Guangzhou, capital of Guangdong province, is promoting the construction of a global transportation hub by increasing investment in the building or expansion of its airport, ports, high-speed railway lines and expressways. 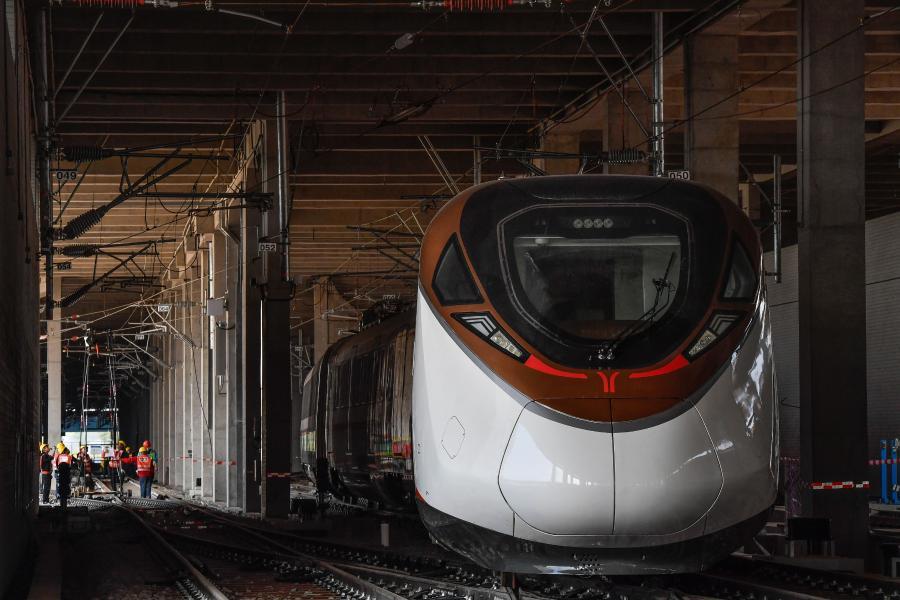 It will also enhance infrastructure connectivity with Hong Kong and Macao and other major cities in the Guangdong-Hong Kong-Macao Greater Bay Area to speed up construction of a world-class Bay Area, said Zhou Qingfeng, deputy director of Guangzhou's development and reform commission.

"As a national core city, Guangzhou will be able to play a leading role in coordinating and promoting the planning and construction of an advanced intercity railway network in the Greater Bay Area in the following years," Zhou said at a news conference on Wednesday.

Guangzhou will also build a railway link with Macao to promote Macao and Zhuhai's access to the national high-speed rail network, he said.

Wang Xiaoyong, its general manager, said the airport, which now operates more than 230 international flight routes, will have three terminals and five runways, allowing it to handle more than 140 million passengers a year once the expansion project is completed.

Yuan Yue, deputy director of Guangzhou Port, said it now operates more than 210 international container ocean routes and will complete the fourth-phase expansion of Nansha Port, located at the mouth of the Pearl River, this year. The project will dredge waterways and increase pier capacity to meet growing demand.

Guangzhou Port handled more than 56.7 million metric tons of cargo last month, a year-on-year increase of 19.3 percent and a record high for a single month.

Guangzhou's transport department and metro company have also promised to expand and improve the city's expressways and subway network to support its ambition to become an international transportation hub.