GUANGZHOU - The southern Chinese city of Guangzhou has tightened anti-epidemic measures in parts of the city to curb the recent COVID-19 resurgence, local authorities said Tuesday. 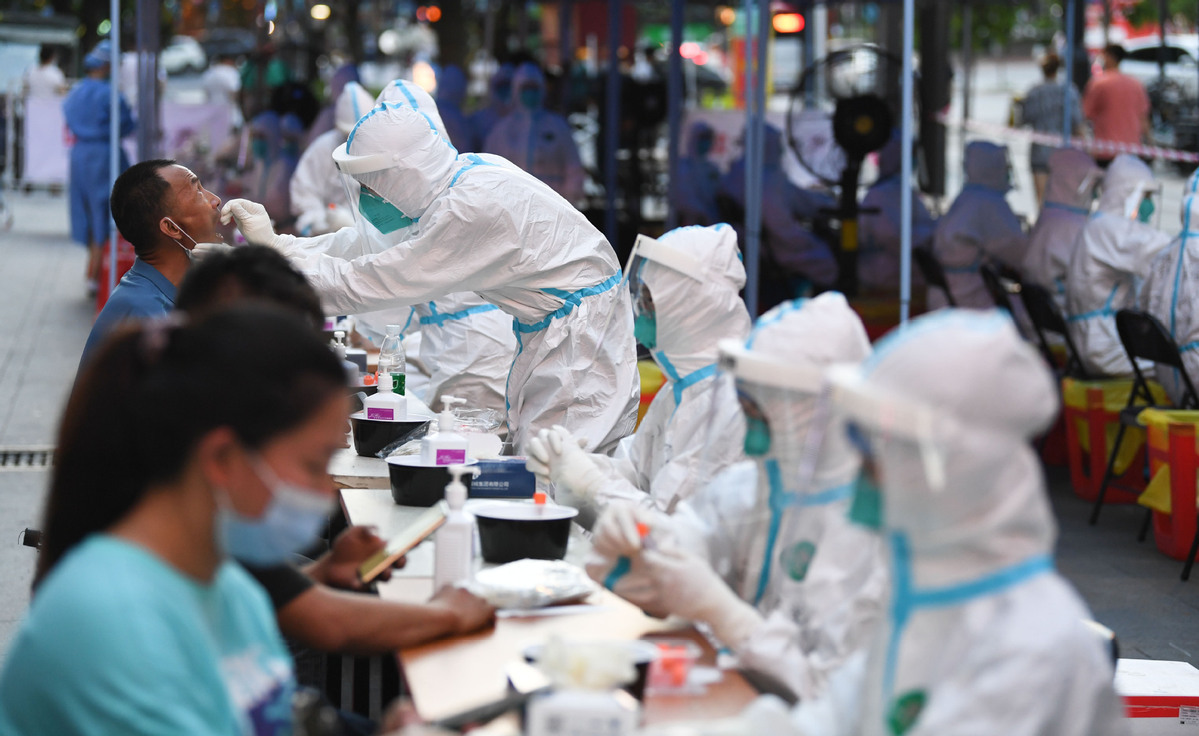 Health workers give residents nucleic acid tests at a community in Guangzhou, Guangdong province, on May 27, 2021. (Photo: Xinhua)

The city has implemented closed-off management on the Zhongnan subdistrict as well as 37 other locations and their surroundings. People in these areas must follow strict quarantine measures and stay indoors.

Strict management has also been enforced on some key areas where the cases had visited. Gatherings have been banned and people are forbidden from leaving these areas.

In other parts of the city, residents are required to show health codes when taking public transport or entering public venues.

The control measures will be adjusted, downgraded, or lifted according to the epidemic risk assessment of these areas.

Guangdong province, which administers Guangzhou, registered 11 new locally transmitted confirmed COVID-19 cases on Monday, according to the provincial health commission. All of them were reported in the provincial capital Guangzhou.