Guardians of the Belt and Road dedicate prime years in Myanmar

Chinese President Xi Jinping will pay a state visit to Myanmar Friday, which is the first visit by a Chinese President in 19 years. Today, let's hear the story of a group of Chinese workers who have been hard at work contributing to one of the flagship projects of the Belt and Road Initiative in Myanmar.

The China-Myanmar Oil and Gas Pipeline is a pioneer project of the Belt and Road Initiative. And it's one that's brought tangible benefits to both countries, and won broad public support.The oil pipeline, which winds its way from the port of Kyaukpyu in Myanmar to Ruili in China's Yunnan Province, was put into formal operation in 2017. The accompanying gas pipeline came online in 2013. 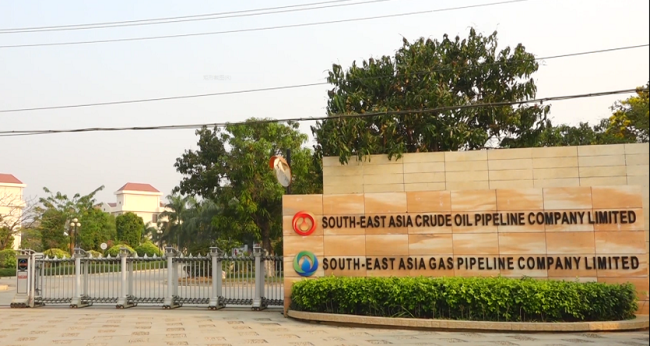 The South-East Asia Crude Oil Pipeline Company is a joint venture in Mandalay, Myanmar, which is owned by China National Petroleum Corporation and the Myanmar Oil and Gas Enterprise. (Photos: ChinaPlus)

Li Zhengqing leads a team of 12 Chinese technicians at the Oil & Gas Pipeline Control Center, which is based in Mandalay. Together, they oversee a management system that provides round-the-clock monitoring of the Pipeline. Li spoke highly about his team's work on the project, and the initiative that helped to make it happen.

"The Belt and Road is a magnificent proposal. Our center is a small part of this mega-project; we are just like a cog in a gigantic machine. But I think it is imperative that our team work tirelessly to fulfill our duties."

The control center needs workers to be on duty around the clock, so the team of 13 young men alternate between a morning shift and an evening shift every four days. To keep these visiting workers fit and make them feel at home, the center provides amenities such as badminton and basketball courts, and ping-pong tables. It also holds sports competitions, get-togethers and birthday parties. 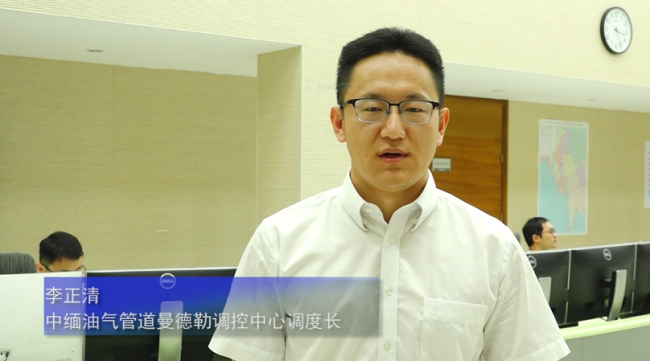 Li says he takes pride in the fact that the pipeline has operated smoothly since it went into operation.

"I am very familiar with the sound of the monitoring system's alarm. Sometimes, I do worry that I'll get a call from my colleagues at midnight informing me of an accident. But I have confidence in their professional skills and their sense of responsibility to deal with an accident in no time."

As the 13-hour-long evening shift packs up for the day, Li is looking at another long day standing guard in the control center, ensuring that this massive energy project can continue delivering gas and oil to China, as well as huge profit to Myanmar.