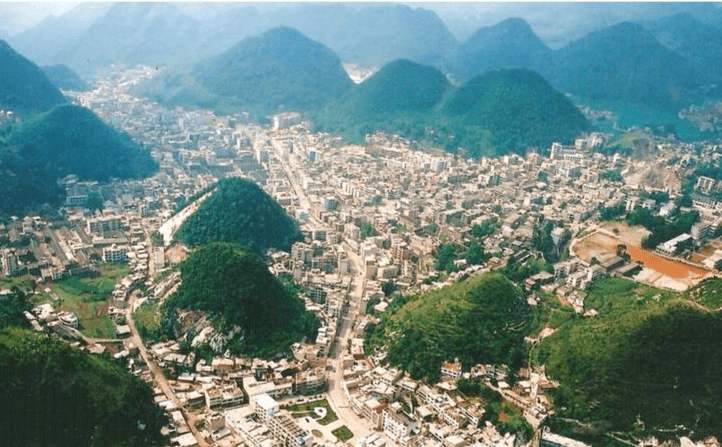 “Last year two of my life’s wishes were both achieved," says Luo Huiming, a 63-year-old villager of Daqiao Village in Guizhou Province.

Second, the whole family moved out of their dilapidated wooden house into a new cement house in Guanling Buyi and Miao Autonomous County.

"We finally have a decent home," Luo says.

Guizhou government launched its scheme in 2008 as one of the first provinces in the country to carry out pilot projects for the renovation of dilapidated houses in rural areas.

Since the 18th National Congress of the Communist Party of China, 2.2 million dilapidated rural houses have officially been renovated, benefiting more than 8 million rural residents.

"The old house built in the 1980s was leaking and ramshackle on rainy days," says Zhang Huajun, a villager of Pingshang Village in the town of Houchang, Ziyun Miao and Buyi Autonomous County.

His flaky tiled roof helped identify his home as a level D dilapidated house. Zhang received subsidies to renovate the house, but was sick all year and could not do the work.

The government relocated 13 such households in Pingshang who lacked the ability or funding to renovate their homes.

The county government came up with a plan to build high-quality houses for those people with a weak capacity to work or raise funds, Yan explains, including the correct square meters per household.

Zhang Huajun picked a sunny day in April to move his family into their new home. The cement house has a spacious bedroom, bathroom and kitchen.

In addition to subsidizing private renovations by residents themselves, Guizhou authorities have planned and promoted their own renovations including utilizing idle public housing.

Tao Laoba, 68, says he is satisfied with the renovations to his house in the village of Pingshang.

It is still the original house, but the living conditions are better.

In 2019, it was a level B dilapidated house: The main structure was safe, but there were leaks and rot in the doors and windows.

"The construction team organized by the government came to repair it for more than 10 days and the house improved a lot," Tao says.

In 2018, Guizhou launched a special project to address persistent problems such as leaks in the older rural homes.

Their overall plan is to realize separation of kitchen from bedroom, toilet from pigsty and ultimately, human from animal.

In this way they seek to improve the living function and sanitary condition of rural houses and the overall rural living environment.

More than half the houses of Jiaojie Village in the town of Shaying, Guanling County, are shingle with leaky roofs.

In October 2018, a series of eight mass investigative meetings were held where villagers identified and discussed houses’ particular renovation needs.

Before the meeting, village cadres went door-to-door to publicize the identification standards and procedures for the overhaul of leaky old homes.

At the meeting, villagers were invited to review the proposed list to be submitted to a higher level of government of those houses in special need of renovation based on their domestic situation.

"People could see for themselves whether the quota was allocated fairly because the process was truly open and transparent," says Jian Zexing, the village’s Communist Party of China (CPC) secretary.

The village’s final list was submitted to the higher authorities where the data passed through "two lines," "two signatures" and "two responsibilities," Jian explains.

Township CPC and government chiefs reviewed and signed the list, as did housing construction, poverty alleviation, civil affairs and Federation of the Handicapped officials.

At the beginning of 2019, the long-awaited renovation finally began on Mao Changwen's house.

Mao remembers during those 10 days, "several groups of people came to check the quality and took photos."

They included village and county officials representing the Ministry of Housing and Urban-Rural Development, Ministry of Civil Affairs and Ministry of Finance.

To prevent quality problems, the county strengthened training and supervision of construction workers who contracted for renovations, Wang explains.

Meanwhile county authorities resolutely forbid the use of substandard building materials or construction that breaks code.

To involve all villagers in the process, provincial authorities compiled, printed and distributed free materials including policy instruction cards and simple design models.

"The government is more concerned about my house than me!" Mao jokes.

Much of the more ramshackle housing belongs to households that reside deep in the mountains where transportation is inconvenient, explains Huang Hua, deputy chief of the Ziyun County ministry of housing and urban-rural development.

The platform lists households provided by the poverty alleviation department.

When on site, frontline cadres can access the mobile app to upload pictures of the renovated house, safety assessment results and other pertinent information.

Tao Laoba's information is clear at a glance of the app: A wooden house of less than 100 square meters at level B safety.

"The original intention in developing the app was to combine online and offline work," says Xiong Qihui, director of the village and county office of the provincial ministry of housing and urban-rural development.

Housing safety information for impoverished households can be obtained through the mobile app any time, Xiong notes.

Since February, 66,142 officials of all levels have verified the platform’s information via 3,501,649 “person-times,” providing more effective and accurate management of rural housing in Guizhou.