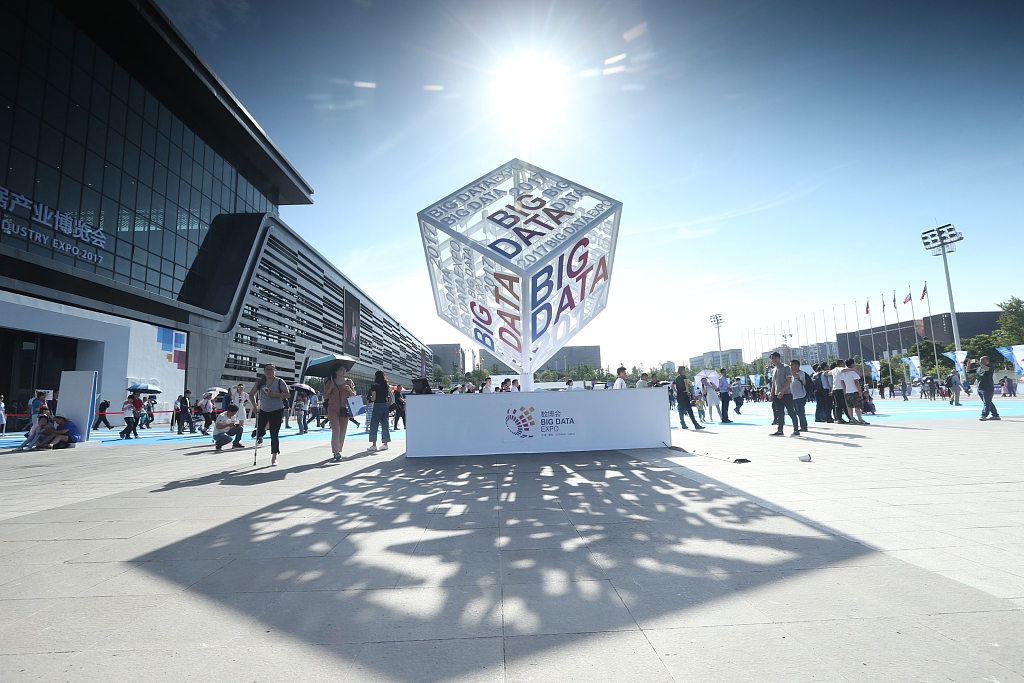 But the province has undergone a high-tech makeover in recent years as it has built up its big data industry.

Located in the southwestern part of China, Guizhou has long been considered a less-developed area due to its geographical position.

But the remoteness and isolation have created advantages for the growth of the big data industry. Located away from earthquake zones, the province boasts a cool climate and ample sources for power generation.

In January 2012, the State Council, China's cabinet, issued a notice on further promoting the sound and rapid economic and social development of Guizhou, which focused on developing emerging industries, the next-generation information technology in particular.

Closely following the national development strategy, the province has become a pacesetter in developing big data since 2013.

The development of the big data industry in Guizhou, China's first big data comprehensive pilot zone, not only attracted worldwide attention and investment from global internet giants, but also put the province on the world stage as part of global economic and trade exchanges.

To date, the big data industry in Guiyang has exceeded 100 billion yuan ($14.85 billion) in value. The city is home to over 4,000 big data enterprises or companies involved in the industry.

Apart from a group of domestic giants including Alibaba, Tencent, Huawei and JD.com, a number of Fortune Global 500 multinationals have also grown their big data business in the city, such as Foxconn, IBM and Apple.

Guiyang has been promoting innovation and entrepreneurship by embracing big data and the application of technology, said Xu Hao, vice mayor of Guiyang.

Big data has grown into a powerful engine driving the high-quality economic and social development of the city, Xu told the Global Times on Saturday.

"The big data sector is an outlet for Guizhou's growth, which will not only aim to promote economic development, but also focus on protecting the environment," he said.

The big data era has offered Guiyang an unprecedented opportunity to speed up and overtake other cities in growth. It helps Guiyang start on a level playing field with other cities, said Tang Zhenjiang, director of the Guiyang big data development and management committee.

In a report released by the Economist Intelligence Unit in 2015, Guiyang ranked first among 93 Chinese emerging cities.

The city was also praised as the best-performing Chinese city in a report issued by Milken Institute in 2016, followed by Shanghai, North China's Tianjian Municipality and Beijing.

Utilizing big data to promote the upgrading and transformation of traditional industries is key to developing the big data sector in Guiyang, and the city has strengthened efforts to guide and lead all industries in upgrading, Xu noted.

For instance, XDX Materials, based in Guiyang, created a smart platform for the concrete industry, which helped collect and share data in real time at each production link.

The rate of defective products from the firm decreased by 60 percent and labor costs went down by 50 percent with the help of the platform.

"It's just a start to promote the combination of big data and artificial intelligence technology with traditional industries in Guiyang," Xu said, noting that the number of industrial enterprises above designated scale was 742 in Guiyang in 2018 and 60 percent of them have adopted intelligent management through using cloud services. The figure is expected to reach 80 percent in 2019.

The development of big data has also helped drive industrial upgrading of rural areas. Xiuwen county, which is located north of Guiyang and had been trapped in poverty, has become increasingly popular for its kiwi fruit plantation.

In 2016, Xiuwen invested 390 million yuan to build a kiwi fruit science and technology park with an area of 300 mu (20.01 hectares). The county also set up an agricultural big data Internet of Things(IoT) platform to complete the construction of five kiwi plantation data collection systems.

"Consumers can track every step of the production process online," a local farmer, who preferred to remain anonymous, told the Global Times on Sunday.

Thanks to these efforts, demand for the county's kiwi fruit has grown across the country, he said.

In 2018, a carton of 16 kiwi fruits from Xiuwen sold for 168 yuan in the supermarkets of Shanghai and Beijing and was in high demand.

The success of Xiuwen's kiwi fruit industry has helped increase the annual income of local farmers from 1,000 yuan to 10,000 yuan.

The application of big data technology has been contributing to targeted poverty alleviation in the province.

Yang Rui, engineer of the National Engineering Laboratory in Guiyang, said that the laboratory is planning to build an online platform powered by big data that could offer suggestions for local farmers about the types of vegetables to plant for better income.

"We have collected information from about 20 poverty-stricken villages and towns in Guizhou, such as the vegetable plantation area, the local climate and the price of vegetables in nearby markets, in a bid to serve as a reference for local departments and farmers to plan cultivation," Yang told the Global Times on Friday.

With the help of the platform in the future, the work of local farmers will become more effective and they can pursue good prices, Yang noted.

The laboratory, which is a cooperation project between China Electronics Technology Group Corp and the local government, aims to provide intelligent resolutions driven by big data for administration affairs and public services.

"We are now planning a laboratory for the Xiongan New Area [in North China's Hebei Province]," which features high technology and smart city management, Mu Qilin, vice director of the National Engineering Laboratory in Guiyang, told the Global Times.

"We would like to bring our research concept, outcomes and foundation to Xiongan and will conduct further research and innovative work based on the new economic zone's actual industry development," he said.

Mu noted that more efforts are needed to guarantee data safety as "data should be shared willingly instead of by force."