As a key project in the construction of the Hainan Free Trade Port, the Haikou Meilan International Airport  Phase IIis expected to be upgraded and receive more tourists in the future.

On July 6, the aircraft movement area, Terminal 2, and integrated transport corridors have been completed, creating conditions for opening to air traffic by within this year.

When the Meilan Airport Phase II project is complete, a double-runaway will come into use, which will increase the passenger throughput to 45 million and annual cargo throughput to 600,000 tons. 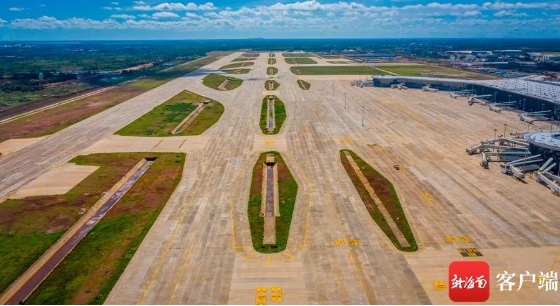 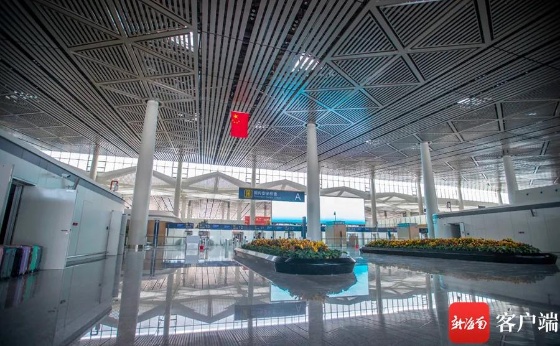 The Chinese National Flag in Terminal 2.

In constructing a world-class airport hub, the Phase II project aims to provide convenient transportation for passengers in order to create a gateway to the Free Trade Port. 17.8 billion yuan has been invested in the project. A 4F-class aircraft movement area which includes a 3,600-meter runaway has been built, and the double runway will come into use, which will increase the passenger throughput to 45 million and annual cargo throughput to 600,000 tons.

The newly established Tterminal 2 covers 296,000 m², which increasing International route support ability, creating conditions for the implementation of the Fifth and Seventh Freedom of the Air, and will increase the annual throughput of international passengers from 8 million to 10 million. 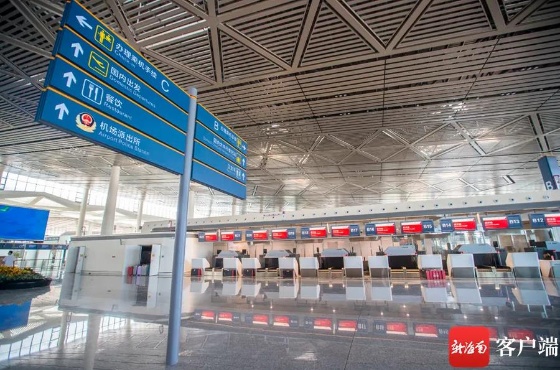 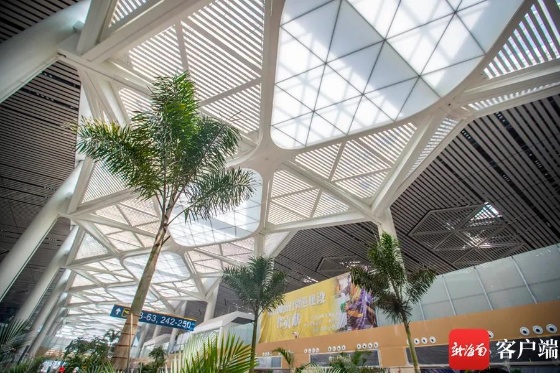 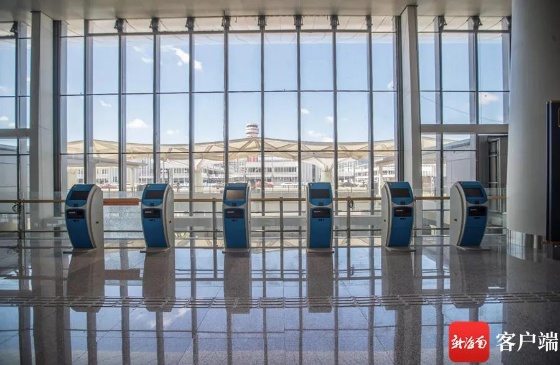 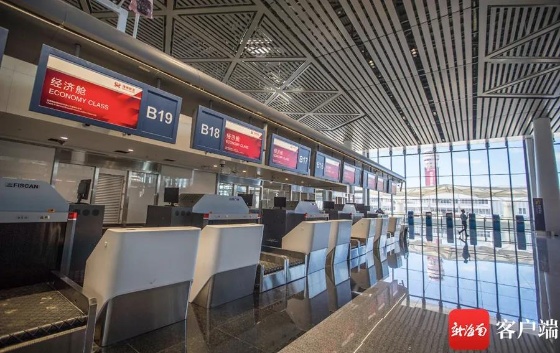 Terminal 2 was designed by domestic and international design companies such as ADP Ingénierie (ADPI), Chapman Taylor, and the Beijing Institute of Architectural Design Group (BIAD). Inspired by the traditional buildings of Hainan, designers integrated many Hainan cultural elements in such as arcade (qilou) architecture, boat-shaped houses, and the brocade of the local Li people into the Terminal 2 building. Bougainvillea, the city flower of Haikou, has also added to the overall design. In addition, tropical island elements such as beaches, waves, and beautiful landscapes are integrated into the central corridor in order to create a tropical island atmosphere. 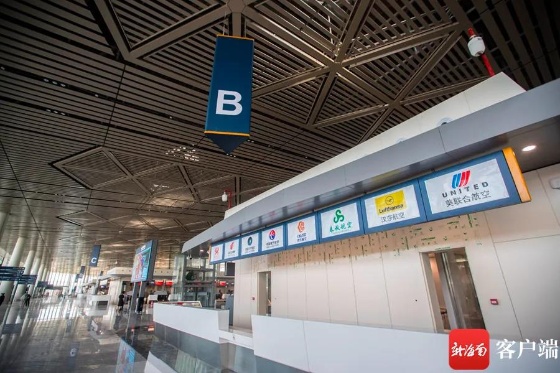 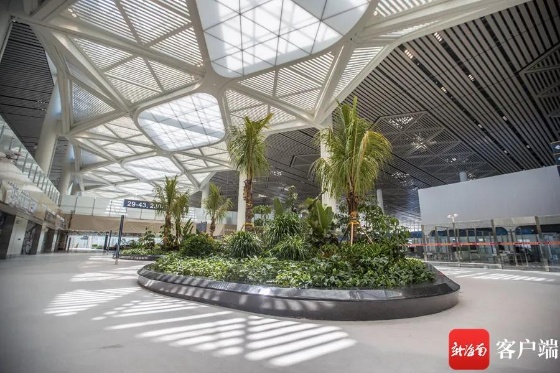 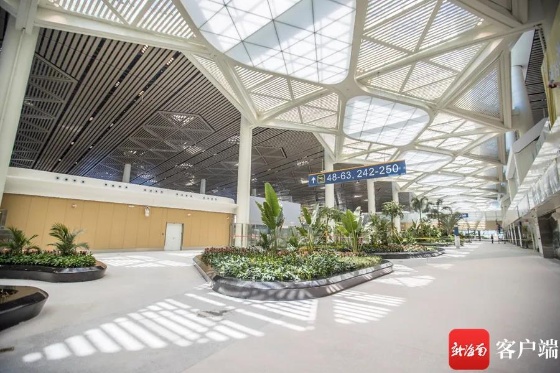 From July 1, Hainan’s new island departure duty-free policy has come into effect, which will promote the duty-free and tourism industries in Hainan. The Phase II project aims to create the biggest airport duty-free shop in China in cooperation with the China Duty Free Group (CDF). Currently, 584 world-renowned brands have been introduced to the airport, covering 11% of the total area of the terminals. 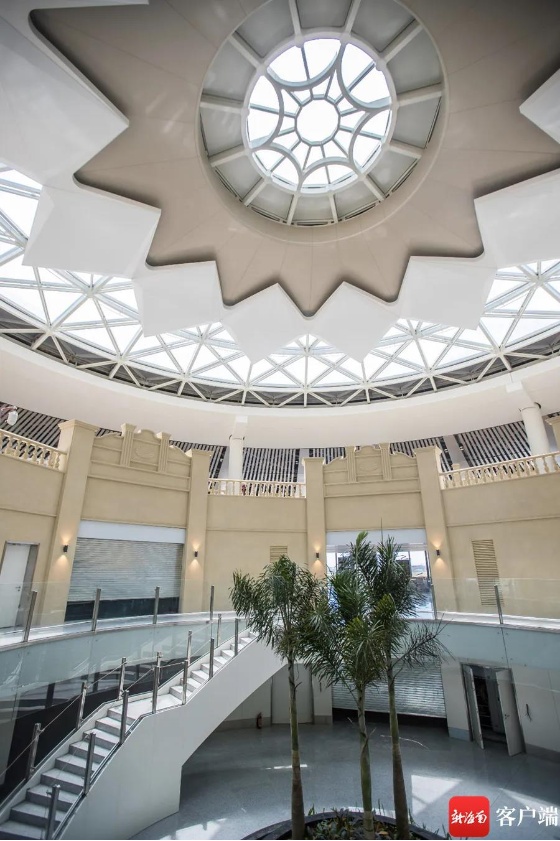 Many local elements are integrated into the airport. 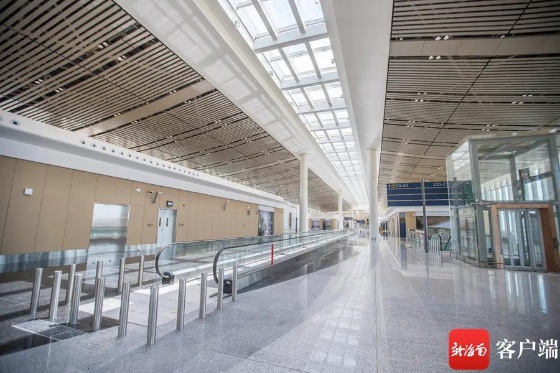 The terminal was designed to provide convenience for passengers. It only takes 5.5 minutes to walk from the security checkpoint to the farthest departure gate. Public signs have been translated into five languages including Chinese, English, Russian, Japanese, and Korean. 30 information systems including self check-in, self baggage check, and visual consultation machines are provided for passengers in order to make their trips easier and more convenient.