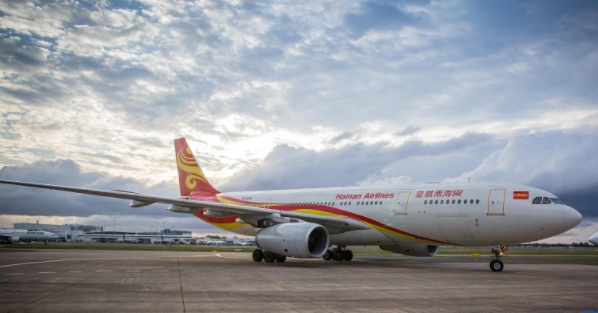 This will be the first nonstop scheduled passenger flight from the U.S. Midwest to China's southwest hinterland.

Hainan Airlines will offer the nonstop flight service with a 213-seat B787-8 aircraft twice weekly, on Tuesdays and Saturdays. The flight takes 16 hours and five minutes westbound and 14 hours and 50 minutes eastbound.

With the opening of the new air route, passengers flying from Chicago to Chengdu will have easier access to Chengdu's neighboring cities such as Guiyang and Kunming.

The Chicago-Chengdu air service is expected to bring 35 million U.S. dollars in annual economic impact to the Chicago region. And it will benefit Chicago's growing global business and trade partnerships across China, where more than 150 Chicago-area companies have operations.

On July 15-23, 2019, World Business Chicago led a business mission to China to continue to strengthen economic ties and further implement the Gateway Cities Agreement. The mission stopped in Chengdu and Beijing, and met with Hainan Airlines leadership.

China has for many years remained one of the top trade partners for U.S. Midwestern states, as well as an important source of investment.

In the first 11 months of 2018, Chinese tourists visiting Chicago increased by 2.1 percent over the same period of 2017, according to Choose Chicago statistics.