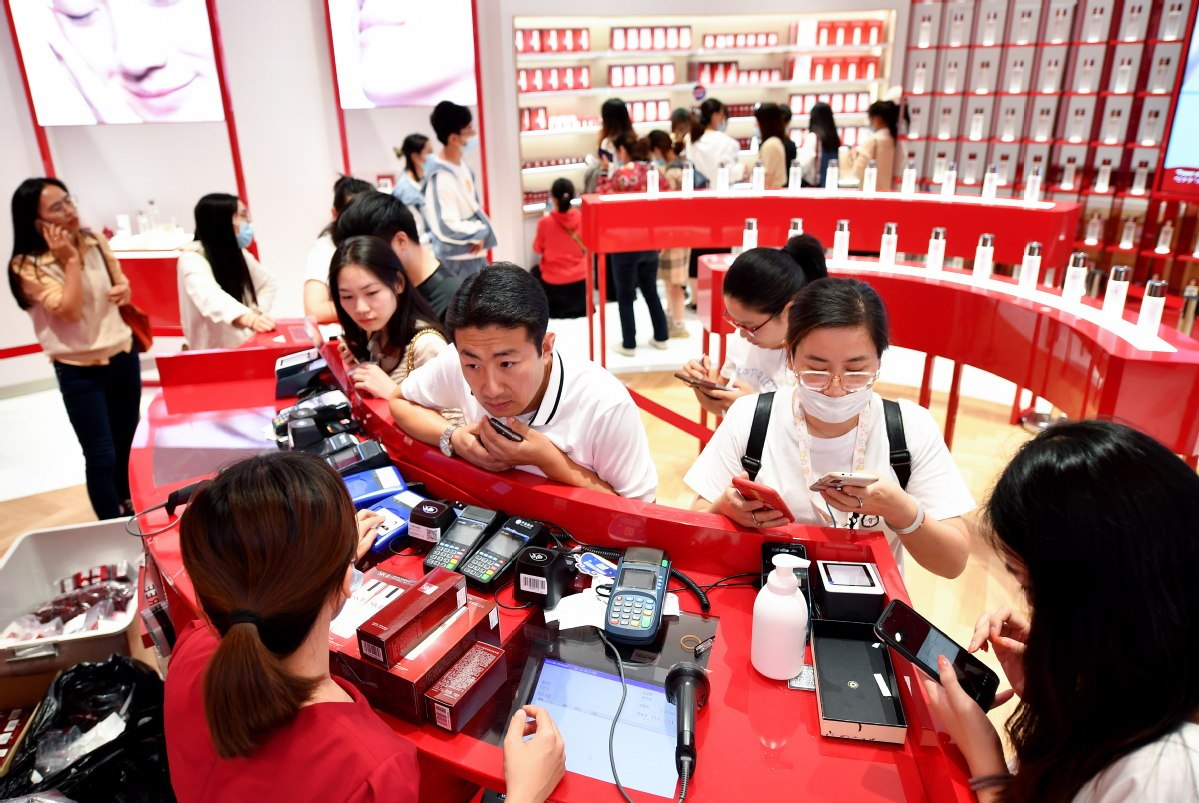 Designed to meet the diversified needs of tourists in Hainan, the cargo flight will run directly between Sanya and Hong Kong on a regular basis, said local authorities.

Since the individual annual quota for offshore duty-free shopping was expanded from 30,000 yuan ($4,560) to 100,000 yuan starting from July 1, duty-free goods like fragrance products have been sought after in large quantities by tourists.

Reports from the General Administration of Customs said that Haikou Customs supervised sales of duty-free goods worth 12.01 billion yuan in the four months since launching the new policy, up 214.1 percent year-on-year.

Meanwhile, the number of customer visits reached 1.78 million, up 58.8 percent, while 12.87 million pieces of goods were purchased, up 139.7 percent year-on-year. Cosmetics, watches and jewelry accounted for 72.8 percent of the total tax-free sales in the island's four duty-free shopping centers.

The direct cargo flight between Hong Kong and Sanya was one of the latest moves arranged by Hainan provincial authorities to turn Hainan Free Trade Port into a hub for the "dual circulation" strategy, where domestic and overseas markets reinforce each other, said local officials.

Chinese authorities released a master plan on June 1 for the construction of Hainan Free Trade Port, aiming to build the island－32 times the size of Hong Kong－into a globally influential high-level free trade port by the middle of the century.

Earlier, on Sept 29, Hainan FTP launched its first intercontinental shipping line linking Hainan with Australia and other Asia-Pacific countries, said officials from the Hainan Yangpu Economic Development Zone, the main industrial park, which serves as a pilot zone for early policy arrangements for the construction of Hainan FTP.

Data from the Yangpu administration showed that container throughput at Yangpu Port reached 693,000 twenty-foot equivalent units in the first three quarters, up 37.9 percent year-on-year. Container volume is expected to exceed 1 million TEUs this year, adding impetus to the construction of Hainan FTP.

The Civil Aviation Administration of China has announced a plan to open the seventh right of navigation for passenger and freight transport in Hainan FTP on pilot basis－a move which will attract foreign airlines to fly Hainan routes and develop international routes based on Hainan to help build Hainan FTP into an international aviation hub, said experts.

They said the launch of the newest air and shipping routes has opened up new paths for trade between China and the outside world. It also demonstrates the determination of Hainan FTP to share market opportunities with the world and promote recovery of the global economy.

While enhancing innovation-driven development with its sea, land and air transportation industries to enable full play of its role as an important window in making overall use of domestic and international markets and resources, Hainan will build itself into an important hub of dual circulation by promoting synergistic development of Hainan FTP with the Guangdong-Hong Kong-Macao Greater Bay Area, Shenzhen Special Economic Zone, the Pan Pearl River Delta region and the New International Land-Sea Trade Corridor－a trade and logistics passage jointly built by western Chinese provinces and regions and the Association of Southeast Asian Nations, said Liu Cigui, secretary of the CPC Hainan provincial committee. Liu said Hainan FTP will continue with solid efforts in building the province into an international tourism consumption center, making good use of its offshore duty-free policies to cultivate new consumption patterns that will better accelerate economic development.

Xia Feng, executive director of the Institute for Advanced Studies of Humanities and Social Sciences at Hainan University, said Hainan FTP can play a major role in building a new growth paradigm of dual circulation. "Its low and simplified tax policies will attract foreign investment at a very low threshold to gather in Hainan and also encourage foreign manufacturers to export their products to Hainan," Xia said.

"On the other hand, backed by the country's 1.4 billion consumers, many of them now have sound spending power and consumption needs, so the offshore duty-free shopping policy will lure more people to travel and purchase goods in Hainan as the services sectors of finance, healthcare, education and logistics are being upgraded further in a timely manner," he added.

Shen Danyang, vice-governor of Hainan, said that to implement the national strategy of building the free trade port on the island and making Hainan a pacesetter for the country's opening-up, Hainan has taken steps to promote the liberalization and facilitation of trade, investment, cross-border capital, human resources and transportation and to ensure safe and orderly data flows.

Shen said Hainan FTP has also unveiled competitive tax policies in striving to build a world-class business environment. The inflow of foreign investment is expected to double this year with the implementation of a slew of policies to facilitate trade, investment and cross-border fund flows.

Michiel Bierkens, consul general from the consulate general of the Kingdom of the Netherlands in Guangzhou, said construction of Hainan FTP has released many new opportunities for cooperation. Dutch enterprises are looking forward to further cooperation with Hainan in the fields of logistics, finance, aviation, tourism, law, modern services and agriculture.

In the next five years, Hainan will strive to create a new highland of reform and opening-up, and turn the island province into an important window for China's further opening and an important gateway to the Pacific and Indian oceans, according to a recent meeting on drafting Hainan's development plan for the 2021-2025 period.

With new steps to be taken in reform and opening-up in the 14th Five-Year Plan period (2021-25), China will further improve its socialist market economy and basically complete the building of a high-standard market system, said a communique issued after the conclusion of the Fifth Plenary Session of the 19th Central Committee of the Communist Party of China in late October.