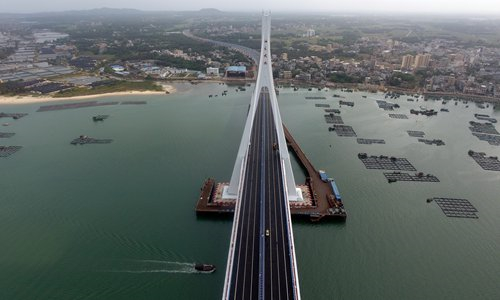 The loosened housing purchase policy aims to encourage and support employment for talents, business entrepreneurship in Sanya, as well as the construction of a Hainan free trade zone and free trade port in the city.

The talents that can enjoy the loosened housing policy are college graduates with at least a full-time bachelor's degree who have worked in Sanya for at least 12 months and paid social security and individual income taxes for 12 months, according to a post by the Sanya government on its official website on Saturday.

Those who meet the above conditions can buy an apartment in the city or any city in Hainan province, the policy statement said.

According to Sanya government's announcement, urgently needed talents whose families do not have houses in Hainan Province can buy an apartment in Sanya city directly.

Sanya has added finance and real estate industry to the list of fields in urgent need of talented people announced by the Hainan government. Industries on the list vary from health, emerging technology, logistics, agriculture, tourism, education, marine and other industries, the majority of which would require full-time college education certification or above.

This is the second notice Sanya city has issued to guarantee housing to attract urgently needed talents. A previous notice was announced on June 20, clarifying the conditions for talents that can receive rental subsidies, can live in the talent s apartments and can buy commercial housing in the city.

It is worth noting that since this year, many second-tier cities in the country have loosened their house purchasing policies to attract talents.

Data from Centaline Property Agency Limited shows that 150 cities have issued policies to attract talents since the beginning of the year. The most popular cities are North China's Tianjin Municipality and Nanjing, East China's Jiangsu Province, where talent introduction is directly related to housing purchase and settlement.