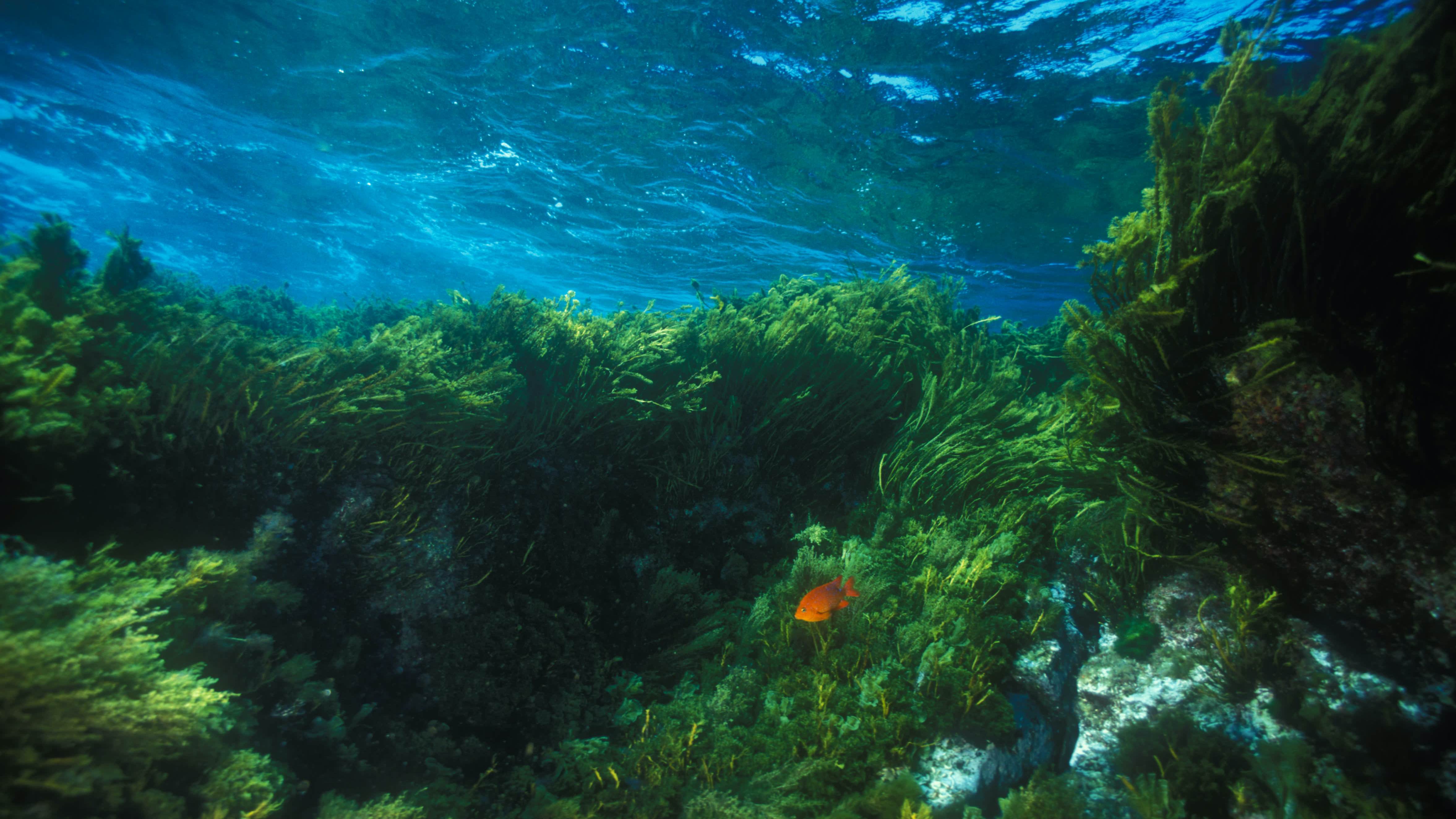 In the past few years, seagrass beds—a vital foraging ground for many species residing in the coral reefs—along the bay have degenerated into barren "deserts" due to human activities.

"As a natural barrier for the coastal belt, seagrass beds serve as a buffer between mangroves and corals," said Chen Shiquan, associate researcher, Institute of Ecological Study at the Hainan Academy of Ocean and Fisheries Science.

"It could reduce the ocean wave and current energy, keep seabed stable, which plays an important role in consolidating the seabed substrate and protecting the coastline," he added.

The experiment on seagrass restoration started at the end of March 2019. Given the strong currents and the large tidal range along the east coast of Hainan Island, it is hard to plant seagrasses on a large scale. Researchers decided to plant sickle seagrass (Thalassia hemprichii) and tape seagrass (Enhalus acoroides) on mudflats for a trial.

"We checked the repaired place every two months. After a year, we found that the survival rate of tape seagrass was over 88 percent, against sickle seagrass of more than 56 percent," said Chen.

To avoid the cultivated seagrass from being flushed away before growing on the seabed, the research team used iron square grids to pin the fishing net, preventing erosion of sediments and slowing down the water currents.

"Attaching fishing net to metal plates will form relatively square grids with some distance between each of them. Through seagrasses' own asexual reproduction, they could constantly grow new seedlings and branches, expand and form a patch, and eventually turn into seagrass beds," said Chen.

Chen said they would continue cultivating plants in the seabed to stabilize the degenerated seagrass beds to restore the foraging grounds and habitat for numerous marine species.