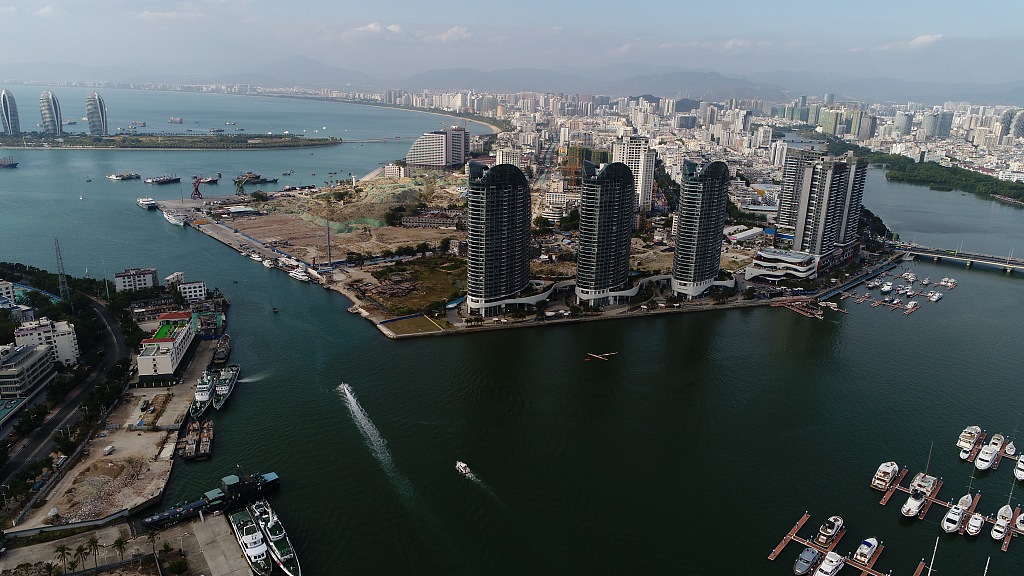 According to the government work report delivered by Shen to the provincial people's congress, which opened its annual session on Sunday, Hainan's GDP reached 483.2 billion yuan (71.6 bln U.S. dollars) in 2018.

The 5.8-percent growth rate failed to meet the 7-percent target Hainan set for last year, but officials said it fell well within their expectations after the local government "took a decisive move" to tame the overheating real estate sector.

Fu Xuanchao, director of Hainan's development and reform commission, said a decline in the real estate investment, which has long been the top driving force of Hainan's economic growth, was the main cause of the lower GDP growth.

The province's property investment dropped by 16.5 percent in 2018, and the square meters of houses sold saw a decline of 37.5 percent, according to the Hainan's statistics bureau.

Fu said the government took "decisive actions" to rein in the property market so as to pursue high-quality development.

"That the GDP growth missed the target was within the expectation of the provincial government and a result of government planning," he told Xinhua.

Bao Hongwen, head of the statistics bureau, said last year's slower GDP growth is the "twinge" Hainan must endure amid its economic restructuring and upgrading.

The province's foreign trade volume last year increased by 20.8 percent, and its actual use of foreign capital surged by 112.7 percent, both higher than the national average.

Fu is confident about Hainan's 2019 GDP target, citing robust impetus to be unleashed by the pilot FTZ and a solidified foundation of development. Enditem