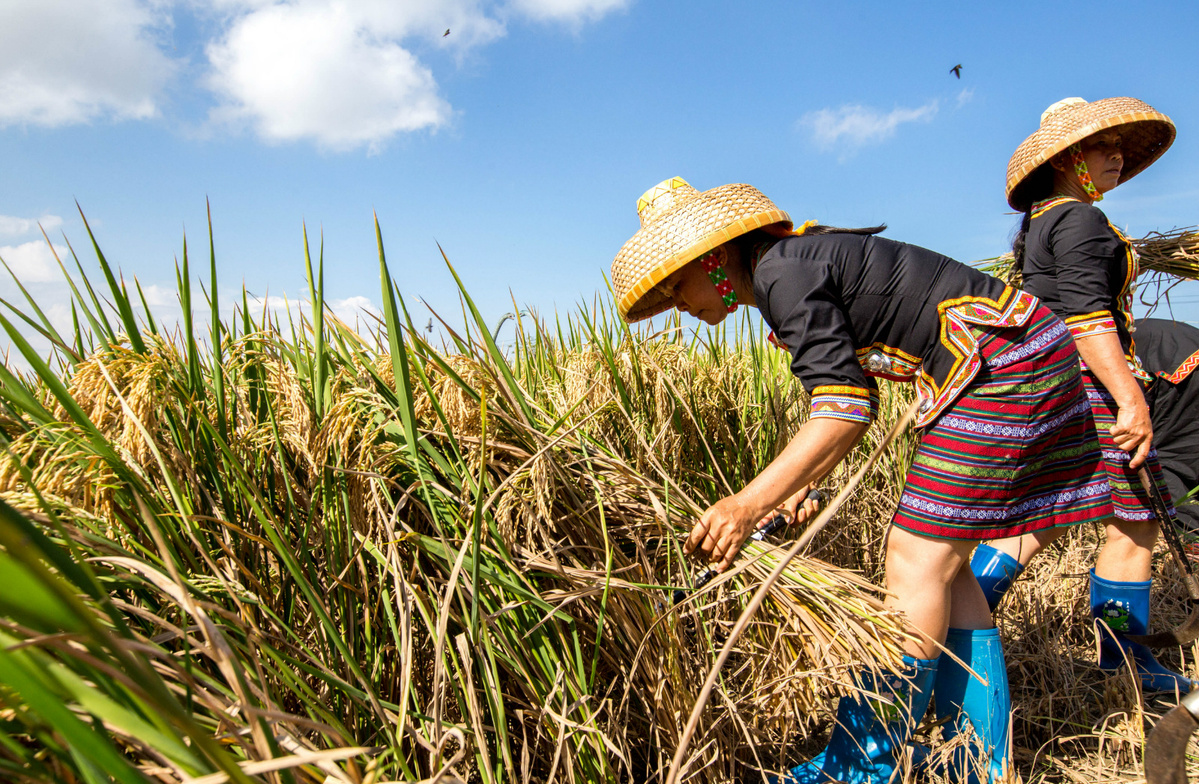 Farmers harvest hybrid rice at the Nanfan Scientific and Research Breeding Base in Sanya, Hainan province, on May 12. (Photo: China Daily)

The international exchanges and cooperative efforts prompted by the Boao Forum for Asia are turning Hainan province into the Silicon Valley of seeds for countries involved in the Belt and Road Initiative, according to a Hainan government official.

More hybrid rice seeds cultivated by Chinese scientists at the Nanfan Scientific and Research Breeding Base in Hainan are being introduced to ASEAN countries. The total combined area of hybrid rice cultivation in India, Vietnam, the Philippines, Pakistan and Indonesia - major rice-growing countries - has reached 4.28 million hectares, said Wang Sheng, director of the Foreign Affairs Office of Hainan province.

Wang spoke at a news conference on March 19 before the Boao Forum for Asia 2019 Annual Conference in Boao, Hainan, which ends on Friday.

Since 2015, more than 100 foreign experts and students from countries involved in the BRI have visited Hainan annually to study agricultural technology, including Nanfan's breeding program, which is "playing the role of Silicon Valley for the country's seed industry", Wang said.

Hainan's climate and biological resources have made Nanfan an important national center of seed propagation. Every winter, more than 7,000 domestic agricultural scientists and workers are busy at the Nanfan centers. More than 70 percent of the country's 7,000 crop varieties have been cultivated in the tropical island province, which is building a global resources center, National Business Daily reported.

"We have sent farming experts to hybrid rice growing areas overseas, and we give local farmers guidance, training and planning for future development," said Xie, who has worked as an expert in Vietnam, Myanmar, Cambodia and Gambia.

Activities at the Boao forum this year will highlight land and sea interconnectivity between BRI countries. Invitations will be sent to overseas participants to share in building a pilot free trade zone in Hainan.