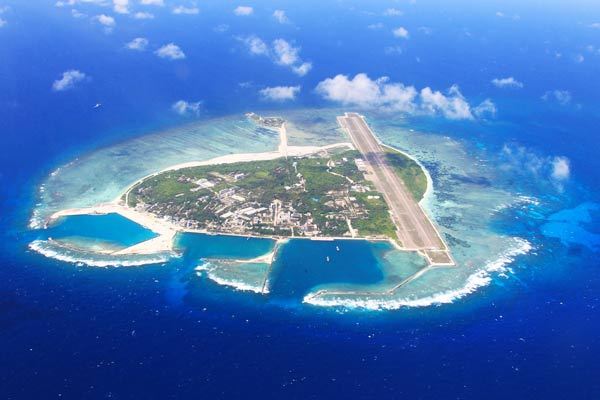 The State Council has approved Sansha, China's southernmost city of Hainan province, to establish two municipal districts, according to an announcement posted on the official website of the Ministry of Civil Affairs on Saturday afternoon.

The announcement said that Sansha has been approved by the State Council, China's Cabinet, to establish Xisha District and Nansha District.

The Nansha District, to be seated on the Yongshu Reef, will be in charge of the islands, reefs and sea areas of Nansha Islands.

Established in 2012, Sansha administers the Xisha, Zhongsha and Nansha islands as well as the surrounding waters of the South China Sea.