CHINA Hainan to phase out fossil-fuel vehicles by 2030

Hainan to phase out fossil-fuel vehicles by 2030

South China's Hainan Province is mulling to phase out the sales of fossil-fuel vehicles by 2030 and accelerate the use of new-energy cars to combat pollution. 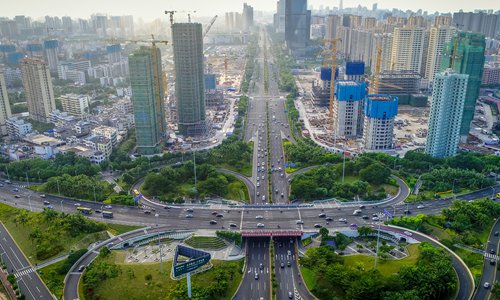 A view of the Hainan Free Trade Zone in October (Photo: VCG)

Hainan's move came after the Ministry of Industry and Information Technology announced in 2017 that China has been studying a timetable to end the sales of traditional fossil-fuel powered cars, but the ministry has not given details about whether, when and how the sales will end.
In order to build Hainan into a center for international tourism and consumption, the Standing Committee of Hainan Provincial People's Congress published an air pollution control decision, which demands the province to reduce vehicle emissions and prohibit the sales of fossil-fuel vehicles step by step.
The decision stipulates that relevant departments should design a plan to accelerate the use of new-energy vehicles and to promote the construction of infrastructures such as chargers for electronic cars.
Jia Xinguang, executive director at the China Automobile Dealers Association, told the Global Times on Thursday that "China's timetable for prohibiting sales of fossil-fuel cars is under study, and automobile enterprises as well as the industry need time for adjustment under the new policy on traditional vehicles."
In April 2018, the State Council published a guideline on promoting new-energy cars, according to the Xinhua News Agency.