HONG KONG, Aug. 6 (Xinhua) -- Half of Hong Kong's eligible population have as far taken at least one shot of the COVID-19 vaccine as the financial hub is racing to build sufficient immunity amid tightening pandemics around the globe. 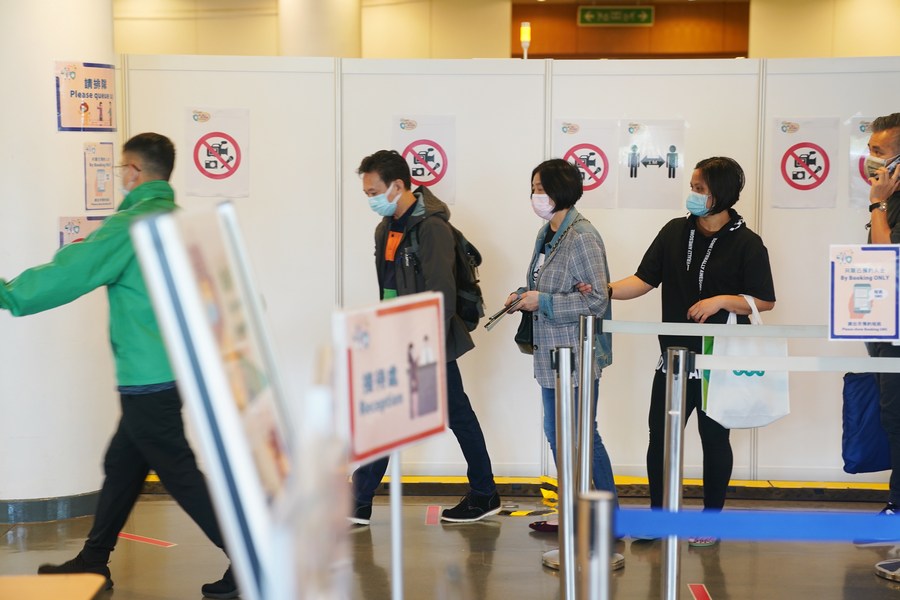 Hong Kong's inoculation drive started to pick up pace at the end of May partly due to the rounds of vaccine benefits, including holidays and lotteries, launched by the government and private companies.

The Hong Kong Special Administrative Region government said the demand for vaccine doses have been on the rise and predicted the share of people getting at least one jab will hopefully hit 70 percent by the end of September as long as the vaccine rollout maintains the current speed.

The government has decided that its 26 community vaccination centers will operate for one more month till the end of October.

Hong Kong's Center for Health Protection reported two new imported cases of COVID-19 on Friday, taking the total tally to 12,004. A total of 31 cases were found in the past 14 days, including an untraceable local infection and 30 imported.