Hami melons, which mainly grow in Southwest China's Xinjiang Uyghur Autonomous Region, are helping farmers in a village in South China's Guangxi to shake off poverty. 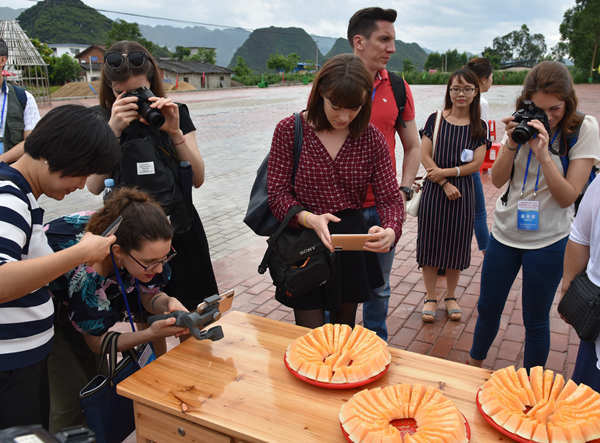 Helv village in the city of Laibin, Guangxi Zuang Autonomous Region, has substantially increased income of villagers who joined a Hami melon cooperative in recent years.

"In 2017, the average income of the 14 impoverish households in the cooperative increased by 18,000 yuan, before they joined, their annual income was around 1,000 yuan," said Li Yongkai, the village's "first secretary".

According to Li, the villagers used to make a living by growing corn and sweet potatoes. They suffered from poverty due to limited arable land per person and low economic value of the farm produce. 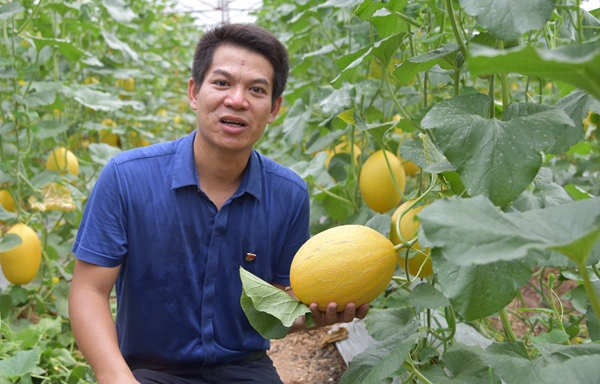 To increase the income of the villagers, the village's party committee decided to choose Hami melons to make a breakthrough based on careful research and study. With 20,000 yuan as a seed fund, they established a cooperative specializing in growing Hami melons.

The cooperative, comprising mainly of impoverished households, shares information, technology and management, and has undergone rapid growth since establishment in May 2016, with the growing area ranging from 20 mu (1 mu is 667 square meters) to 260 mu. The melons, known for the sweet taste and golden color, have been well received by the market, and are even exported to Vietnam and other ASEAN countries. 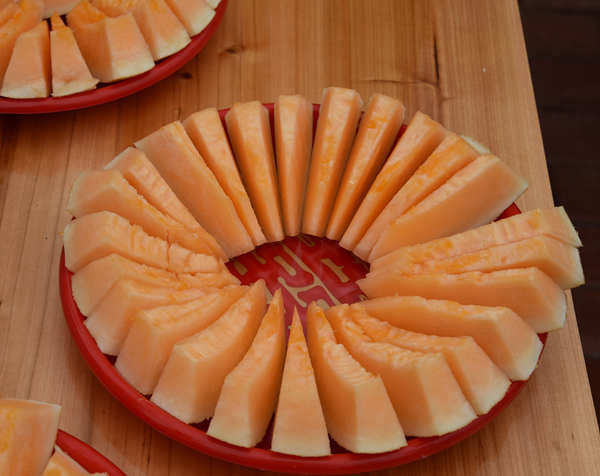 Hami melons in the cooperative.

"I earn over 10,000 yuan a year working at the cooperative, and it is a stable job," said a villager named Liao Suzheng, adding that she felt more comfortable working here comparing to her previous job at a construction site in a city. 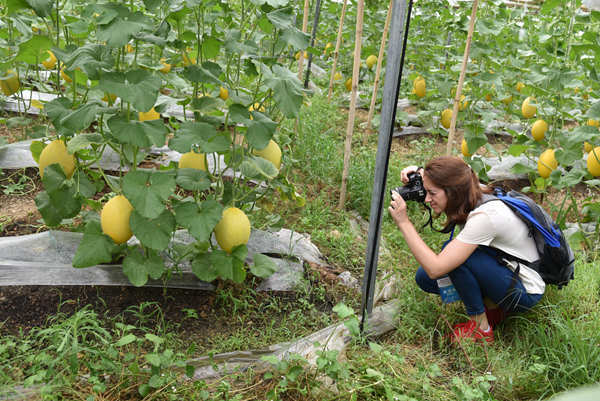 A foreign journalist take photos of the melons.

"Our aim is to rid all families in the cooperative of poverty this year," said Li, adding that they will use the two years to reinforce the achievements made in poverty reduction by continuing to increase the scale of the cooperative.

China has an ambitious plan of lifting all people out of poverty by 2020. To realize the goal, the Communist Party of China (CPC) has been sending Party cadres and members with higher education and experience to work as first secretaries in grassroots organizations, especially in rural areas. More than 195,000 first secretaries have been stationed in impoverished villages.