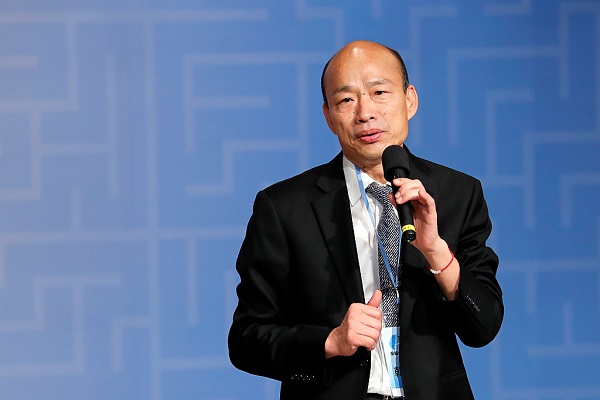 TAIPEI, July 28 (Xinhua) -- The Chinese Kuomintang (KMT) party Sunday approved the nomination of Kaohsiung Mayor Han Kuo-yu as the party's candidate for the 2020 Taiwan leadership election to be held next January.

Wu Den-yih, chairman of the KMT, made the announcement at the party's general congress.

Both Wu and Han stressed at the congress that "there has to be a cross-Strait relationship for peace, stability and development."

The KMT announced on July 15 that Han had won the party's primary poll for next year's election with an average support of 44.8 percent.

On July 17, Wu announced that the KMT central standing committee had nominated Han as the party's candidate for the 2020 election.