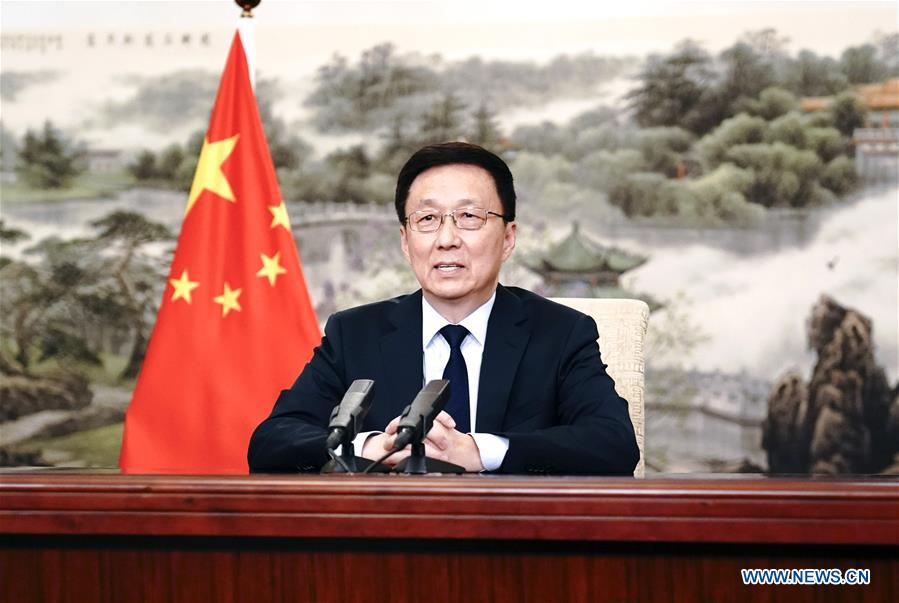 BEIJING, Oct. 17 (Xinhua) -- Han Zheng on Monday expressed full support for the report to the 20th National Congress of the Communist Party of China (CPC), delivered Sunday by Xi Jinping, general secretary of the CPC Central Committee, on behalf of the 19th CPC Central Committee.

The report comprehensively expounds on major policies and strategic plans of the cause of the Party and the country for a period of time in the future, Han said when he joined a group discussion with delegates from south China's Hainan Province.

Han called for firmly advancing the great rejuvenation of the Chinese nation on all fronts according to the arrangements laid out in the report.

While stressing that development is the top priority, Han highlighted the significance of ensuring both development and security. He urged efforts to ensure the security of food and energy as well as the stability of industrial and supply chains.

After listening to the discussion of fellow delegates, Han called on Hainan to push forward the high-standard construction of the Hainan Free Trade Port, focus on trade and investment liberalization and facilitation, and make new progress in comprehensively deepening reform and opening up.