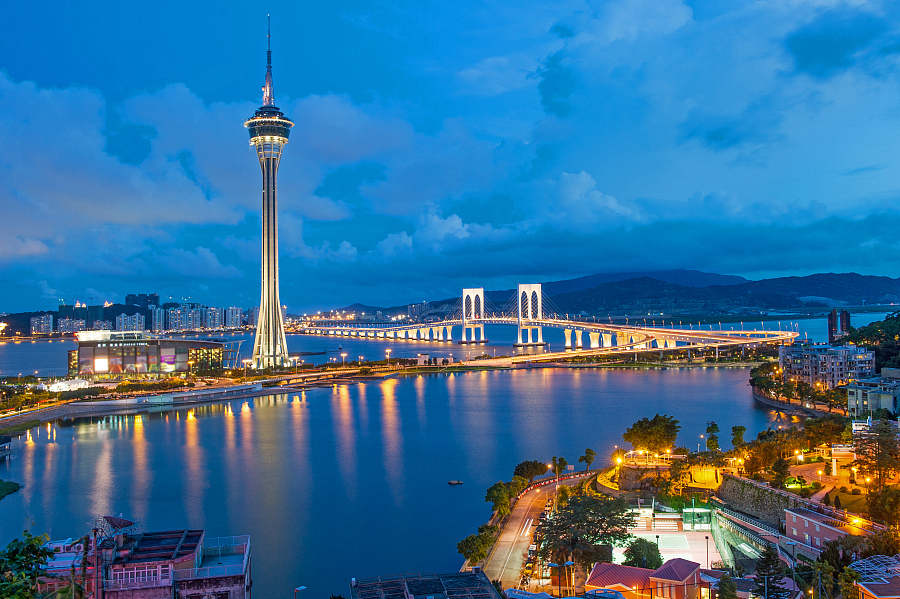 The 1999 handover has not only improved Macao's socio-economic status, but also expanded opportunities in trade and cultural exchanges, a senior executive of the British Council in Hong Kong said.

"Like Hong Kong, Macao is also a very good gateway for the United Kingdom to export a lot of its culture and trade to China and, I suppose, vice versa as well," said Christopher Ng, head of programs development at the British Council in the HKSAR.

Ng was among the participants in the Vision China forum hosted by China Daily in Macao on Wednesday. On the sidelines of the forum, Ng said one of the key opportunities the UK can tap into in Macao is the city's education sector.

"It does come across that there're a lot more opportunities for the education (sector), especially in exporting a lot of the UK's educational aspects," he said.

Ng said the British Council believes there are "a lot more opportunities and we're a lot more keen to establish ourselves in Macao".

He said the UK can offer teacher training, research collaboration and consultancy services.

There's a "relatively untapped market" for training and consultancy services, and the UK needs to understand Macao's educational framework and academic standards to realize the opportunities the SAR can offer.

According to Ng, they have discussed the matter with Macao's education officials, who've expressed an interest in what the UK can offer.

As Macao marks the 20th anniversary of its return next week, Ng said Macao "feels a lot more internationalized" after 1999, adding the people's standard of living has improved.

"I can feel education standards are much higher as well and there's a lot more mobility. And, in terms of tourism, (Macao has) really stepped up their game," he said.

Macao has enjoyed remarkable progress since its return to the motherland. Official data showed that the city's gross domestic product rose from $6.5 billion in 1999 to $55.3 billion last year.

The tourism industry, which accounts for more than 70 percent of Macao's GDP, has continued to prosper. The number of visitors to Macao rose from 6.94 million in 1998 to 35.8 million last year.

According to the International Monetary Fund, Macao has one of the world's highest GDP per capita at around $100,000.

Such economic gains have also produced a better quality of life for Macao's residents. The unemployment rate is below 2 percent, while the literacy level is above 96 percent. The average life span is about 80.4 years, according to United Nations data.

Ng hopes the Macao SAR will continue to follow its path of development, and believes Macao can play a greater role in the development of the Guangdong-Hong Kong-Macao Greater Bay Area.

"It will be interesting to see how, as a hub, Macao can broaden its offer to the rest of the Greater Bay Area and (how it can) influence and inspire other initiatives," he said.

Macao is touted as the tourism and leisure hub of the Bay Area. It also serves as a platform for trade and economic cooperation between China and Portuguese-speaking countries.