By XING WEN and MAO WEIHUA in Urumqi | China Daily 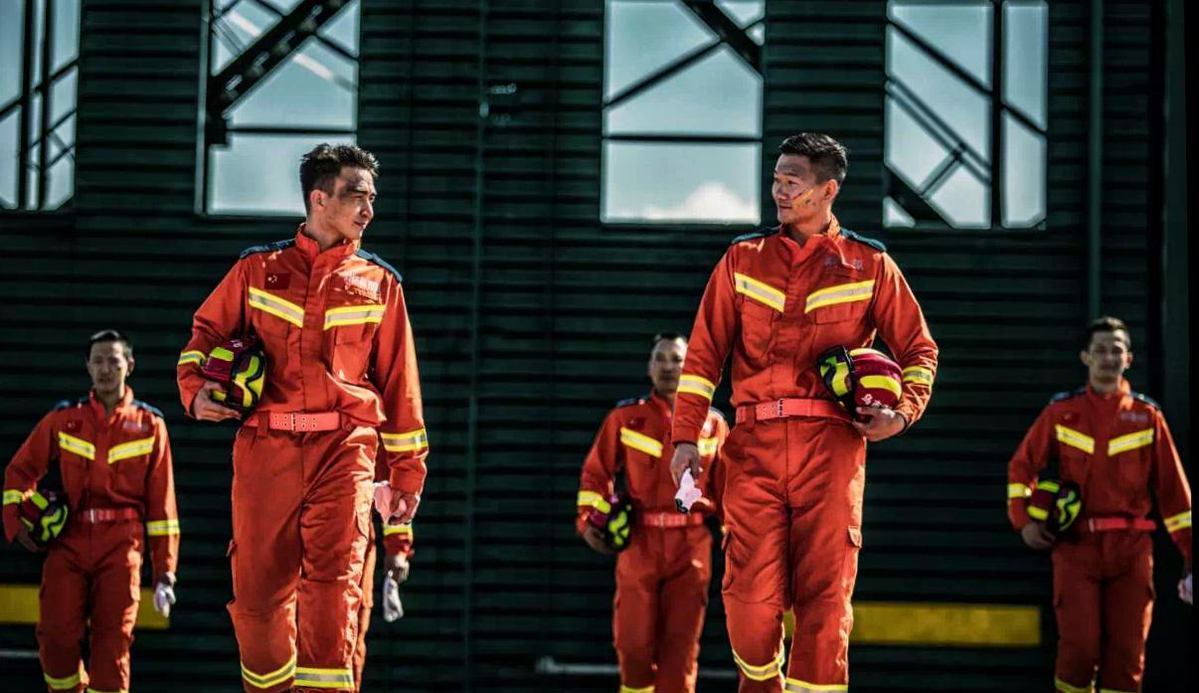 Firemen have a reputation for being hot－and that's not a reference to their job but to their physiques. A good fireman must be fit, and that often means young, handsome and attractive.

All that male virility is now being revealed in a humorous video series produced by firefighters in the Xinjiang Uygur autonomous region as a public service. The firefighters who created it have won the admiration of many netizens, whose comments online run along these lines:

"They are so handsome and adorable!"

"May I pick one of them to be my boyfriend?"

"I want to move to Xinjiang right now!"

The series, in which firefighters from a brigade in Urumqi teach fire hazard prevention, went viral online earlier this month.

The videos follow a pattern: Tursun Mamat, a young fireman, uses the wrong technique to put out a fire－for example, running around when his clothes catch fire when he should be rolling on the ground. Or he douses a grease fire in the kitchen using a soft drink, which only makes it worse.

His supervisor Adham Mahmut shows up to demonstrate the correct method and punishes his protege with physical training, accompanied by comical music.

Adham may not realize that the physical exercise is building the young man's muscles and turning him into a more attractive sex symbol than ever for an appreciative audience.

Netizens from across the country have expressed their affection for the hot firefighters. Some have even gone beyond physical attributes to comment on the work the men perform.

A Sina Weibo user noted that the firefighters have spread information in a creative way that can be understood easily and remembered.

"We want to spread among the people an elementary knowledge of how to prevent and extinguish fires. We use humor to do it," said Adham, 35.

Apart from producing videos on fire control and prevention, Adham and his colleagues also make videos of their daily life－folding a quilt in their dormitory, exchanging banter with colleagues and responding to emergency calls. It all brings the public closer to their communal living environment.

"Firefighters are special in society," Adham said, adding that today's young people tend to live a fast-paced life with less opportunity for heart-to-heart communication with their peers.

Firefighters eat, sleep and train together. Most importantly, they support each other in rescuing people in emergencies, sometimes at the risk of their own lives. The brotherhood that has formed among these young men from different ethnic groups shows up naturally in these short videos.

Adham, who was born in Xinjiang, has a stock of stories to tell－some from his own experience and others heard from colleagues. He plans to tell many of these stories in video form.

"We are just a group of common people who rush to the front line at a moment of crisis," he said. "I hope these videos will also help change some people's stereotyped ideas about Xinjiang and its people."

When thinking about Xinjiang, the first thing that comes to some people's minds might be grassland, yurts or herdsmen on horseback.

"I want to change such impressions about the place. Young people here are living a life that is not so different from people in other parts of China," Adham said.

Tian Zheng, 30, has become an online celebrity, having made many appearances in hit videos produced by the fire and rescue service in Xinjiang since August 2019.

As the son of a fireman, Tian grew up with respect for the profession. Eleven years ago, he chose to follow his father and join the Urumqi fire brigade.

Tian's expressiveness and strong passion for his career led to his selection as the star of the video series. He has become Adham's right-hand man in the brigade's new media group.

The sense of honor of being a firefighter is always high in his mind.

"A lot of people have learned about me, which makes me feel that I should take responsibility to show the public who we are," he said.

Randy Wright contributed to this story.