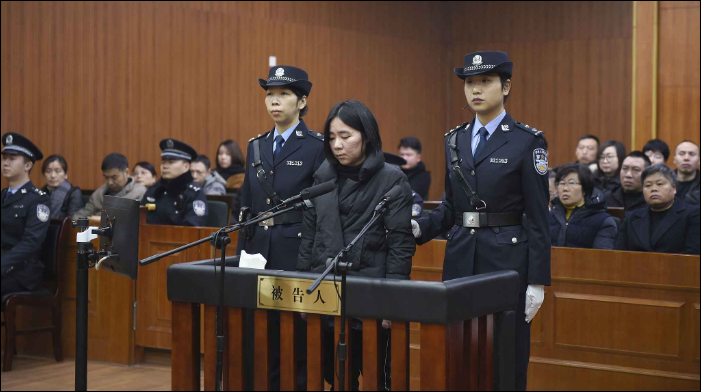 Mo was sentenced to death by the Hangzhou Intermediate People's Court on February 9 this year after she was accused of arson and larceny. However, Mo lodged an appeal against the trial to the province's High People's Court, claiming that the original sentence was too harsh and seeking a commutation of the sentence.

During the second trial on May 17, Mo confessed her crime and said she didn't expect the tragedy to happen, but tried to save the family after the fire started. She added that the responsibility of the firefighters and property manager of the victims' apartment should be reconsidered because failed water pumps prevented the blaze from being extinguished.

The court announced its decision on June 4, convicting Mo of arson, a crime against public security, larceny and refusing her death penalty appeal.

According to the Supreme People's Court, Mo was a longtime gambling addict who incurred high debts. She stole from Lin's family and borrowed money for gambling while working as a nanny.