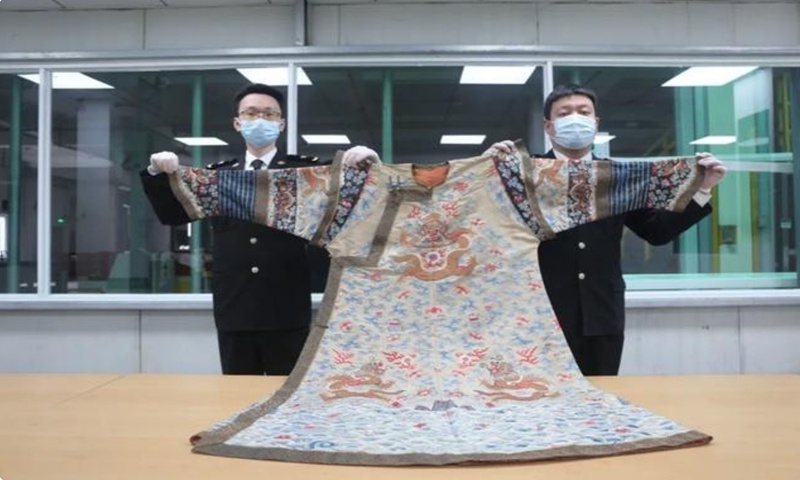 An imperial robe from the Qing Dynasty (1644-1911) and a Buddha statue from the Ming Dynasty (1368-1644) declared as "women's embroidered cotton blouse" and "copper decorative item" were seized by customs at Hangzhou International Airport in East China's Zhejiang Province, Hangzhou customs announced on Tuesday.

The customs officials noticed the abnormal images on the scanning machines when they checked the two commercial express shipments and found the actual items did not match their declarations.

Hangzhou International Airport customs told the Global Times on Wednesday that the case is still under investigation and the character of such illegal behaviors won't be determined until the investigation is completed.

A customs official reminded citizens that cultural relics purchased or proceeded from auctions overseas through formal procedures should be declared with their actual names and values to customs.