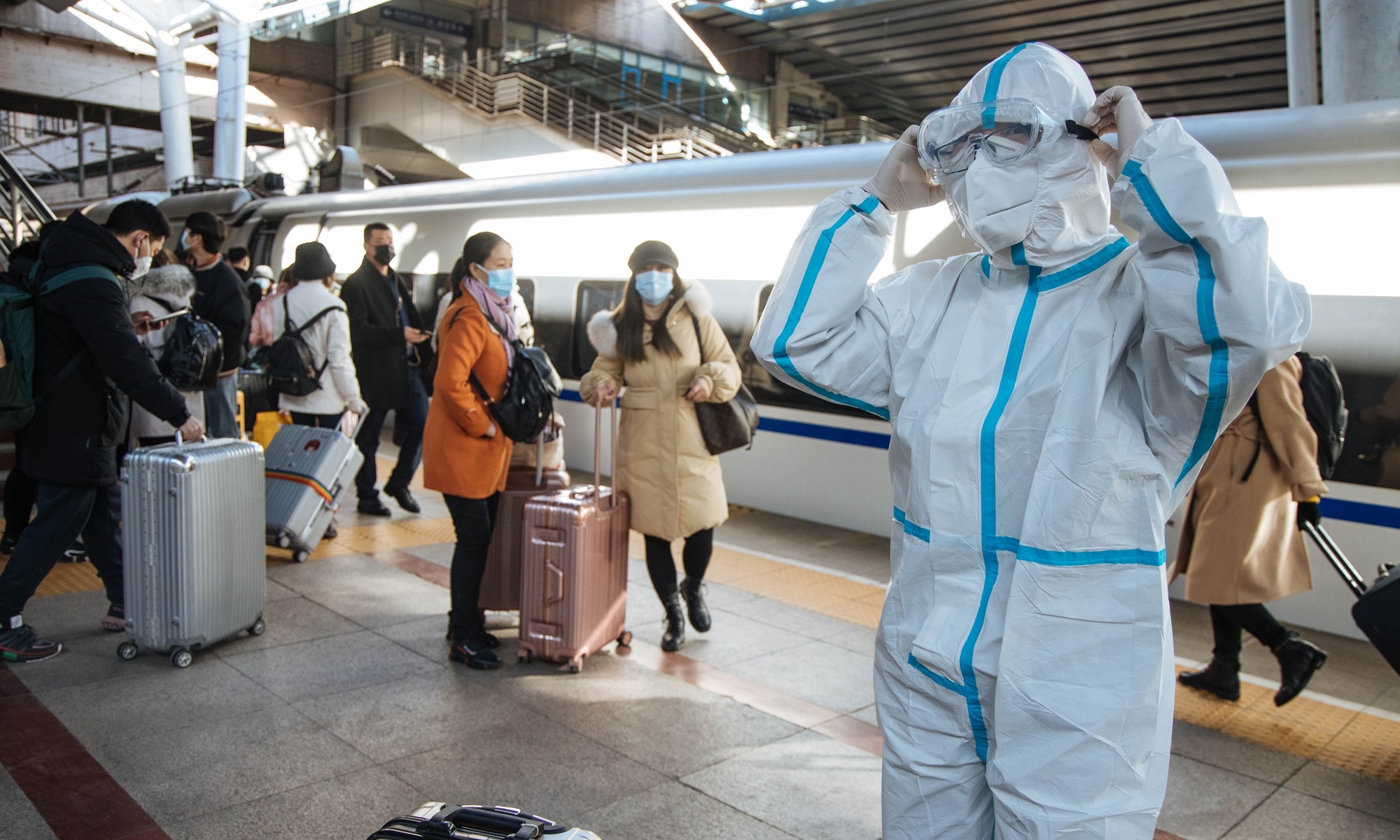 China's 40-day Spring Festival travel rush has kicked off on Thursday. Beijing West Railway Station expects the holiday travel rush to peak between February 16-18, and an estimated 70,000 passengers on average arriving at the station a day. (Photo: GT)

To encourage people to stay local for the holiday in a bid to reduce the risk of the epidemic spreading amid the country's Spring Festival travel rush, local governments have been giving out cash bonuses for those who are not going home for the holiday, a policy that experts said was like "killing two birds with one stone" as it not only helps to curb the epidemic risk but also boosts local consumption.

From Monday, a 1,000-yuan cash subsidy for non-Zhejiang migrant workers who will spend the Spring Festival in Hangzhou, the provincial capital, is officially open for application, drawing a wide range of attention among local residents and beyond.

Ding Song, a project manager with a local logistics management company in Zhejiang, confirmed with the Global Times on Monday that he received a message on Monday informing him that the 1,000 yuan subsidy has been sent to his bank account after he applied for it just three days ago.

After receiving this unexpected surprise, Ding decided to use the money to buy some New Year gifts online for his nephews back home.

While the subsidy policy excited him, the reason why he chose not to go back home to Xiaogan, Central China's Hubei Province, was due to other more common concerns.

"I was just afraid that the journey would bring infection risks, not only for me but my family members in Hubei as well. It could also cause uncertainty for me about returning to work in time," said Ding.

Wang Zhao, another resident from Southwest China's Sichuan Province, told the Global Times on Monday that he had received the subsidy. He said it was a nice bonus from the government for those who choose to stay.

Although having been in Hangzhou for two years, Wang was usually busy with work in ordinary days and went back home to Sichuan during holidays, and therefore did not have time to tour around the city.

"I should definitely take this precious occasion to explore all the scenic spots in Hangzhou with my wife and child," said Wang, adding that he is renting a car to travel around the city during the holiday and this subsidy can cover the expense.

Against the backdrop of the epidemic prevention, local governments have issued policies encouraging local residents to stay for the holiday. Since January, at least nearly 90 regions across the country have issued various kinds of the subsidies, ranging from cash to rent discount and free internet traffic, according to data from Jiemian.

By region, more people choose to stay in Zhejiang than any other places in the country, accounting for 23.6 percent, media reports.

Meanwhile, Chinese tourists are getting accustomed to the normalization of epidemic prevention measures and their leisure consumption habits have changed so they are willing to try safer and healthier trips, experts said.

Correspondingly, daily searches for local and peripheral travel options have increased by as much as 137 percent this year compared with the previous year, data from online travel agency Lvmama showed.