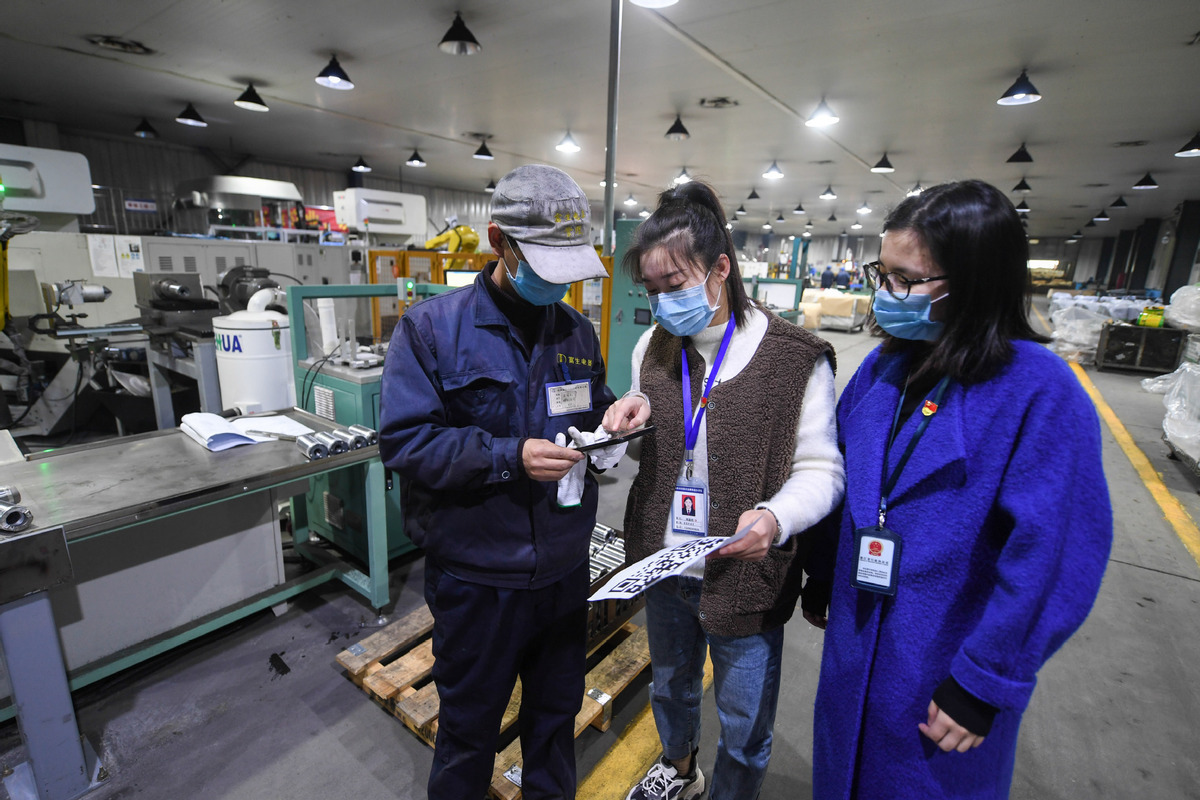 Two servants help a man apply for an e-permit for work at a company in the Fuyang district of Hangzhou, Zhejiang province on Feb 22, 2020. [Photo/Xinhua]

Hangzhou, capital of East China's Zhejiang province, announced the launch of an online platform on Monday to help the local government better serve enterprises more precisely and directly, in a bid to help them better shrug off the impact caused by the novel coronavirus epidemic.

Part of "City Brain", an intelligent and smart system aimed at improving the city's urban governance, the new platform, dubbed "Qinqing Online", is designed to bring government departments and companies closer by building a service system on the internet, a direct channel connecting governments and enterprises.

According to Dai Jianping, executive vice-mayor of Hangzhou, the city has made innovative and successful attempts in the fight against the novel coronavirus based on its explorations into advanced technologies and the digital economy, such as a health code system and an online service platform to help companies resume work.

"The new platform is an extension of these attempts and we hope to build a more precise and direct system to offer services to companies," added Dai.

"The main functions of the platform make it possible that companies raise requests online and government departments make responses immediately," he said at the launch ceremony in Hangzhou.

According to Dai, policies and government affairs will be released and interpreted on the platform and users are able to evaluate government services online, which is believed to be helpful to push government departments to do better.

He noted that all functions of the platform are essentially a data integration and a re-engineering of government services, which are conducive to the improvement of the business climate and the development of the digital economy in Hangzhou.

The first two services – incentives for commercial and trading enterprises with a yearly tax payment of less than 500,000 yuan ($72,000) and rent subsidies for enterprise employees – were launched on Monday with the platform.

Dai called on companies and individuals in Hangzhou to make full use of the online platform and offer suggestions to help complete the system.

"It is an important platform to support companies, an innovative exploration into the building of a digital government and also marks a big step in the transformation from a governance-oriented government to a service-oriented one," the executive vice-mayor said.

Qin Jirong contributed to the story