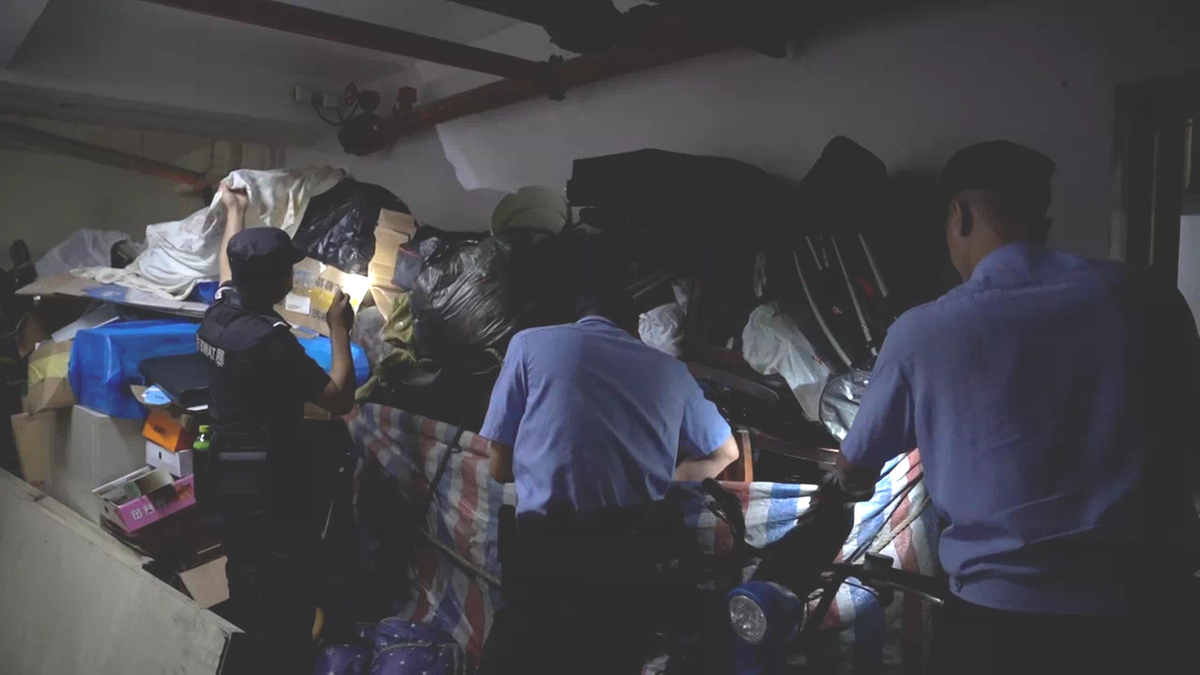 Police officers search a residential community in Hangzhou for a missing woman in Hangzhou whose husband later confessed to killing her. [Photo provided to China Daily]

A thorough criminal investigation and the smart policing intelligence system played vital roles in uncovering the killing of a 53-year-old surnamed Lai, who was missing for 20 days, the Hangzhou police authority said at a press conference on Saturday.

The suspect, a 55-year-old Hangzhou man surnamed Xu, Lai's husband, confessed that he killed his wife on the morning of July 5, due to family conflicts, while Lai was asleep, then dismembered her body and discarded the remains around the residential community where they live.

Xu has been arrested by the Jianggan bureau of the Hangzhou police.

Lai's mysterious and bizarre disappearance went viral on the internet for about a week, as all surveillance cameras around her residence provided no clues to her whereabouts, causing heated debate on the web, with netizens discussing the details of the case and pondering what might have happened to Lai.

"Upon hearing about the missing person's case, my basic instinct told me that this is not a simple one," said Tang Weiguo, a criminal police investigator at the Jianggan police bureau.

To ensure that no key messages were left out in the missing case, the police retrieved over 6,000 hours of surveillance videos from about the community and organized over 100 police officers to check these videos, according to Ying Zhaohui, executive bureau chief of the Jianggan police bureau.

The police also interviewed people in 379 households from six residential buildings within the community, and launched a thorough inspection of the community's sewage and piping system, underground parking lots and balconies.

"Through the City Brain SmartPolicingSystem, we accurately locked in that Lai's home was the core area of this case, as the system shows Lai never left the building after 5 pm on July 4," said He Guoxin, head of the criminal investigation detachment of the Hangzhou police.

From Wednesday to Thursday, the police drained off the septic tank of the residential community, where human tissues were found. DNA comparison revealed they were from Lai, the missing victim.