By Zhang Jin | China Plus

A draft amendment to anti-smoking regulations in Hangzhou, the capital of Zhejiang Province, has triggered controversy between experts calling for tighter anti-smoking rules and local legislators, reports Qianjiang Evening News. 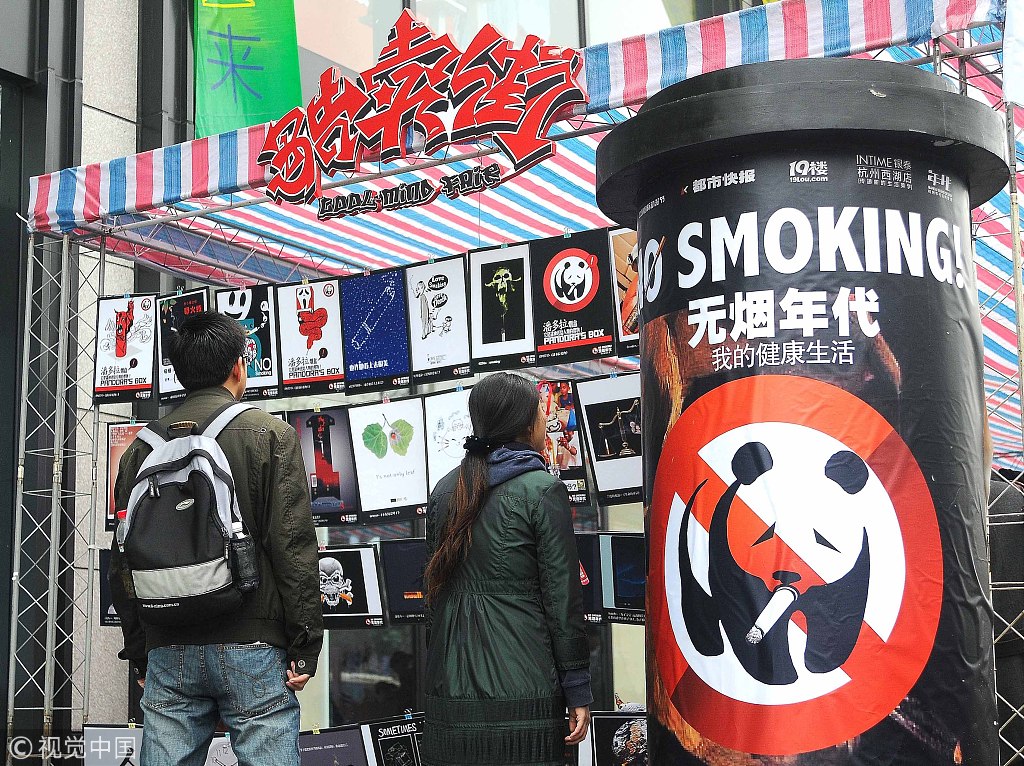 Anti-smoking posters are on display in Hangzhou. (Photo: VCG)

A draft amendment released for public comment in January stipulated that smoking is prohibited in all indoor public space, along with indoor workplaces and on public transport. But an updated draft released last month after the first reading by the local legislature removed the broad ban on smoking in indoor public areas, which has sparked an outcry.

Some local legislators and residents argued that it is neither necessary nor feasible to totally ban smoking in large indoor public areas. They said that implementing smoking bans in the places listed in the current regulations is more urgent.

A report to the Hangzhou legislature suggested that areas where smoking is banned should be increased gradually in accordance with the needs of the city's economic and social development.

But the Chinese Association on Tobacco Control thinks the new proposed move is a step backwards.

At a press conference held by several institutes earlier this month, experts said Hangzhou's new draft amendment was a big hit to the progress China has made in smoking control in recent years.

Experience in Beijing, Shanghai, and Shenzhen has proved that a total smoking ban in indoor public areas is feasible, said Sun Jiani, a World Health Organization representative in China. "If Hangzhou's smoking control regulations allow exceptions, it will not only be a heavy blow to the efforts made by the above-mentioned cities, but also prevent other places from implementing stricter smoking bans," said Sun.

Beijing's smoking control regulations took effect on June 1, 2015. They ban smoking in all indoor public spaces, indoor workplaces, and on public transport, as well as outdoor spaces in places such as kindergartens, schools, stadiums, and at children's hospitals. The revised smoking control regulations that took effect in Shanghai on March 1, 2017 contain similar smoking prohibitions.

The draft amendment to Hangzhou's smoking control regulations will undergo a second reading after soliciting public opinion. The final regulations will depend on the result of this reading, according to staff in the legislature.