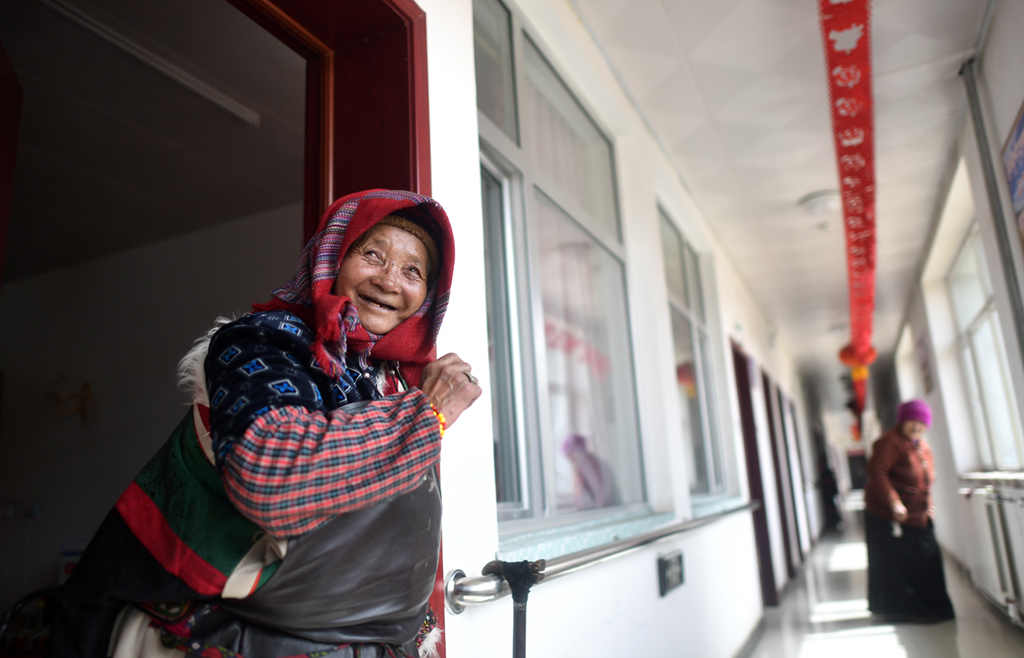 Photo taken on March 14, 2021 shows the elderly at a nursing home in Zhidoi County of Yushu Tibetan Autonomous Prefecture, Northwest China's Qinghai Province. Massive rebuilding efforts have reshaped Yushu, 11 years after an earthquake hit the prefecture. Four government-funded homes for the elderly and one welfare home were built in Zhidoi County. (Photos: Xinhua)

Xingfu ("happy" in English) Nursing Home in Zhidoi County, Yushu Tibetan Autonomous Prefecture is one of the high-altitude nursing homes in Qinghai Province.

In the reconstruction of earthquake-ravaged Yushu, China built four nursing homes and one comprehensive social welfare home, with a total of 530 beds. 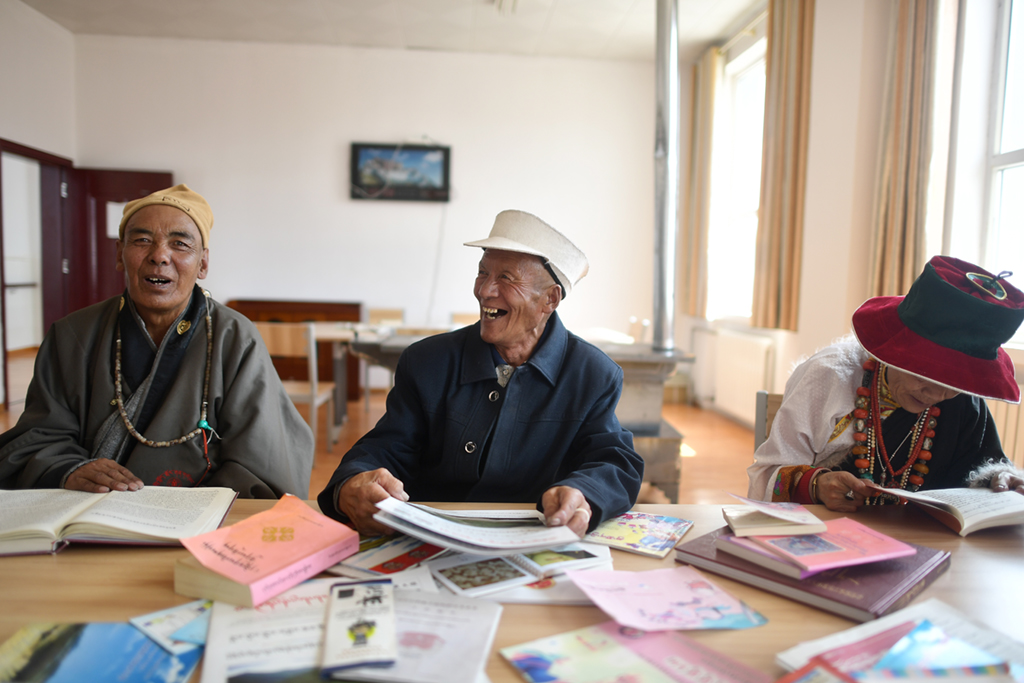 The local government has increased their fiscal input in developing elderly care services in recent years, aiming to innovate models for taking care of the elderly. 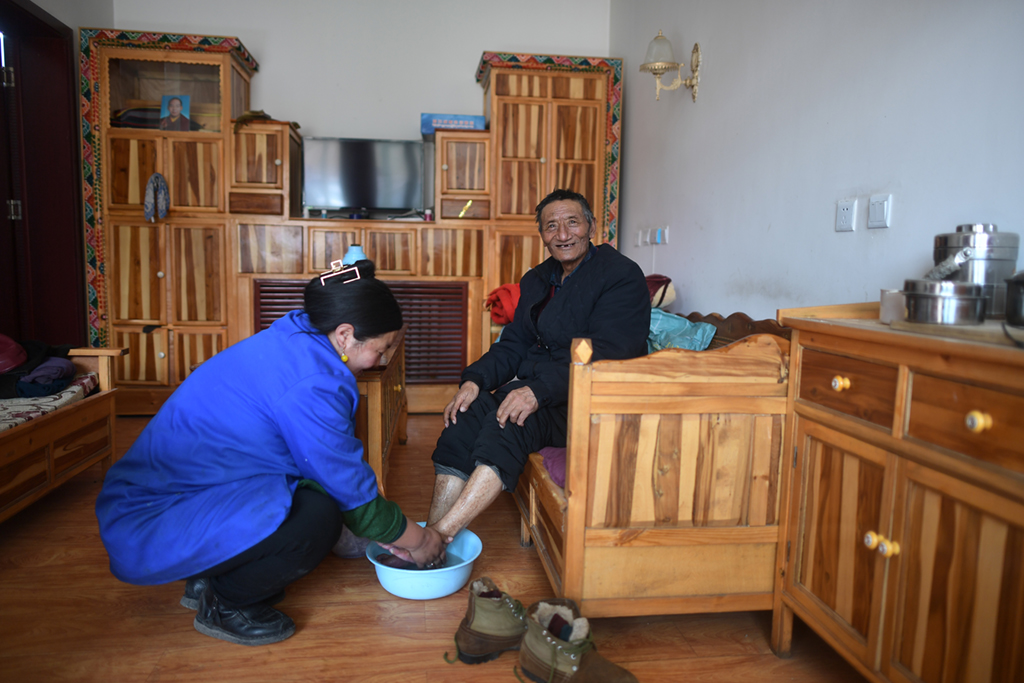 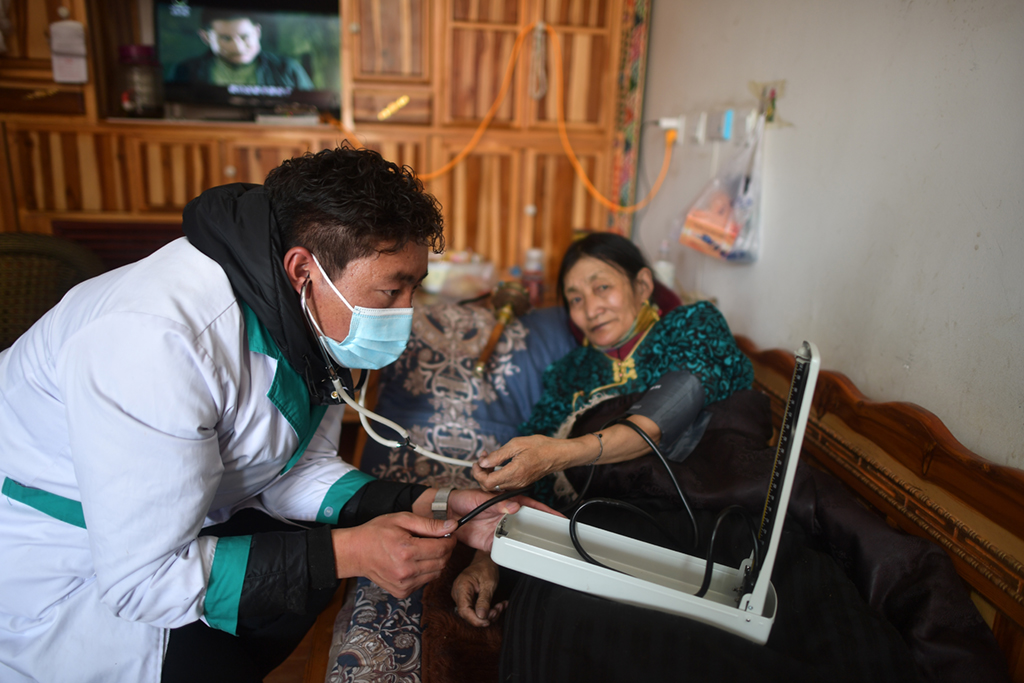 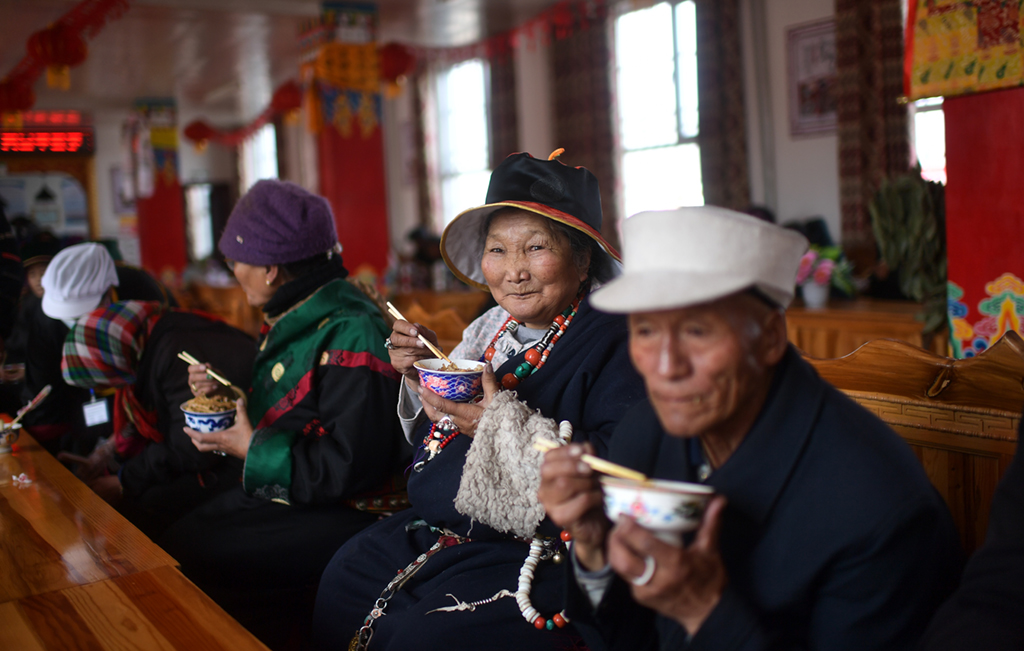