CHINA Happy Teachers’ Day: Fun facts about Chinese teachers that you might not know

Happy Teachers’ Day: Fun facts about Chinese teachers that you might not know

The overall number of full-time teachers in China in 2017 has risen nine percent from 2013, reaching 16 million. There is one full-time teacher for every 85 Chinese people in 2017, and 65 percent possibility this teacher is female. 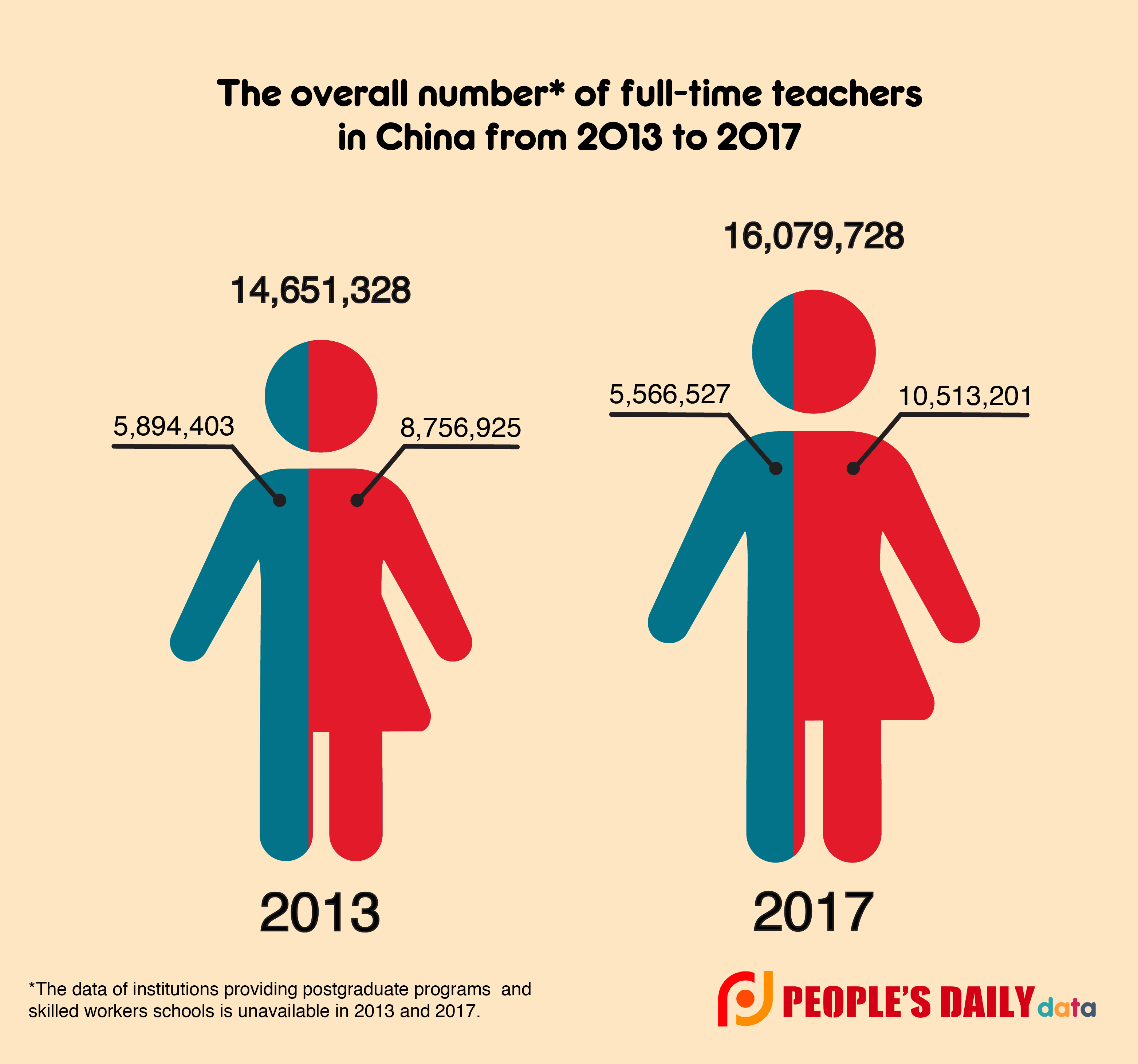 The pupil-teacher ratio of preschool education institutions in China had a significant improvement from 2013 to 2017. In 2017, one teacher took care of 21 pupils, two fewer than five years ago. 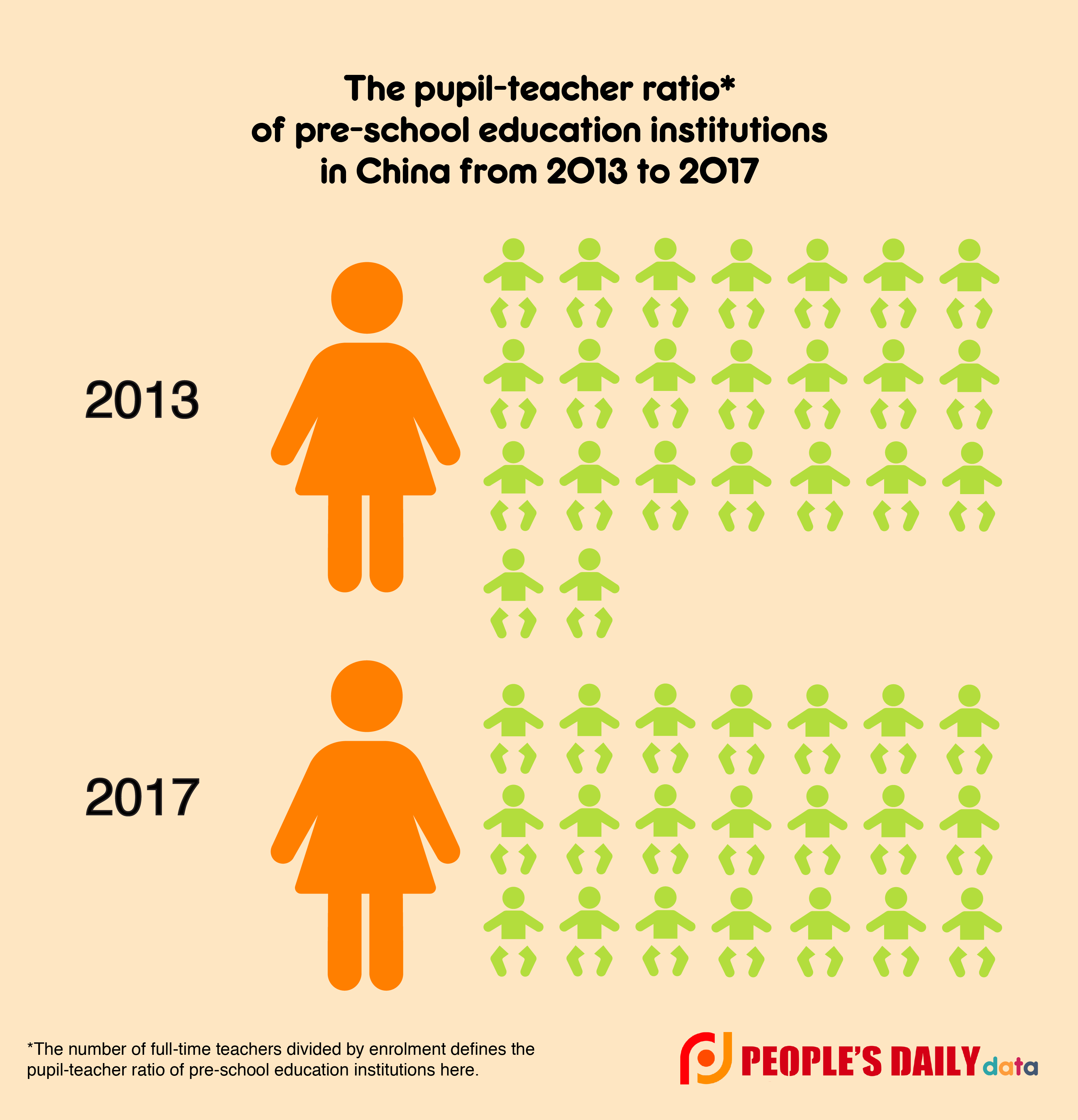 Female staff represents the majority of full-time teachers in primary school, and their proportion keeps growing. In 2017, the proportion of female teachers was 67 percent, six percent higher than the ratio in 2013. 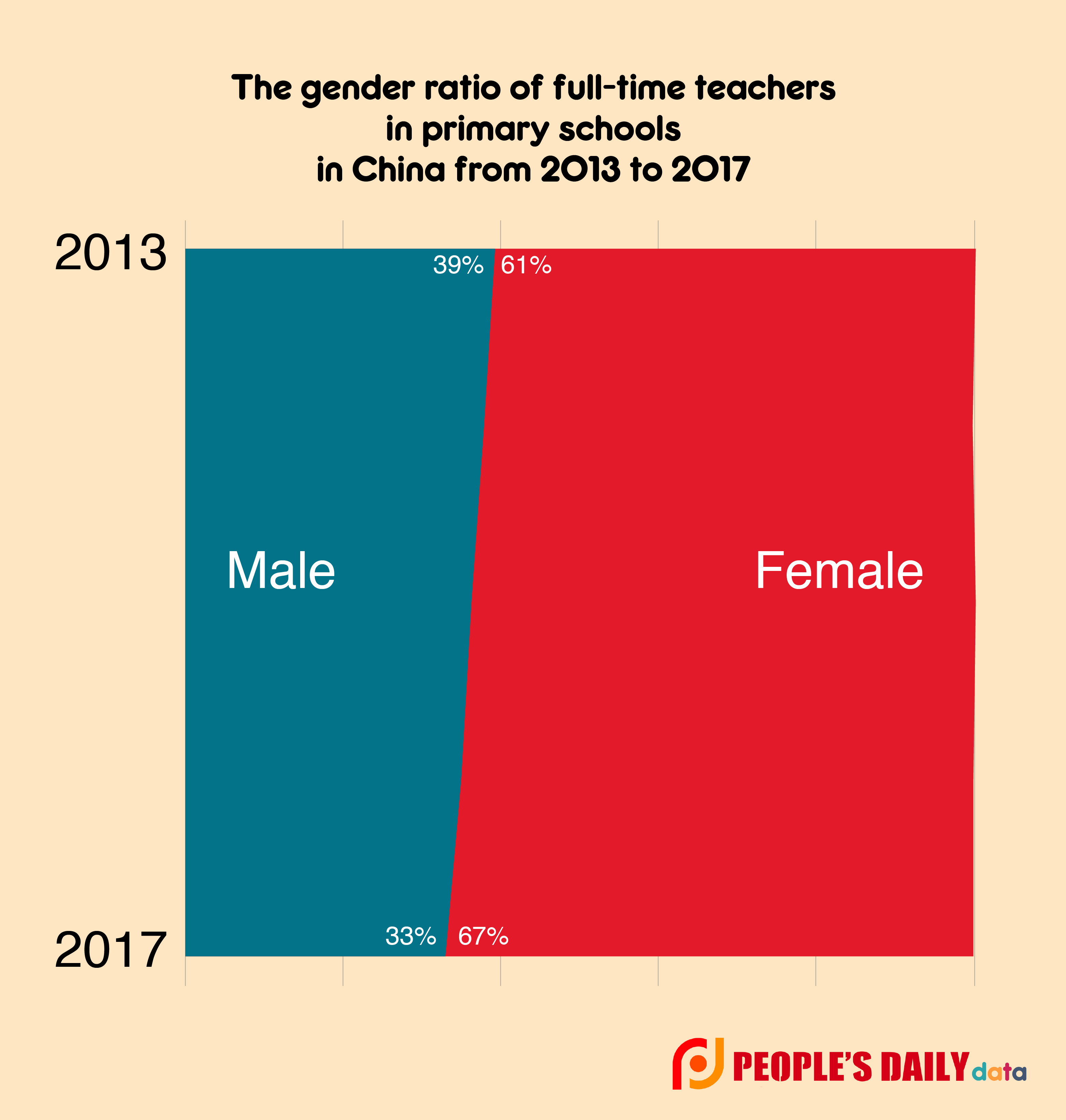 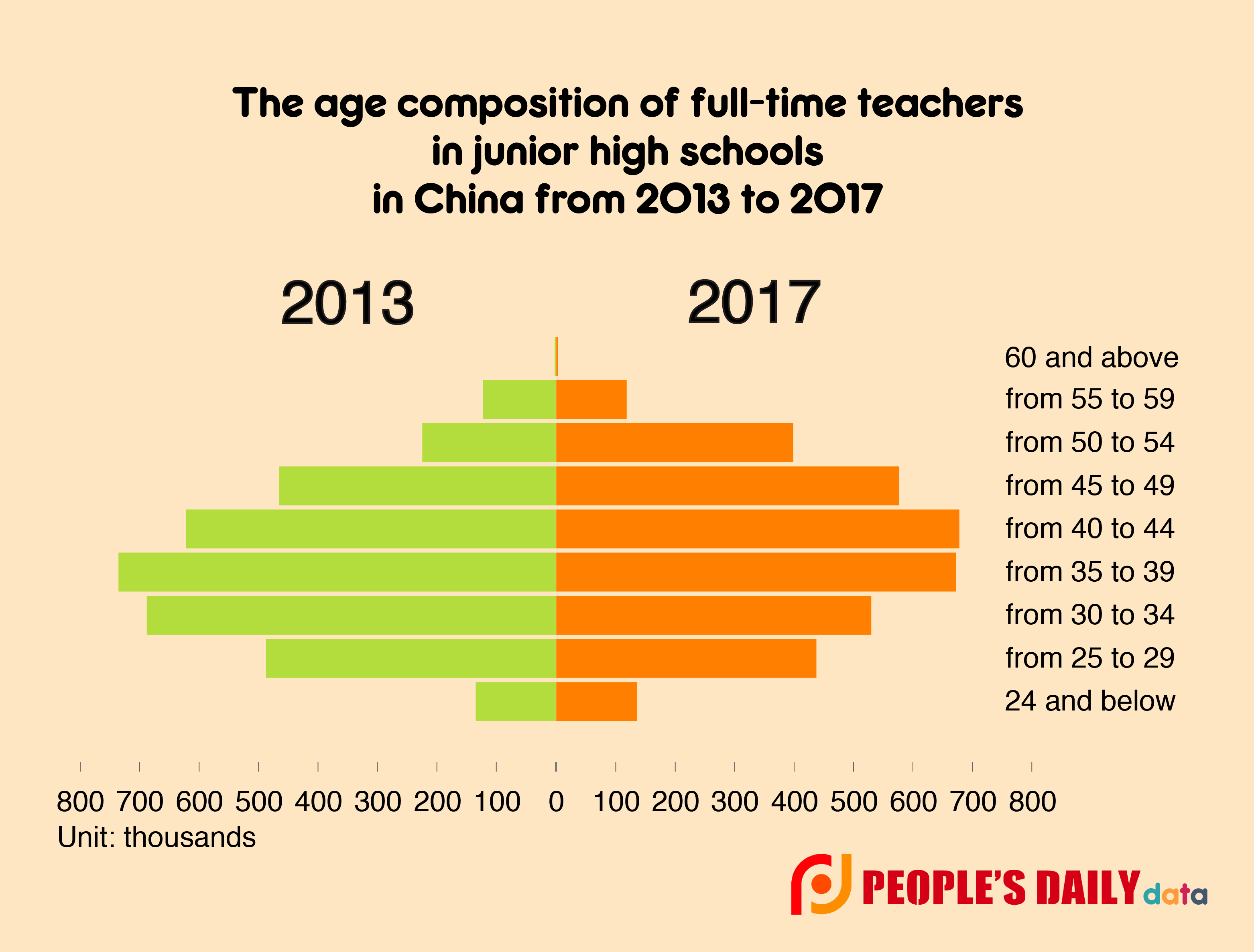 Foreign languages, mathematics, biology, chemistry and language and literature are the top five subjects in senior high school with the biggest growth in the number of teachers holding a bachelor’s degree or above. Biology, geography, composite practice, music and fine arts increased at a faster rate than other subjects. 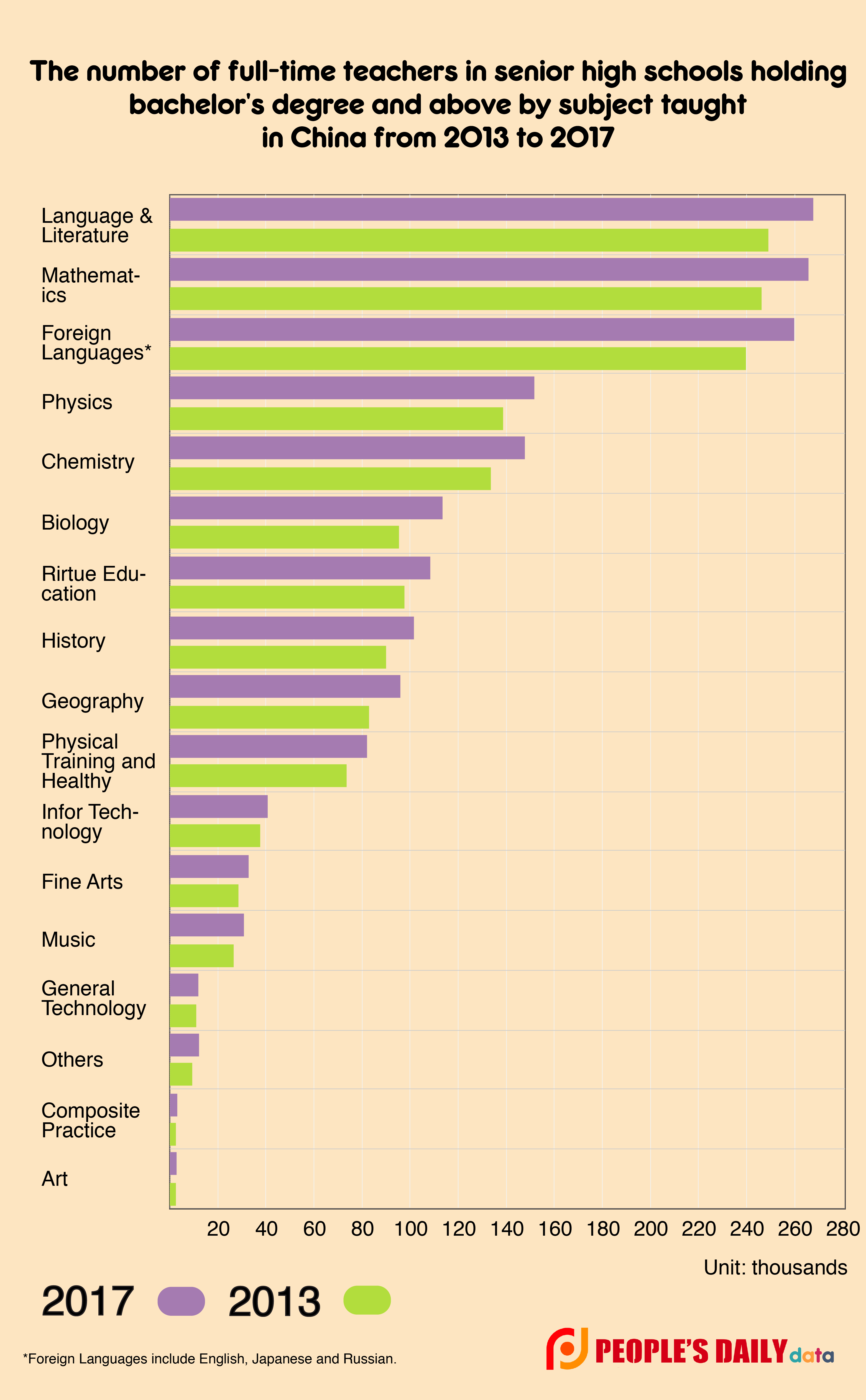 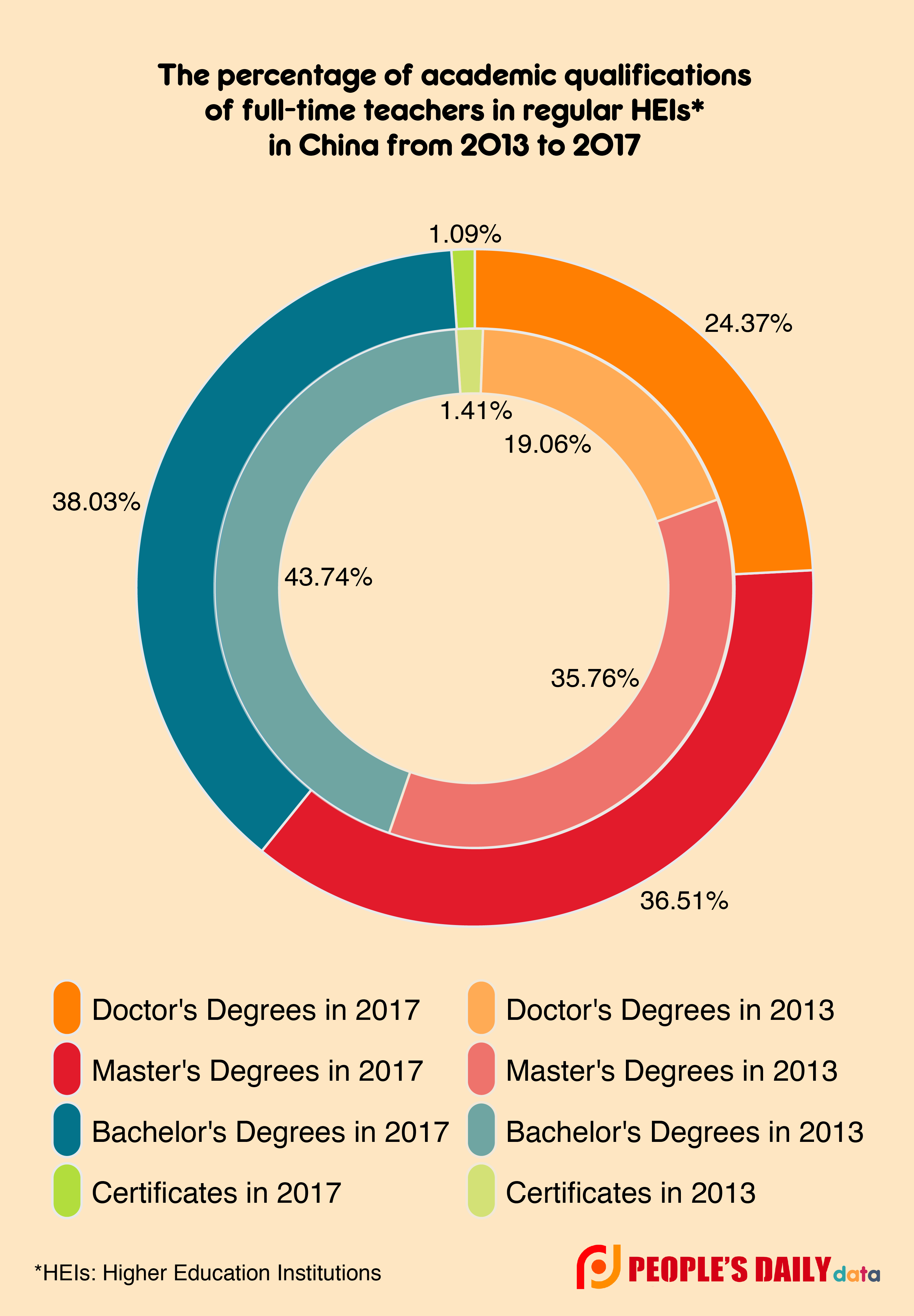 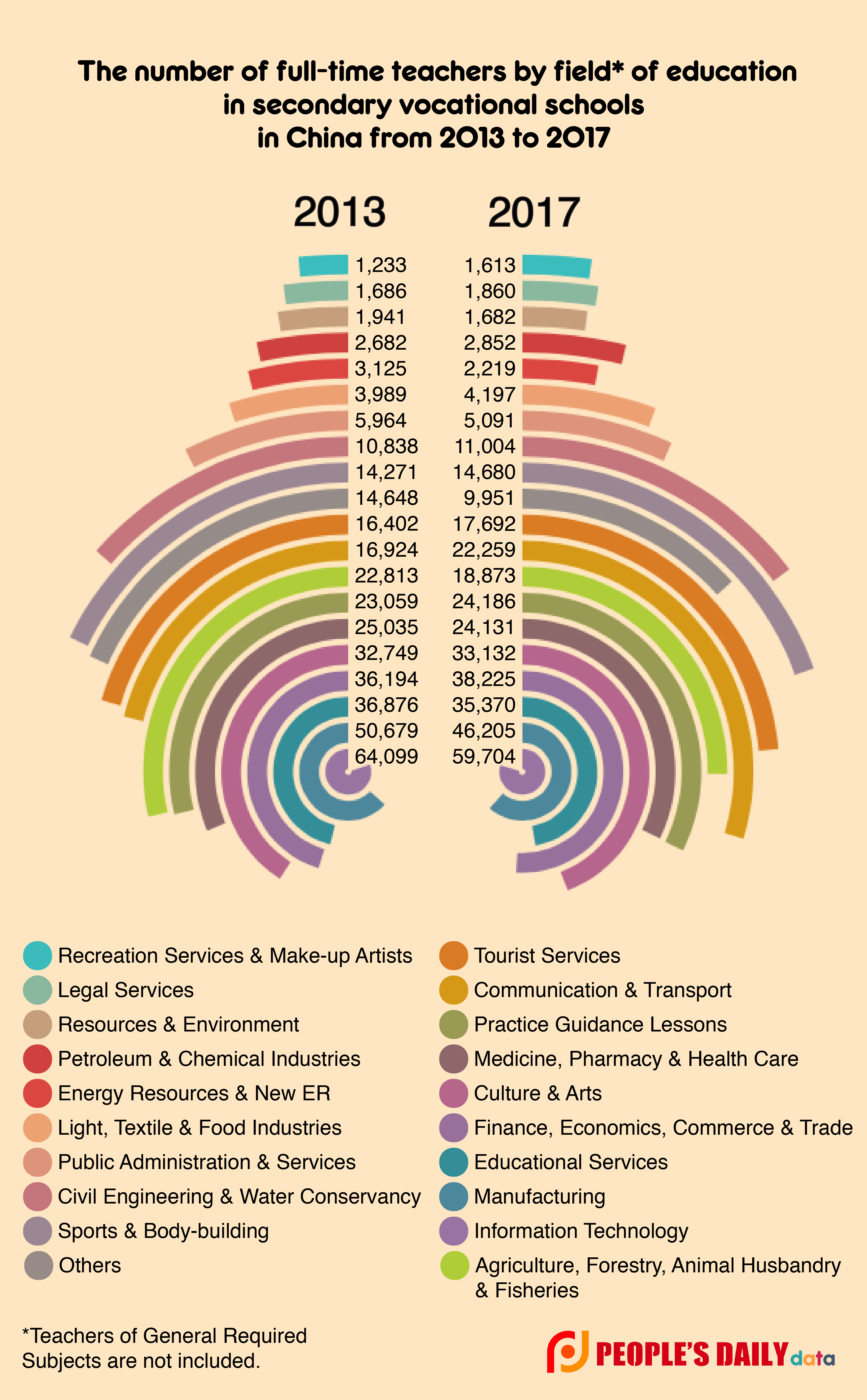 An increasing number of people choose to devote their knowledge to special education in China from 2013 to 2017. 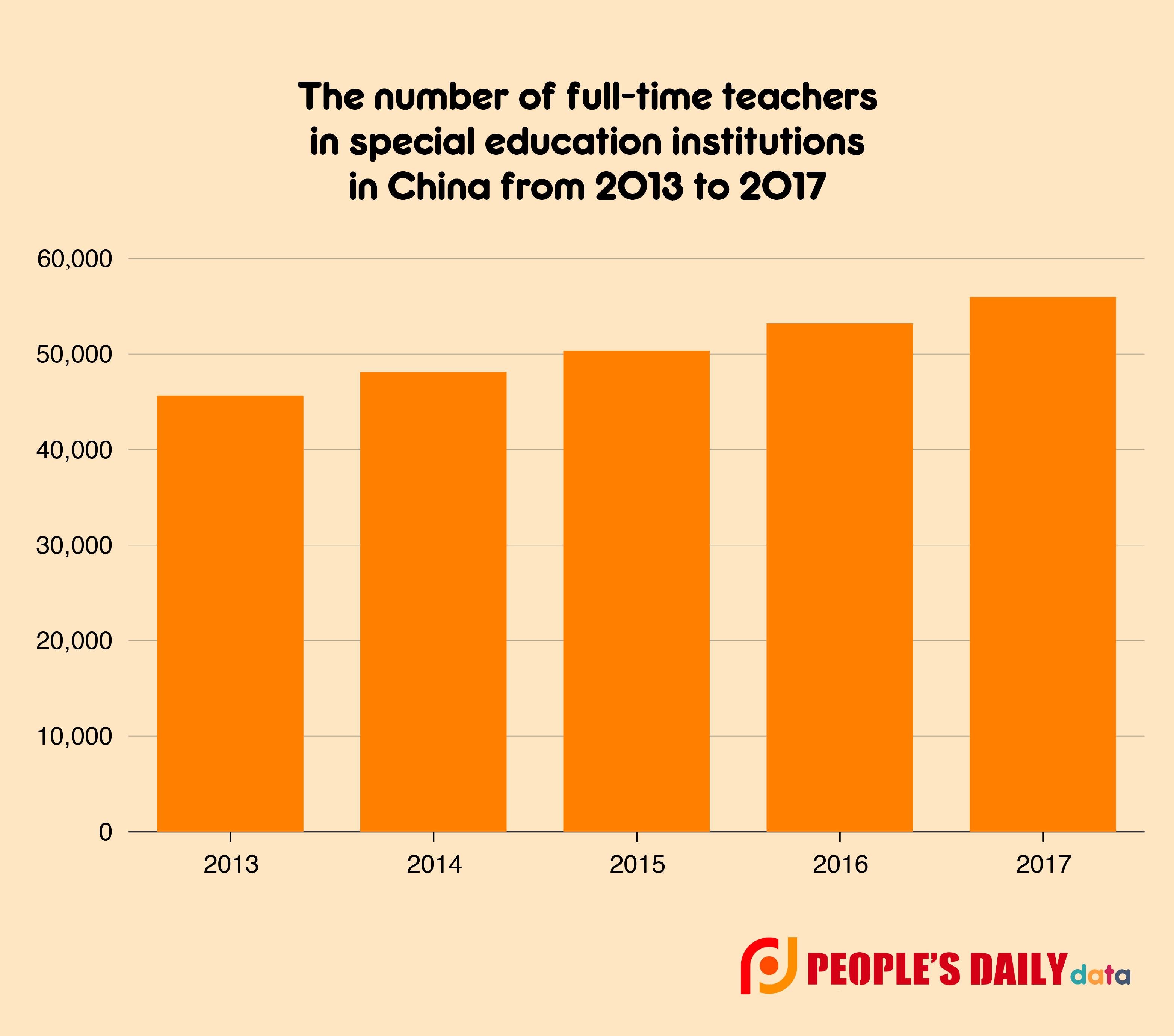