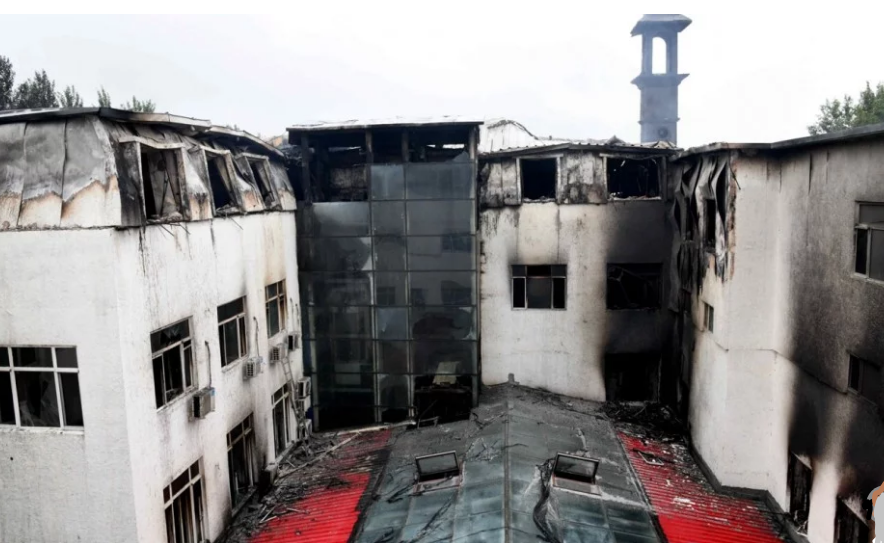 It was reported that the hotel-spa had failed multiple safety inspections. (Photo: Xinhua)

At least 20 people perished after a fire broke out at a hotel in Harbin, the capital city of Heilongjiang Province on Saturday.

The hotel, located in the city’s Songbei District, had 115 guests on Friday.

Search and rescue efforts have concluded and so far nine victims have been identified by family members.

Two dozen victims sustained injuries while 22 are still receiving medical treatment at a local hospital. Officials said one of the rescued victims died, while another sustained minor injuries and has already been released.

Investigators have determined the blaze was the result of negligence after it was revealed the hotel had failed at least five safety inspections within a two-year period. Authorities arrested the owner Zhang Mouping, a 46-year-old Harbin resident from Nangang District.

Two other suspects employed at the hotel at the management level are under investigation.

The Ministry of Emergency Management has urged others to help with rescue efforts and the ongoing investigation. Local authorities dispatched a 10-person unit to the hotel and launched an investigation into what caused the fire.