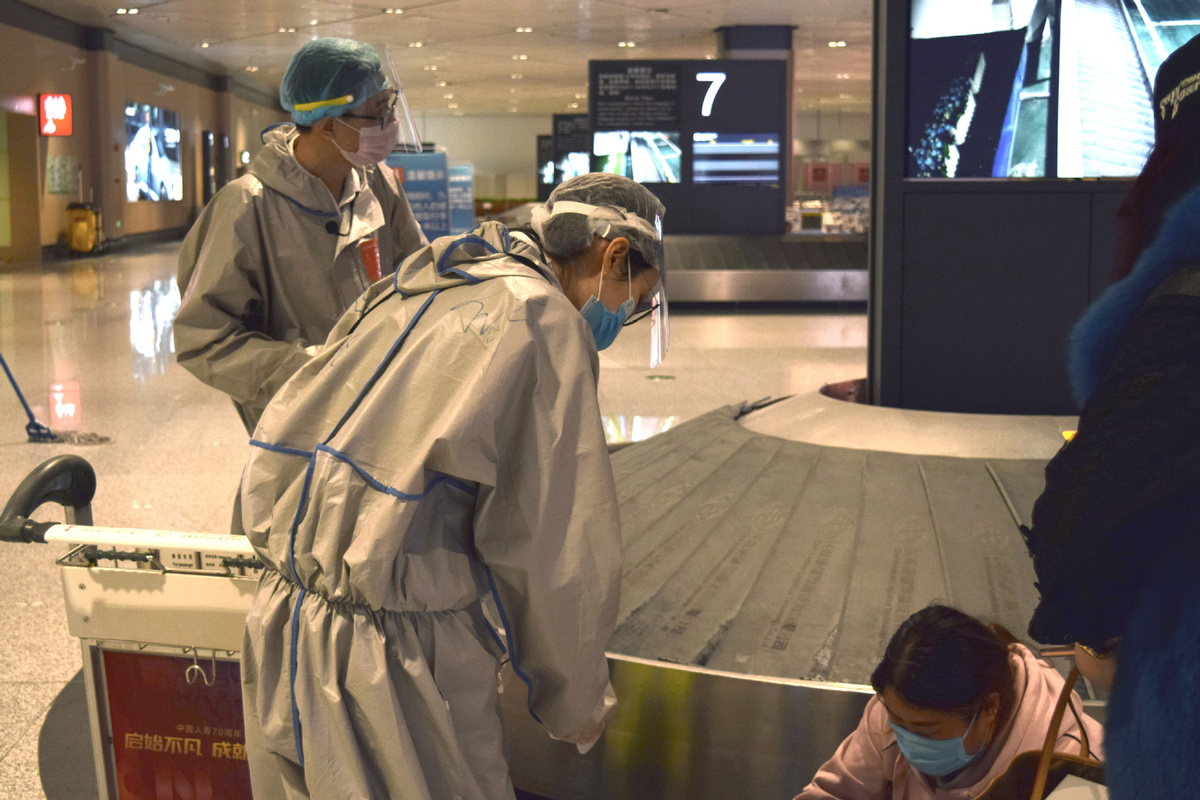 Airport workers in protective suits help a traveler look for her luggage at an airport in Harbin, capital of Heilongjiang province, as the spread of the novel coronavirus disease (COVID-19) continues in China, on April 11, 2020. [Photo: China Daliy]

The COVID-19 epidemic control leading a team of Harbin, capital of the northeastern Heilongjiang province, announced that all the catering providers of barbecue, hotpot and similar dishes involving sharing food from one pot should stop dine-in services starting Saturday.

According to Xinhua's report on Saturday, the date for resuming dine-in service in those restaurants will be decided in the future, considering the situation of the epidemic in the city.

The imported confirmed cases have caused clusters of local cases in Harbin and Mudanjiang, which have had a severe negative impact on the national epidemic control results, according to the Heilongjiang Daily on Tuesday.

Since April, clusters caused by imported coronavirus infections from abroad have resurged in the cities of Harbin and Mudanjiang.

The clusters also affected several hospitals, infecting more people including medical staff, causing a negative social impact and new pressure to consolidate original achievements, according to a release from the Joint Prevention and Control Mechanism of the State Council.

The Chinese mainland reported 12 new COVID-19 infections on Thursday, with six being imported cases. Among the remaining local cases, five were from Heilongjiang and one from the Inner Mongolia autonomous region.