Cotton growers in parts of Northwest China's Xinjiang Uygur Autonomous Region are facing some disruptions after extreme weather hit some major cotton-producing areas, including Alar. Industry insiders said that the impact could mean a loss of about 5 percent of this year's harvest. 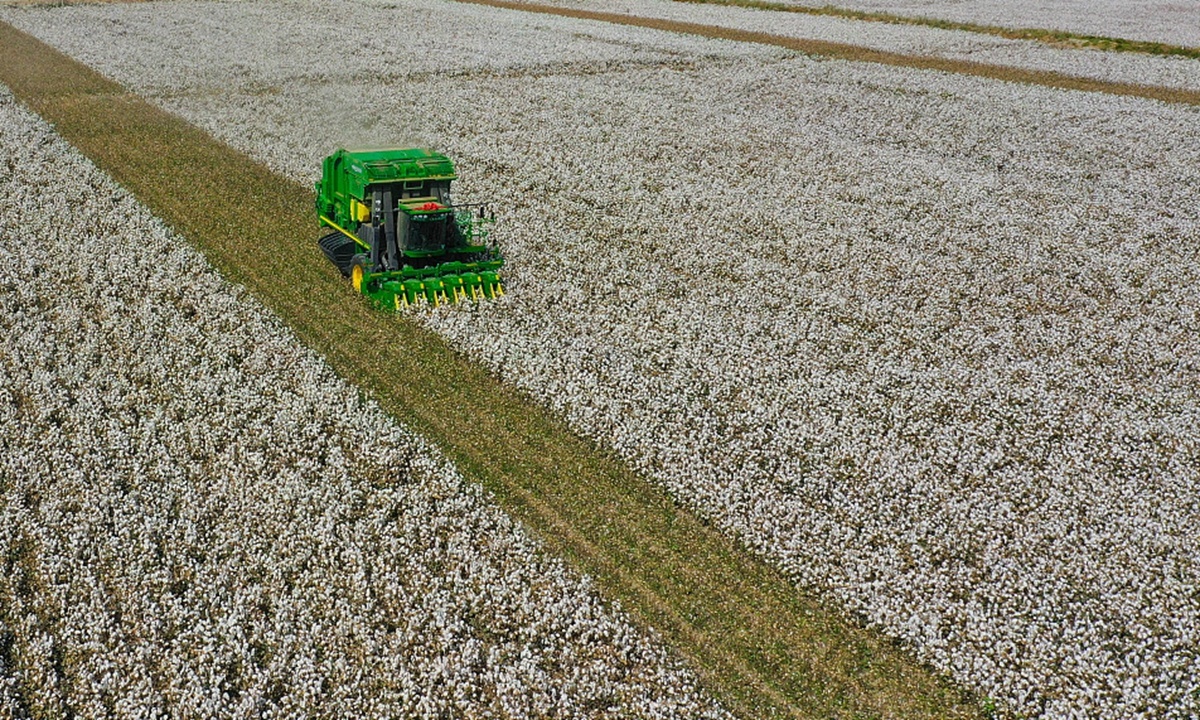 Since April, the local weather has been harsher than in previous years, which is likely to cut the harvest by about 5 percent this year, Wang Qianjin, director of market development of the Shanghai International Cotton Trading Center, told the Global Times on Thursday.

Due to a rare hail, some local cotton growers are already counting their losses two months before harvest time, the Global Times learned.

The hailstones in the worst-hit areas were about 1 centimeter in diameter, with 63,900 mu severely affected, including 28,700 mu of cotton and 35,200 mu of orchards, with an estimated direct economic loss of about 127 million yuan, according to a report on Wednesday by weather.com.cn.

Xinjiang's cotton output reached 5.16 million tons in 2020, accounting for 87.3 percent of China's total cotton output, according to the National Bureau of Statistics.

While the actual fallout of the extreme weather is still being calculated, industry insiders said the impact on the whole industry is limited and controllable.

Since Xinjiang is a large region and the climate varies greatly, harsh weather conditions in one region will not cause large fluctuations in total cotton production in Xinjiang, experts said.

While dealing with the disruption, Li said that he is not too worried about the economic losses and production cuts. He's got insurance and the hail only affected about 10 percent of his land.

Driven by market speculation over the potential fallout, the domestic cotton spot price hit a new high of 18,550 yuan per ton in Xinjiang on Thursday, compared with 18,010 on Monday, according to media reports.