He Wei was elected as chairman of the Central Committee of the Chinese Peasants and Workers Democratic Party on Thursday. 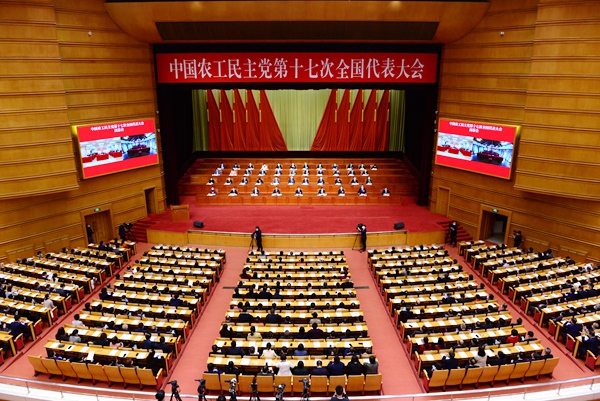 The Chinese Peasants and Workers Democratic Party, a non-communist political party with about 192,000 members, concludes its 17th National Congress on Dec 8, 2022. (Photo: ngd.org.cn)

The decision was announced after the CPWDP, a non-communist political party with about 192,000 members, concluded its 17th National Congress.

He, who has long working experience in the health sector, is also vice chairman of the National Committee of the Chinese People's Political Consultative Conference.

At the closing session of the national congress of the CPWDP, a 206-member new Central Committee was elected, which later chose He as its chairman.

The CPWDP, founded in August 1930 in Shanghai, is mainly comprised of leading intellectuals in the fields of health care, population resources and ecological protection.

It is one of eight non-communist parties in China that participate in state affairs under the leadership of the Communist Party of China.