Zhang Tianming, the head of a Ponzi scheme involving a total sum of more than one hundred billion yuan, was sentenced ten years imprisonment and fined 100 million yuan ($xx million) for organizing the scheme and gathering people to disturb public order, according to the website of the court of Shuangpai County, Hunan Province. 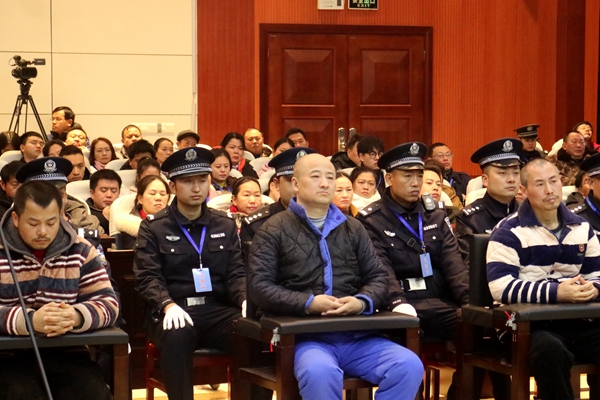 Photo: the website of the court of Shuangpai County

Another nine accomplices were sentenced to imprisonment ranging from one and a half years to ten years and fines. The recovery of unlawful gains is ongoing.

Zhang Tianming initiated the Ponzi scheme, called “Shanxinhui,” in 2016. Under the guise of charity, Zhang lured victims to become members by purchasing so-called “the seeds of kindness,” at price of 300 yuan each.

Shanxinhui encouraged members to develop “lower tier” of members and touted “the seeds of kindness” to them. Shanxinhui promised to offer dividends to members according to certain rules.

Regarded as one of China’s largest Ponzi schemes, Shanxinhui gathered 5.98 million members and involved 104.6 billion yuan before it was investigated by public security authorities in July 2017.