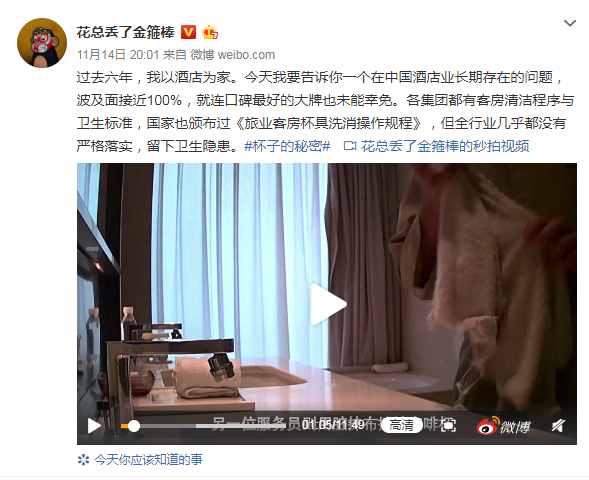 The video, which was first posted by a Sina Weibo user, reveals hygiene problems in 20 five-star hotels, including a hotel server who used a dirty cloth to wipe coffee cups.

The video has drawn wide attention and gone viral on Chinese social media, receiving more than 170 million views on Sina Weibo as of press time.