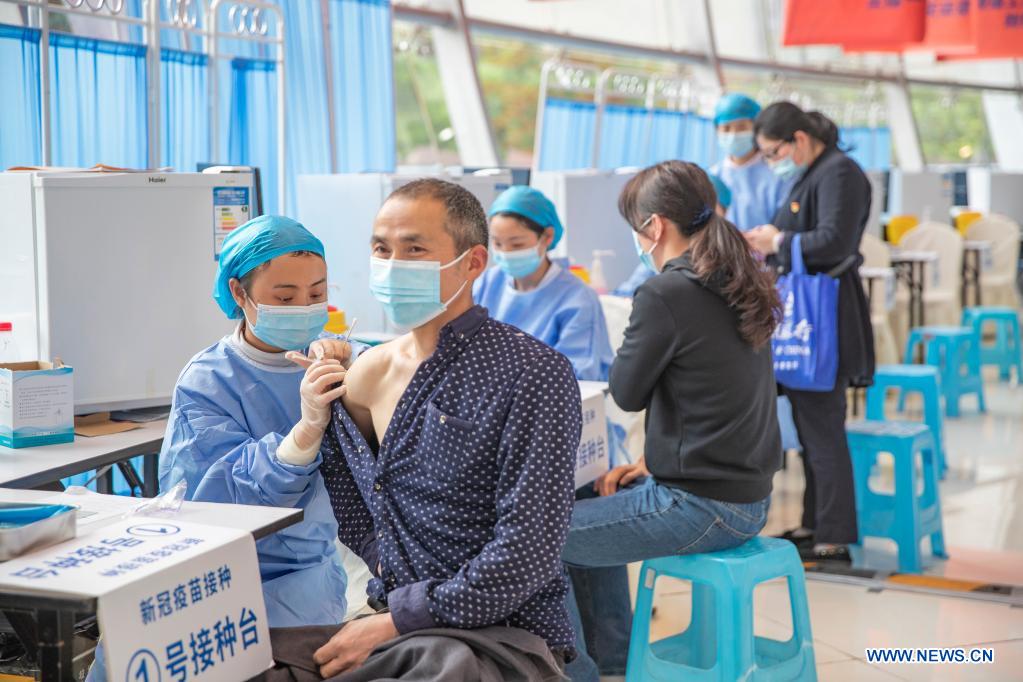 BEIJING, April 1 (Xinhua) -- The health awareness among Chinese people improved in 2020 compared to the previous year, according to China's health authority Thursday.

Health awareness level, which is the proportion of people with sound health knowledge and skills in the population, reached 23.15 percent in 2020, 3.98 percentage points higher than that in 2019, the National Health Administration said.

This marks the country's largest ever year-on-year increase in health awareness, according to the administration.

Among all the aspects of health awareness, that on safety and first aid is most prevalent among the public, with more than 55 percent of the population familiar with relevant knowledge and skills.

Meanwhile, public awareness of epidemic prevention and treatment saw a year-on-year increase of 7.56 percentage points, higher than any other health awareness aspect.

The increase is a result of China's timely dissemination of epidemic information and effective promotion of epidemic prevention knowledge following the outbreak of COVID-19 in early 2020, experts have said.