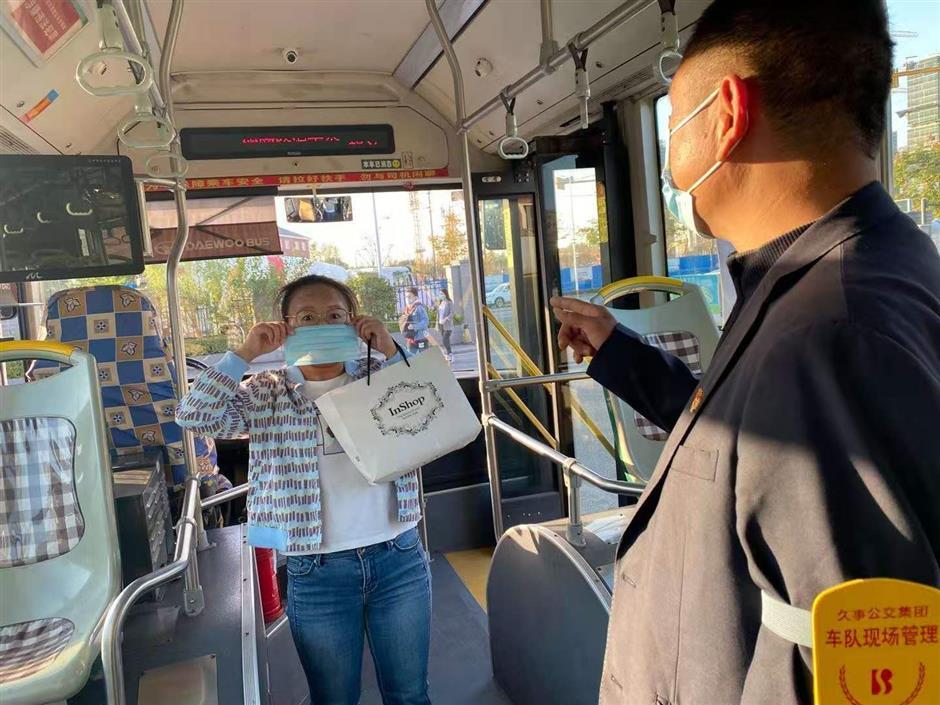 A bus driver reminds a female passenger to wear her mask while on the bus. (Photos: SHINE)

The city's transport commission reminds public transport passengers and drivers to wear masks during their trips after a new confirmed case of COVID-19 was reported in the Pudong New Area on Monday.

According to officials, those who do not follow the rules will be refused service and taken to the police. Buses and taxis should be disinfected every day and ventilated. Drivers should have their temperature taken before work.

Health measures have also been strengthened at road passenger transport stations, where sanitation and temperature screening should be ensured, along with temporary medical observation sites.

The sterilization of cold-storage food should be tightened as well to prevent transmission, according to health authorities. All workers should complete information registration and have their temperature taken every day.

The new confirmed case is a cargo worker at the Pudong International Airport who lives in Yingqian Village of Zhuqiao Town in Pudong, which has been rated as a medium-risk region. Authorities warn residents to stay alert and protect themselves, but not to panic. 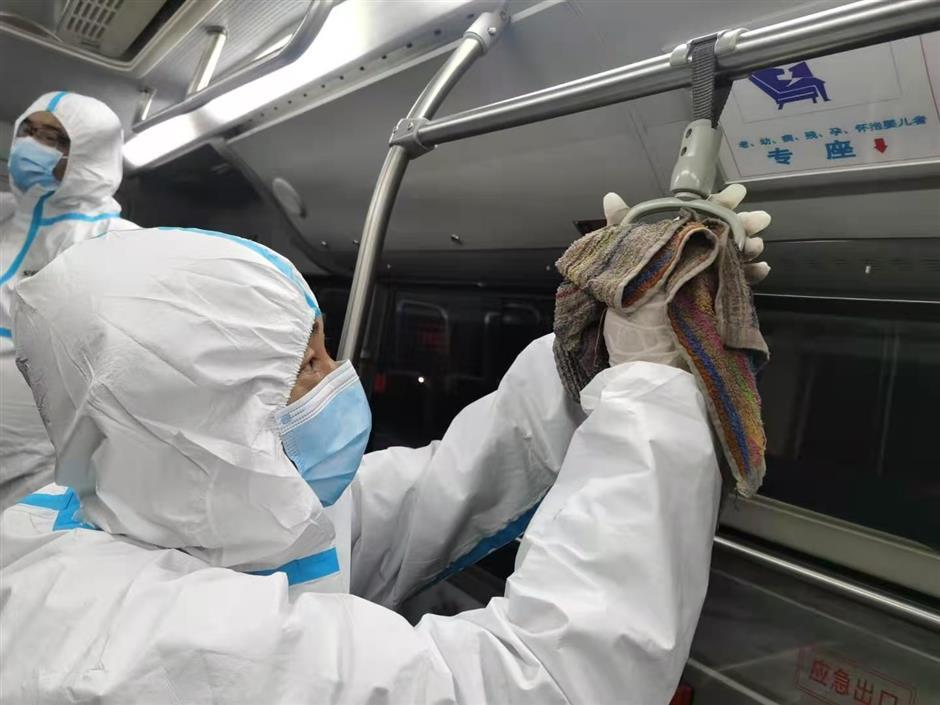 A sanitation worker disinfects the handles on a bus.