CHINA Hearing impaired muralists connect to the world through art

Hearing impaired muralists connect to the world through art

Hu Shiqun, a muralist who is hearing impaired, stands in front of a mural painted by his team. (Photos: Yangzhou Evening News)

Hu Shiqun, 38, who is hearing impaired, started his painting business in 2014 and offered jobs to other hearing impaired people. He now has a team of eight members and over a hundred part-time painters, and teaches them the art of wall mural painting.

After stoppage for a while due to the COVID-19 epidemic, his studio resumed work three months ago. Ever since, they have finished over 4,000 square meters of murals. 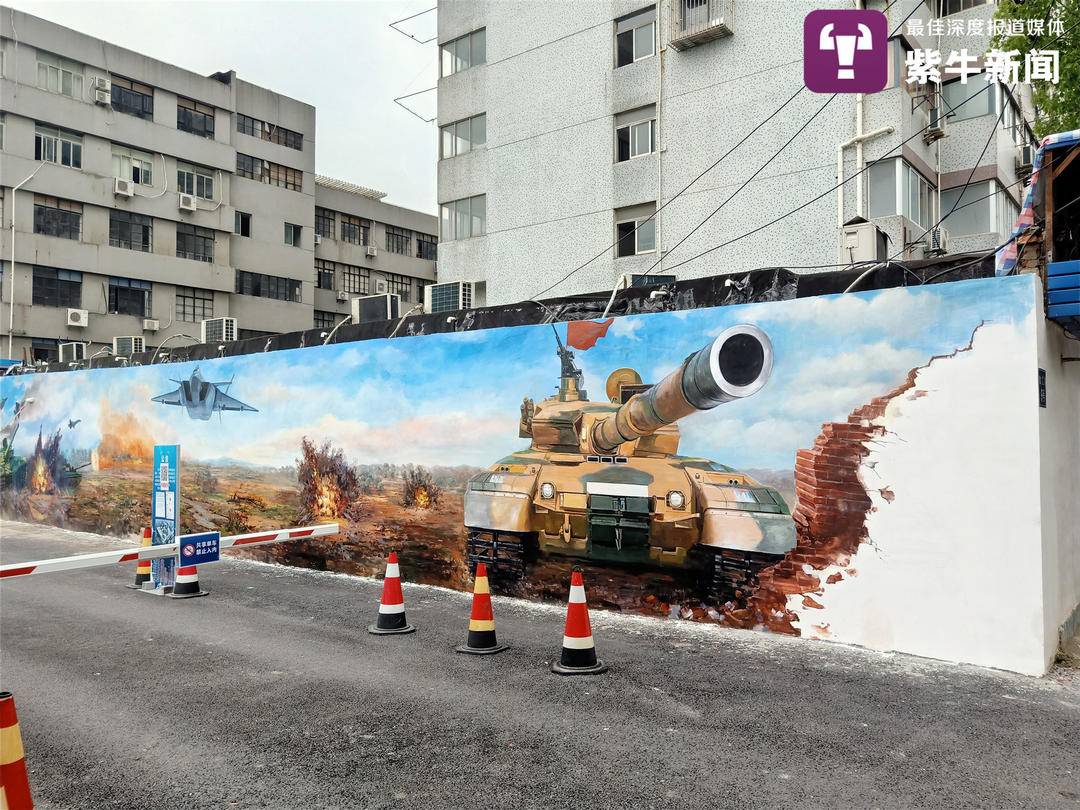 The photo shows a mural painted by Hu's team.

Hu comes from Changsha, the capital of Central China's Hunan Province.  Hu was diagnosed with hearing loss when he was a child. After spending most of his childhood seeing doctors, he went to a special education school in Anhui Province at the age of 12, where he found himself strongly interested in art. Hu furthered his studies in art and finally entered a college in Changsha with a major in advertising art and design.

He got interested in mural painting in 2011. When he passed a street wall in Shanghai, he saw a painter freely painting on the wall. The vivid pictures attracted him, so he stayed a while and communicated with the painter by writing on paper. The man he met was Fang Wenguang, an extraordinary muralist in China, who later became his teacher. In Shanghai, Hu also acquainted with the "Modern Day Michelangelo" Rainer Maria Latzke, a world-leading fresco artist.

In 2014, Hu set up a mural-painting studio in Changsha.

"At first, there were only three staff in the company. I was the painter, and the other two were in charge of purchasing materials and advertising respectively. We didn't have money nor an office, and it was so hard for us who can't hear to communicate with people," Hu said. 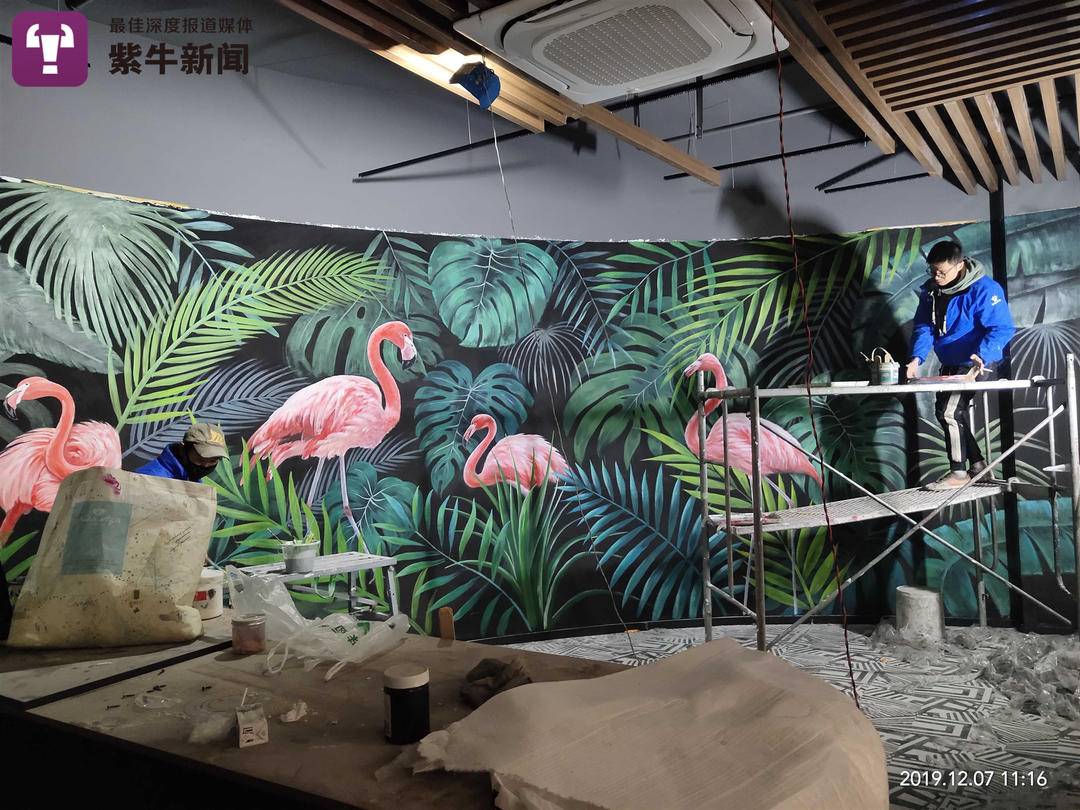 A muralist from Hu's team paints the wall.

He added that they had to connect with clients by writing or typing and set the price far lower than market value to retain customers.

After some time of operation, he started to hire new staff and preferred hearing impaired people. Hu instructed them in mural painting. In his company, more than thirty part-time painters have hearing loss.

Wall painting is a demanding job because it requires people to work outdoors, whether in extremely cold or hot weather.

Their efforts paid off. They have grown the company and undertaken more than 10 projects in Shanghai this year.

The 53-meter long Nintendo-themed mural, covering an area of more than 200 square meters, was created by four deaf painters of his company who took a whole month to finish it. 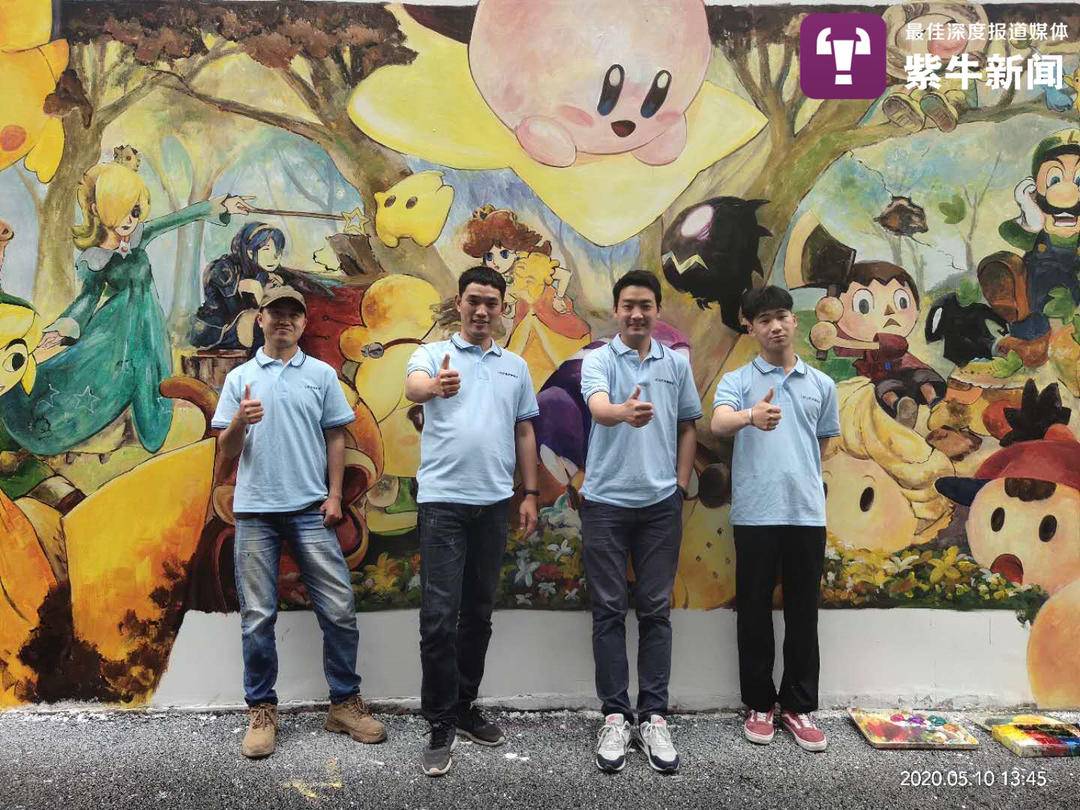 Hu and his team stand in front of a mural painted by themselves.

Now his company headquarters in Changsha and has an office in Shanghai. So far, his company has won many awards.

The past six years have seen Hu's struggles and efforts to build and operate a start-up. He thanked the government and the China Disabled Person's Federation for their policies and support. Having been affected by the COVID-19 epidemic, his company received much assistance not only from the government but also from charitable institutions, enterprises and people.

Hu said that he aimed to lead the hearing-impaired to earn a living on their own and he would make his team bigger and more professional.

They would be more dedicated to mural painting and connect to the world through art, he added.