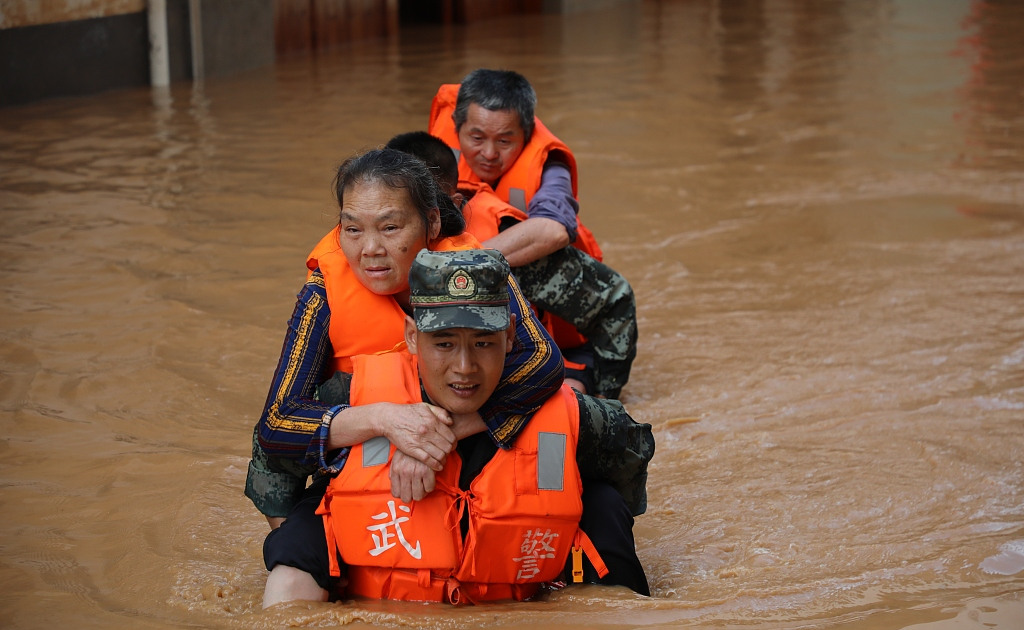 The province initiated its level IV flood-control emergency response starting at 6 p.m. Saturday, according to the provincial flood control and drought relief headquarters.

The extreme weather has caused direct economic losses of 2.65 billion yuan (about 400 million US dollars) after destroying farmland and houses. A total of around 83,000 people were evacuated during the period.

The meteorological department predicts that Jiangxi will see a rainstorm moving from north to south from June 12 to 14, with heavy downpours in some areas.