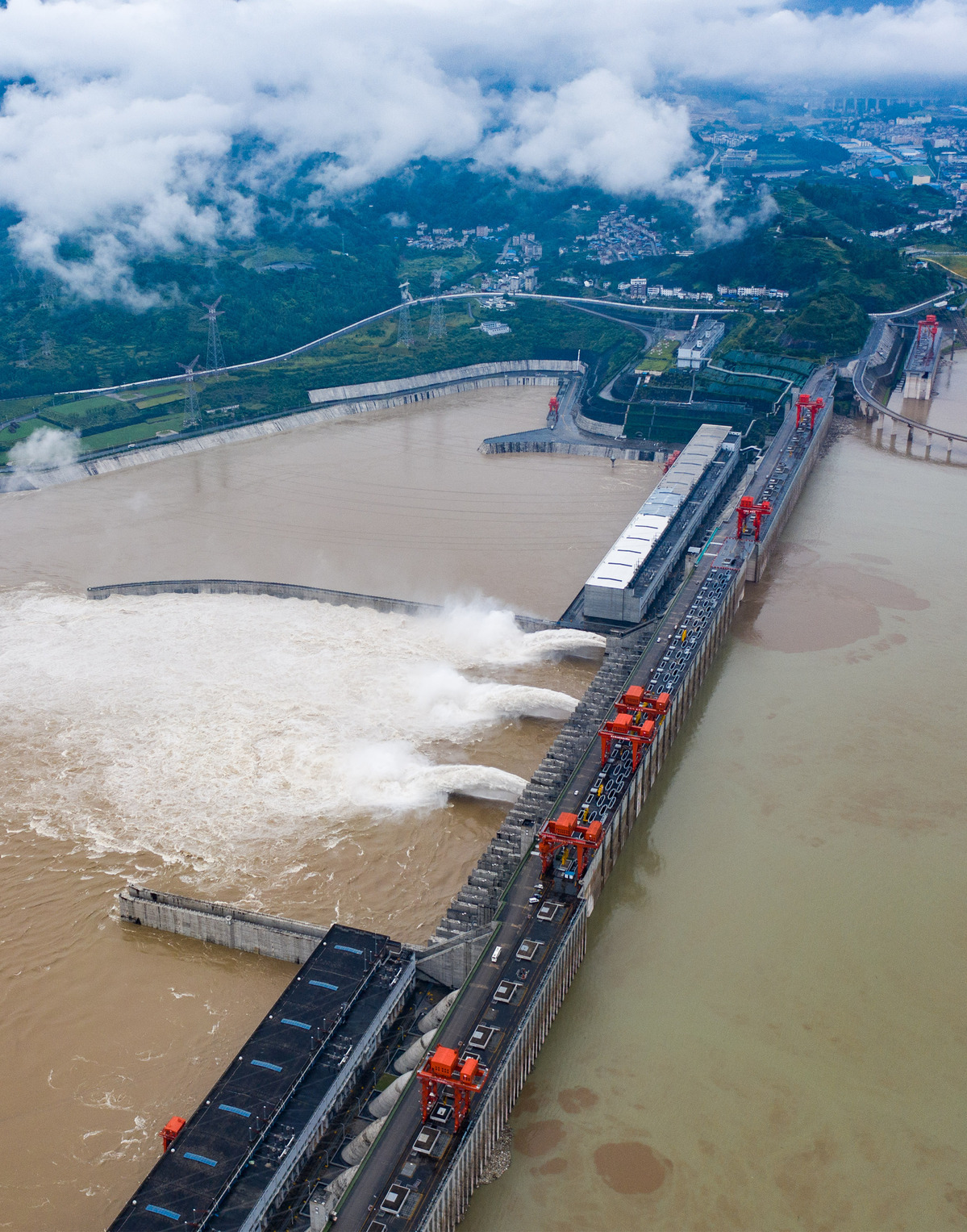 The Three Gorges Dam in Yichang, Hubei province discharges floodwaters on Thursday to prepare for the arrival of the Yangtze River's first flood this year. (Photo: Xinhua)

Heavy rainfall will continue to hit southern China for the first half of July, following continuous rainstorms in some of the country's regions since June 2 that have caused big losses of life and economic damage, according to meteorological and emergency management agencies.

Since flood season started in March, the country has seen 24 regional strong convective weather processes, and in June eight rounds of short-term thunderstorms, gales or hail occurred, according to China Meteorological Administration.

In June, the average precipitation was 112.7 millimeters, 13.5 percent above average. Nearly 60 percent of counties in South China experienced rainstorms in June, mainly in the provinces of Guizhou and Sichuan, Chongqing municipality, and the Guangxi Zhuang autonomous region, the administration said.

"Winds from the south and the west have continuously transported water vapor from the South China Sea and the Bay of Bengal to the Yangtze River, providing abundant water," Zhang Fanghua, chief forecaster with the National Meteorological Center, said on Friday.

At the same time, cold air from North China continued to move southward, meeting warm air and providing dynamic conditions conducive to the occurrence of heavy rainfall, she added.

By Sunday, the sustained rainstorms had affected 12.1 million people scattered across 13 provincial regions along or south of the Yangtze River, killing 78, ruining almost 80,000 hectares of crops and leading to 25.7 billion yuan ($3.6 billion) in direct economic damage, according to the latest national data available from the Ministry of Emergency Management.

Wang Zhihua, deputy head of the disaster relief and public service department of the China Meteorological Administration said at a news conference on Friday that until July 13 there will be more rainfall in southern regions than in previous years.

Precipitation could reach 100 to 300 millimeters in areas along the Huaihe River, the Hanjiang River, the Yangtze River and part of Southwest China, about 50 to 80 percent more than in previous years, he said.

"The rain in July and accumulated impacts brought by the rain in June will raise risks for torrential floods and other geological disasters in these areas," he warned.

According to the administration, the rain belt in the eastern parts of China will move northward starting from mid-July.