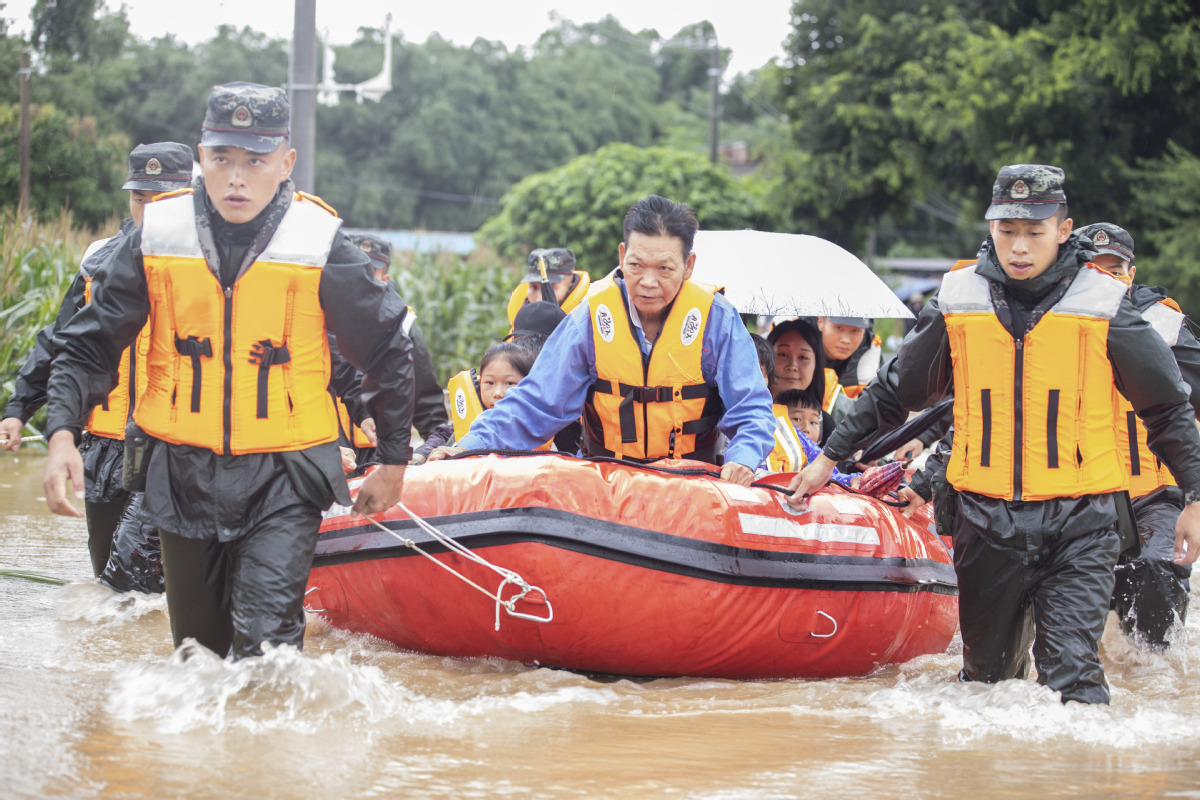 Rain is expected to continue across China this week, with some southern provinces issuing alerts and evacuating residents ahead of possible flooding.

From Monday through Sunday, most parts of China will experience downpours, and parts of the eastern and southern provinces of Jiangxi, Zhejiang and Guangdong and the Guangxi Zhuang autonomous region are forecast to be hit by storms or hail, the National Meteorological Center said.

"This round of rain is forecast to be stronger than that seen from June 3 to 6 and is more likely to cause disasters," the center said.

The center renewed its blue warning for heavy rain on Sunday morning, the lowest level of the nation's four-tier system.

The China Meteorological Administration issued a level IV emergency response to the rain nationwide on Sunday as it is expected to fall in areas that have suffered from downpours over the past several weeks.

Guangxi, which has experienced more rain than other areas of China, is seeing floods in its low-lying areas.

From May to early June, the amount of rainfall in the region was the highest in 43 years over that period, Liu Guozhong, a chief forecaster from the region's meteorological service said.

On Saturday, more than 100 firefighters went to a village in Guangxi's Beihai city to evacuate more than 200 people from flooding, with the water level up to 2 meters due to the heavy rainfall, the fire rescue command center said.

Elsewhere, more than 1.1 million residents in East China's Jiangxi province were affected by torrential rain and flooding from May 28 to Friday, local authorities said.

The province initiated a level IV flood-control emergency response on Saturday, according to the provincial flood control and drought relief headquarters.

The extreme weather destroyed houses and farmland, resulting in economic losses of 2.65 billion yuan ($400 million). Around 83,000 people were evacuated during the period.

The meteorological department predicted that Jiangxi will see a rainstorm moving from north to south from Sunday to Tuesday, with heavy downpours in some areas.

Meanwhile, temperatures will be high in places unaffected by the cold air, including the western part of North China, the National Meteorological Center said.

On Monday, temperatures will be around 30 C in Shanxi and Henan provinces and their surrounding areas. The center reminded residents there to avoid going out at noon to prevent sunstroke.