CHINA Heavy rains to soak over half of China

Heavy rains to soak over half of China 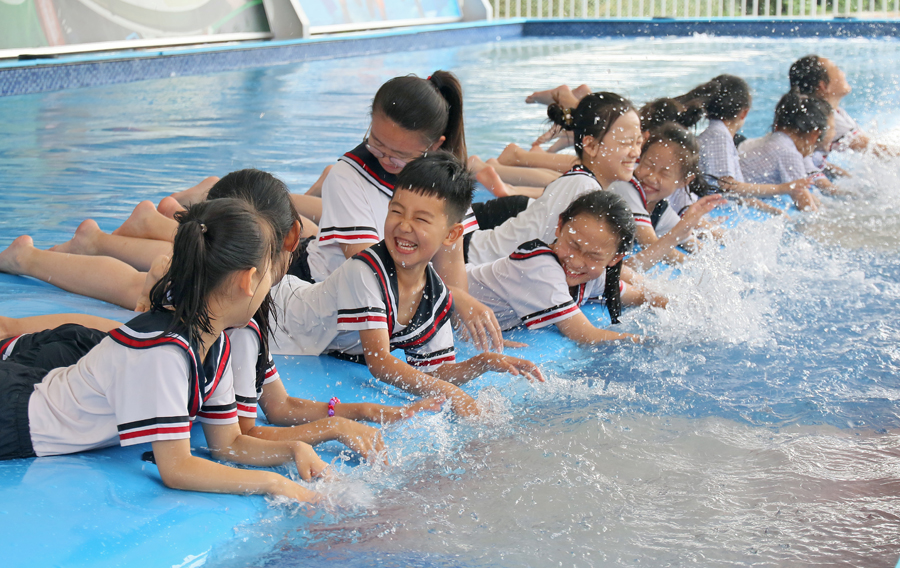 The upper reaches of the Yangtze River basin will continue to be plagued by heavy rain over the coming three days, but people along the middle and lower reaches of the river will face scorching temperatures of more than 35 C in the coming week, weather forecasters say.

Since the flood season began on May 1, precipitation in Sichuan, in the upper reaches of Yangtze, has been 40 percent above average, local flood control authorities say. And the flood control situation in the province remains grim.

Rainstorms in the Sichuan cities of Guangyuan and Mianyang dumped up to 257 millimeters of water on Saturday, according to the National Meteorological Center, and the rain will continue in the province until at least Wednesday. Some areas of neighboring Gansu province have also had rain.

Only a small area of China had rain on Sunday, but it will expand to more than half the country from Monday to Wednesday, with Sichuan to be among the most severely hit.

In the 24 hours beginning at 8 am Sunday, some parts of the province in the western Sichuan Basin are expected to receive up to 200 millimeters of rain. Precipitation in the province will decrease in the following 24 hours, but some areas can still expect up to 130 millimeters, according to the center.

The continuous rain has flooded parts of the Yangtze and some of its major tributaries. On Saturday, almost 100,000 people were temporarily evacuated when flooding reached its peak in Chongqing, along the upper reaches of the river.

The Jialing and Yangtze rivers exceeded their warning levels by 5.92 meters and 3.78 meters, respectively, as the flood peaked in the city, local flood control authorities said. Chongqing has coordinated with multiple dams, including the Three Georges, to discharge floodwater.

Torrential rain in Sichuan and Gansu forced the evacuation of almost 130,000 people and resulted in direct economic losses of nearly 3.9 billion yuan ($583 million) as of 10 am Thursday. Fifteen people were killed and four remained missing, the Ministry of Emergency Management said on Saturday.

The ministry said it sent emergency relief supplies to severely flooded areas in the two provinces on Friday, including 8,000 tents, 8,000 folding beds, and 50,000 coats and blankets.

Heavy rains triggered a landslide on Thursday in Nanyu, a village in Zhugqu county, Gansu, but so far no casualties have been reported.

The National Meteorological Center has warned of possible natural disasters, including flooding and mountain torrents, caused by the continuous rain in western parts of the Sichuan Basin.

The center said some areas in Hunan, Hubei, Jiangxi, Jiangsu, Zhejiang and Shandong provinces, most of which are located in the middle and lower reaches of the Yangtze River, will see high temperatures of 35 to 37 C in the following week.

And temperatures could soar as high as 39 C in some parts of the Xinjiang Uygur autonomous region, according to the center.