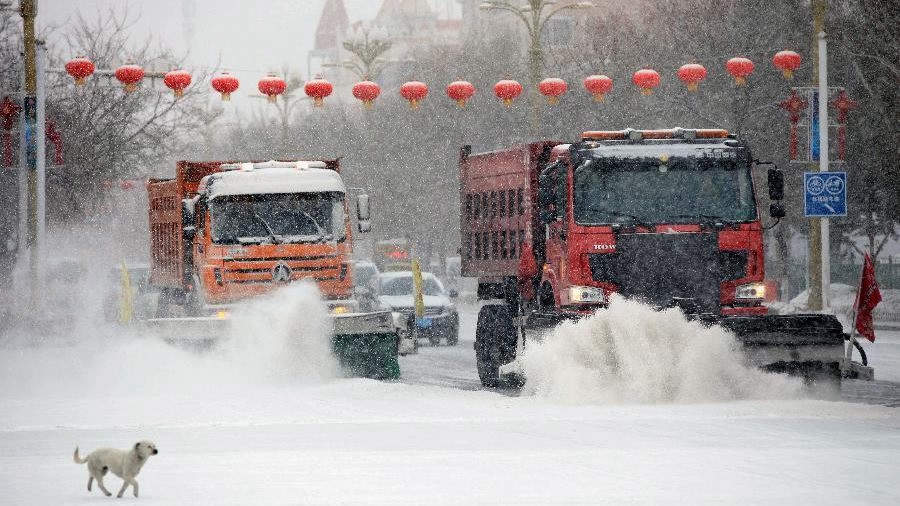 China's meteorological authorities on Sunday morning issued a blue alert for heavy snow in the northern and western regions including Shaanxi, Shanxi, Henan and Hebei provinces as well as Beijing and Tianjin municipalities.

The meteorological observatory in Shanxi upgraded the heavy snow warning from blue to yellow, and issued a yellow warning of road icing on Sunday.

The provincial traffic management bureau said several expressways in Shanxi are closed. Rescuers have been sent to clear snow on road sections where vehicles are stranded.

The urban management department in Taiyuan, capital of Shanxi, on Sunday dispatched 812 vehicles and sprayed 2,167 tonnes of snow melting agent to clear snow and ice on road.

In Henan Province, snow affected road, railway and air traffic. Trains on the Beijing-Hong Kong high-speed railway are required to limit speed when passing through the province.