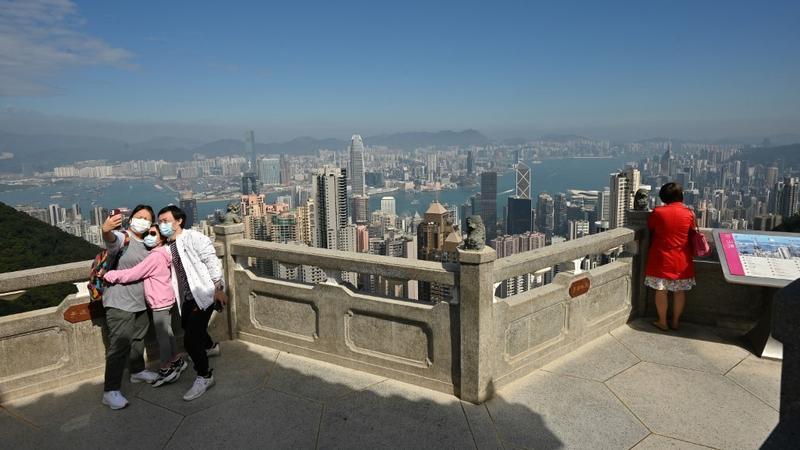 Visitors take photos at a lookout at Victoria Peak in Hong Kong on Dec 29, 2020. (Photo: Agencies)

Vice-chairman of the National Committee of the Chinese People's Political Consultative Conference Tung Chee-hwa said the improvement to Hong Kong’s electoral system is essential to the benefit of all Hong Kong residents, and will offer institutional protection to Hong Kong’s long-term stability.

Tung, who is also the former chief executive of Hong Kong, pointed out that Hong Kong has reached a key juncture and reform is a must. Noting that having patriots take prime public office positions is an internationally recognized principle, he said he believes it’s a collective wish for Hong Kong people to see the city governed by patriots.

The improvements will be undertaken via a two-step approach, said Wang Chen, vice chairman of the Standing Committee of the National People’s Congress. The NPC will make a decision, and the NPC Standing Committee will amend Annex I and II of the HKSAR Basic Law, relating to the selection of the chief executive of the HKSAR, and the formation of the city’s legislature and its voting procedures respectively, Wang said.

According to an explanatory speech by Wang, the draft decision proposes to reconstruct the HKSAR Election Committee, which elects the SAR’s chief executive. The committee will also be entrusted with a new function of electing a relatively large share of Legislative Council members and directly participating in the nomination of all LegCo candidates.

Leung Chun-ying, a vice-chairman of CPPCC National Committee who is also a SAR former chief executive, cautioned that Hong Kong may never regain peace if the flawed electoral system remains.

Leung said he believes the proposed improvement will enable the committee, which plays a key role in Hong Kong’s electoral system, to better fulfill its duty. He also expects the move will further improve the city’s executive and legislative relationship.