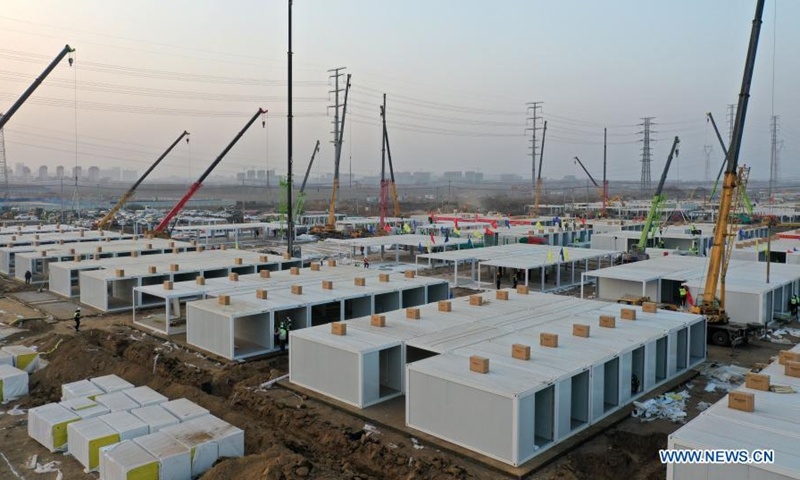 An epidemiologist and director of the emergency response office of the Centers for Disease Control (CDC) of North China's Hebei Province said on Tuesday that the province is still at a critical point in epidemic prevention and control, but a turning point is expected given the downward trend in new cases from Sunday.

Shi Jian said that despite the downward trend, further cases are likely to emerge in coming days given the nature of the outbreak's development and the long incubation period of COVID-19.

Shi expressed hope for an inflection point in the number of new cases.

It was announced at the press conference that Shijiazhuang plans to organize a third round of citywide nucleic acid testing from Wednesday to be completed within three days, as the city reported another five confirmed local cases and one new asymptomatic carrier on Tuesday as of press time. The total number of cases in Shijiazhuang has reached 771.

Hebei has recorded 822 confirmed cases of COVID-19 from January 2 to Tuesday as of press time.

In another development, the People's Liberation Army Central Theater Command has organized the first medical support team, including 105 medics and logistical support staff, to help local staff in Shijiangzhuang in the fifth round of nucleic acid testing.

During the new round of testing, residents are requested to continue to stay at home for quarantine.

Famous medical experts including Zhang Boli, an academician with the Chinese Academy of Engineering who is one of the top-level consultants in the fight against the COVID-19 outbreak in Central China's Hubei Province last year, have arrived in Hebei to provide assistance.

The press conference also said that a total of 606 rooms and supporting facilities were delivered to a COVID-19 quarantine site in Shijiazhuang, and another 1,173 units are set to be ready on Wednesday.

There are currently three high-risk areas in Hebei - Gaocheng district, Xinle district and Nangong city, and a number of medium-risk areas.