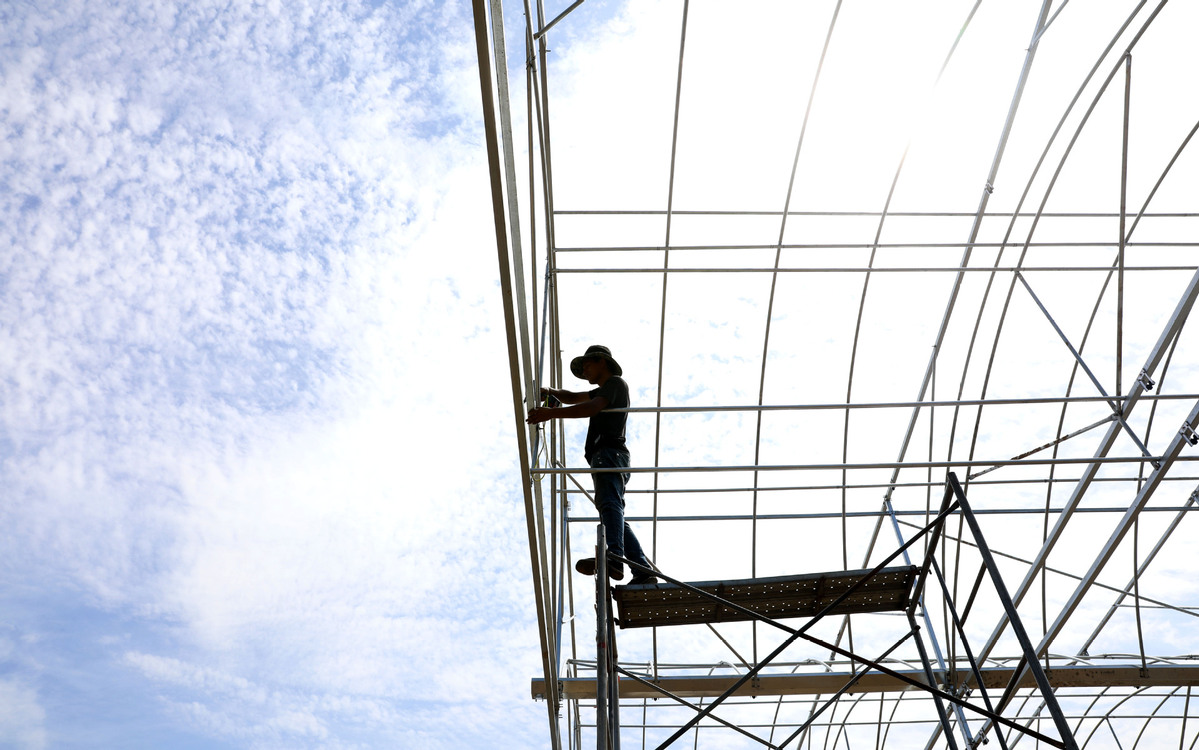 A worker works on a construction site under a cloudy sky in Shijiazhuang, Hebei province, on Aug 4, 2021. (Photo: Xinhua)

North China's Hebei province saw its lowest monthly reading for PM2.5 in July since monthly record-keeping began in 2013, according to the province's department of ecology and environment.

The average concentration of PM2.5 — airborne particulate matter 2.5 micrometers in diameter or smaller that are especially harmful to people's health — in July stood at 21 micrograms per cubic meters, down 40 percent year-on-year, according to the department on Wednesday.

In addition, the monthly average density of PM2.5 for four consecutive months since April reached the national second level standard of 35 micrograms per cubic meter.

During the period from January to July, the average density of PM2.5 was 41 micrograms per cubic meter, a reduction of 14.6 percent year-on-year, while the number of days with good air quality reached 144, an increase of seven days over the same period last year.

Hebei, which neighbors Beijing, has been nagged by bad air quality for years because of the province's long-existing heavy industries, including iron and steel and other emitters.

However, the situation has improved in recent years under multiple measures taken by the local government to provide a better living environment for residents.

This year, 10 major measures are in place. To cut pollutants, Hebei has shut down three iron and steel factories and eliminated 64 highly polluting facilities, such as furnaces and coal-fired units.

Other measures include controlling coal consumption, vehicle emissions, dust and the burning of straw and garbage.