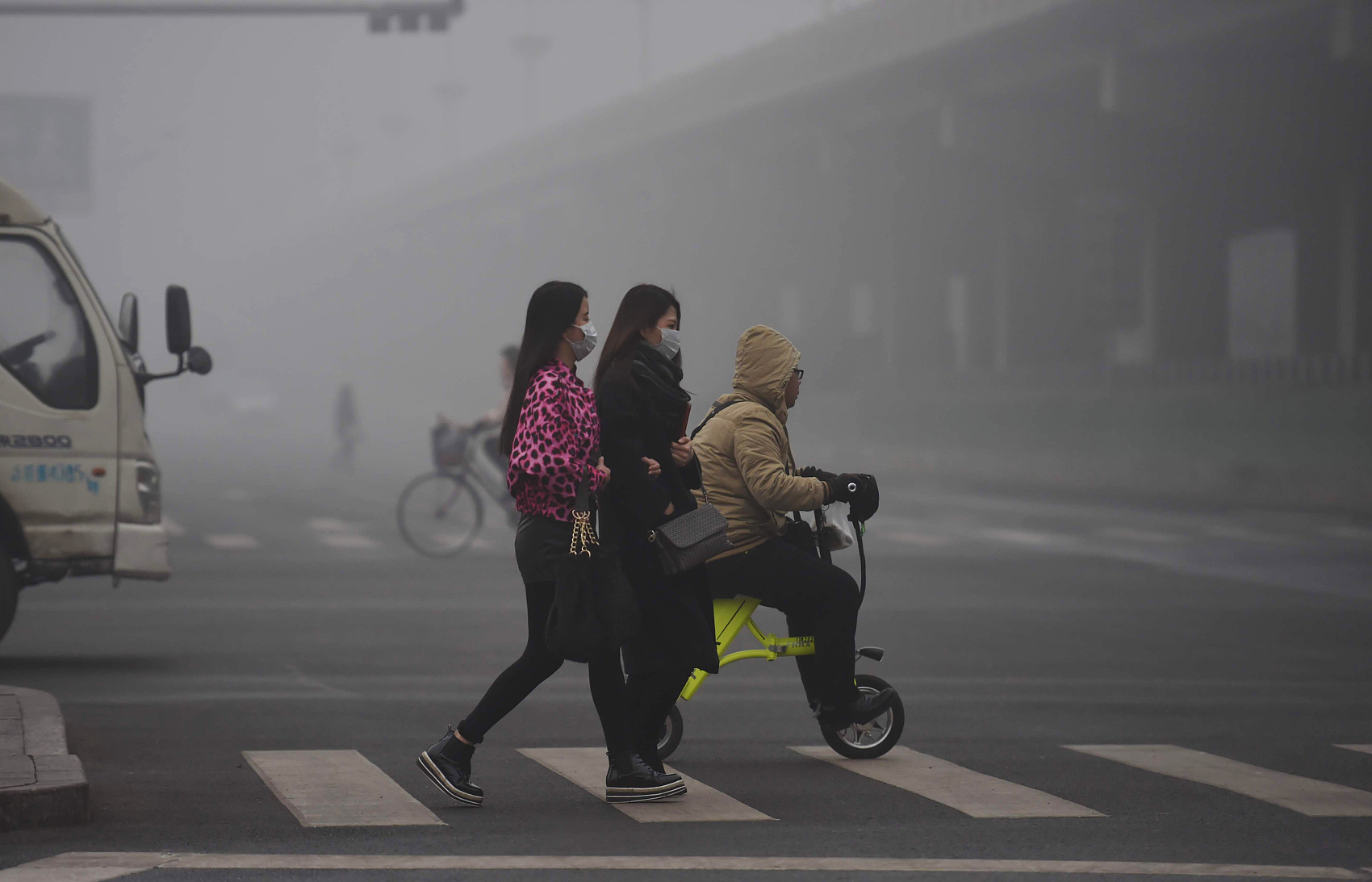 North China's Hebei Province has announced that it has reached the goal of cutting its PM 2.5 level by a quarter, well ahead of time, while experts have suggested that the region keep improving the monitoring of air quality and get the public to join in.Hebei has been pushing for better management of its air pollution in recent years, which has had an effect on air quality - the reaching of the PM 2.5 goal two years ahead of the "Ten Articles" mandate, Gao Jianmin, head of the Provincial Environmental Protection Dept, said at an Environmental Protection Ministry (MEP) press conference on October 31, 2017.The Ten Articles, actually the Air Pollution Prevention and Control Action Plan, was announced by the central government in 2013.Gao said that Hebei has resolved some serious issues, such as too much heavy industry involved in the industrial structure, fossil energy in the energy structure, and road transportation in the traffic structure."Hebei has cut the iron-making capacity by 20.2 million tons and of steel, 22.6 million, and has cut SO2 emissions by 128,400 tons," Gao noted. He added that 108,500 "scattered pollution" enterprises had been put under better management and 1,563 government officials had been punished for negligence in reducing air pollution."Hebei's a neighbor of Beijing and Tianjin and was having issues with its industrial discharges as well as the use of diesel fuel, both of which it has come up with specific measures for," Wang Gengchen, a research fellow at the Chinese Academy of Sciences' Atmospheric Physics Institute, told the Global Times on Tuesday.However, Saturday data from the MEP showed the Beijing-Tianjin-Hebei area with its air quality worsening in the first three quarters with levels of the key pollutants, PM2.5 and PM10, rising, the Xinhua News Agency reported."In addition to improving air pollution controls and emissions reductions, climate is another thing that needs to be watched in relation to air quality," Wang said, adding that people need to regard pollution in a scientific way and understand we cannot reach the goal in two years. "Managing air pollution has to be better and more systematic, with the whole public taking part in improving the environment," Wang said.The Beijing Municipal Environmental Protection Bureau said on Tuesday that it has increased air pollution inspections and law enforcement work with Tianjin.