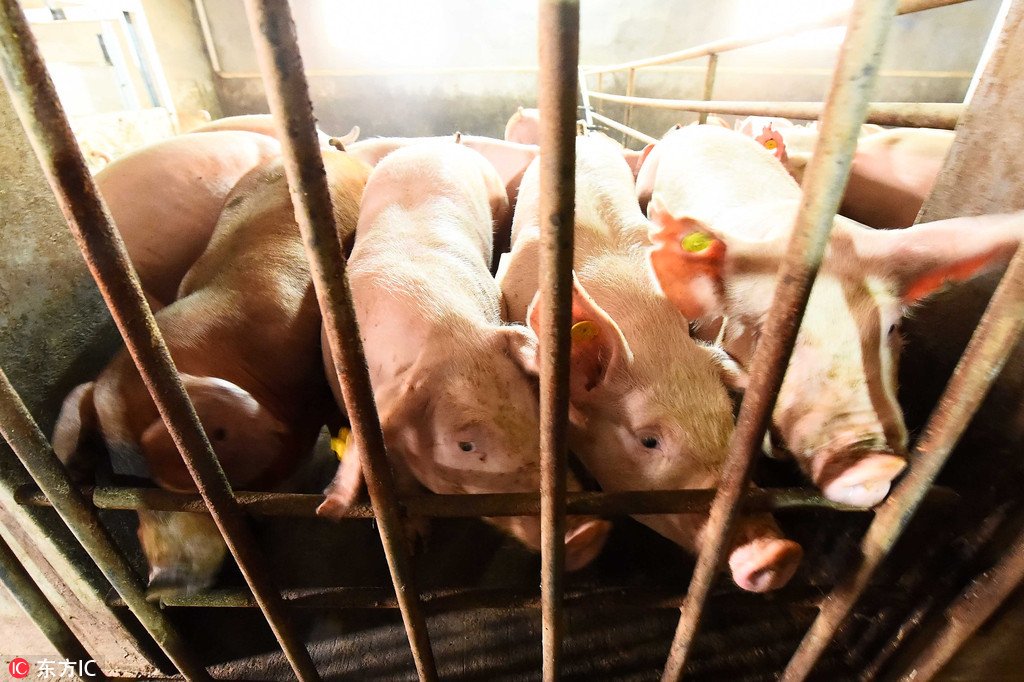 The Ministry of Agriculture and Rural Affairs reported the outbreak of the disease in the city of Zhengzhou on Thursday and said the slaughterhouse had bought 260 pigs from a market in Tangyuan County, Jiamusi in Heilongjiang.

Heilongjiang Animal Husbandry and Veterinary Bureau said it was found that the pigs were from a local company. They traveled 2,000 km and arrived at Zhengzhou on Aug. 14.

The experts are probing the epidemic in the company and taking samples for testing, officials with the bureau said.

Earlier this month, an outbreak of African swine fever was discovered in a farm in Shenyang, capital of northeast China's Liaoning Province. It was China's first outbreak of the disease.