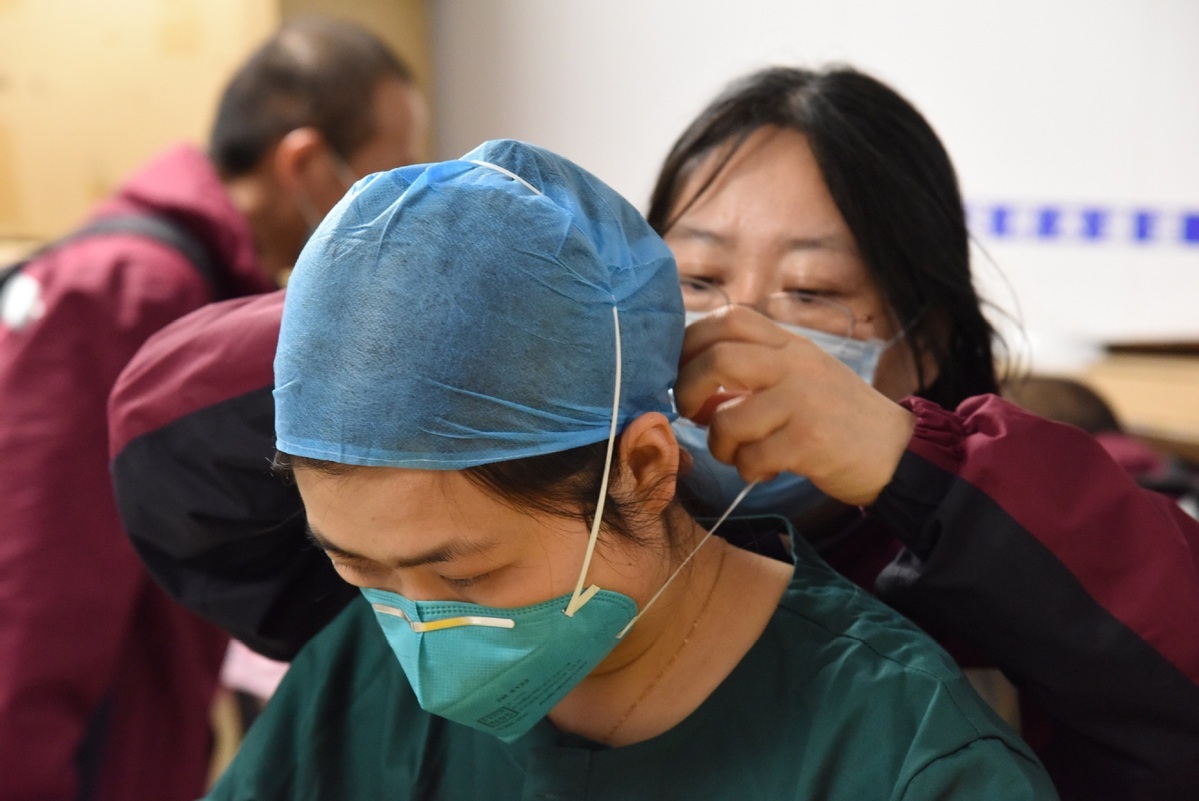 A medical worker gets prepared to enter a mobile laboratory in Suifenhe, Northeast China's Heilongjiang province, on April 13, 2020. (Photo: Xinhua)

Authorities in Heilongjiang province reported on Tuesday that a total of 289 medical workers from around the country had begun their work in Suifenhe and Mudanjiang to counter the rapidly rising numbers of imported COVID-19 cases.

"As of Monday, the city had a total of 322 confirmed cases, six suspected cases and 38 asymptomatic cases," Hao Jun, an official of the provincial health commission said at a news conference on Tuesday. "Medical teams from Mudanjiang, with 433 workers, and another 1,000 from other parts of the province have been organized and will begin work if needed."

Hao also reported the epidemiological investigation results of the 366 imported COVID-19 cases that entered the Chinese mainland via the highway port of entry in Suifenhe, a county-level city administered by Mudanjiang on the Russian border.

"The investigation showed that some of the imported patients had been infected in the environment in which that they had lived and worked abroad. Most of them worked in two large-scale markets in Moscow," he said. "During the long trip in a closed environment, including several changes of vehicle, they couldn't avoid close contact. So the risks of spreading infection greatly increased."

Designated hospitals in Suifenhe and Mudanjiang, as well as a makeshift hospital that had been converted from an office building, have a total of 1,230 beds, Hao said, adding that the daily coronavirus testing capacity had improved to 1,600 since a mobile negative-pressure laboratory began operating on Monday.

The health commission reported 14 new imported cases on Wednesday, including 12 cases returning from Russia, one from Italy and one from Japan, bringing the total to 340. Eight new cases of local transmission were also reported.

As of Tuesday, the province had 19 local confirmed cases, five local asymptomatic cases and 52 imported asymptomatic patients, with one new case reported.