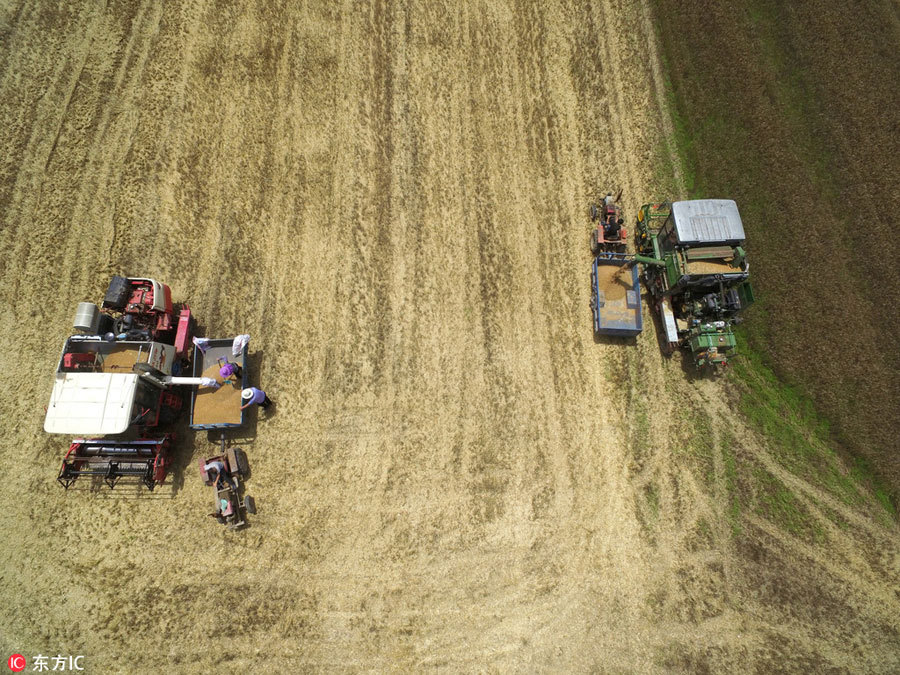 Henan province is looking to strengthen its role as one of the country's largest grain production and processing bases and increase the sector's annual output value to 400 billion yuan ($56.4 billion) by 2025, under a guideline released by the provincial government on Monday.

Covering a large part of the fertile and densely populated North China Plain, the province has been a major production base for wheat, corn, rice and vegetable oil crops such as peanut and sesame.

An indicator of processing efficiency, the conversion rate — from raw material to final product — of grain and oil processing will be increased to more than 90 percent, according to the guideline. Previous media reports, citing local authorities, said the rate in Henan had reached 86 percent in 2018.

The industrialization rate of staple food production — wheat being the most important one — will reach 65 percent in 2018, the guideline said.

Logistics systems in the grain production sector will also be strengthened, according to the guideline.