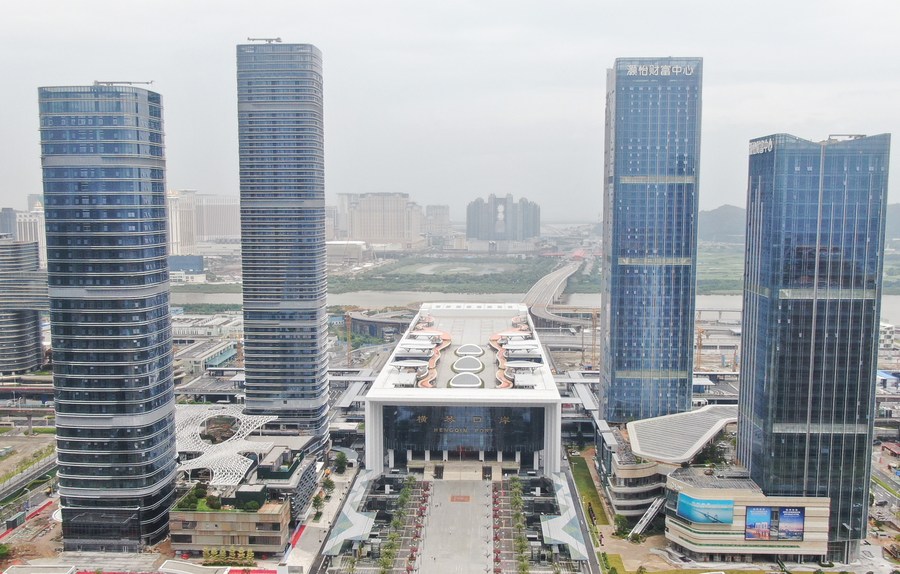 The planning of the new Hengqin cooperation zone has been a challenge and an opportunity for Macao as there is no precedent to follow in creating "not just any development zone", the special administrative region's leader said on Sunday.

In an interview with China Central Television, Ho Iat-seng, chief executive of the Macao SAR, said it has appointed young, capable civil servants who are familiar with mainland affairs to seek quality institutional and policy development in the new Guangdong-Macao in-depth cooperation zone.

On Sept 5, the general plan for building the cooperation zone in Hengqin, issued by the Communist Party of China Central Committee and the State Council, was made public.

The 106-square-kilometer area, across the sea from Macao in the southern part of Zhuhai, Guangdong province, is three times Macao's size. It aims to make up for the shortage of land resources in Macao and create favorable conditions for the SAR's diversified, industrial developments.

According to the plan, the zone will serve as a new platform for Macao to diversify its economy and provide a new home for its residents to work and live in, as well as land for the national plan to build the Guangdong-Hong Kong-Macao Greater Bay Area.

He said that the operation of the Hengqin plan would be innovatively overseen by the governor of Guangdong province and the chief executive of the Macao SAR. This would bring about a new development model that is conducive not only to developing this cooperation zone, but also to the deepening of reform and opening-up.

The Macao SAR government has submitted to central authorities its plans to set up the management and executive agencies in Hengqin, including assigning its elite public service team to the executive branch.

To create favorable conditions for Macao's diversified industrial developments, the cooperation zone will enjoy favorable policies in the coming years, such as an exemption from income tax margins, a reduction and gradual disappearance of charges for long-distance phone calls and cross-border internet connections between the two places, increasing convenience for Macao-registered vehicles going to and exiting Hengqin and the joint building of regional medical centers by Guangdong and Macao.

Sci-tech research and development and high-end manufacturing will be developed in the area along with traditional Chinese medicine and other traditional industries of Macao, such as tourism and culture, convention and exhibitions.

Ho said the cooperation zone will continue to advance the interconnectivity of infrastructures to gradually make it compatible with Macao's public, healthcare and social security systems.